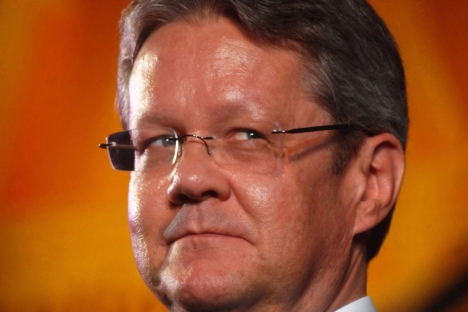 The Russia-Netherlands Bilateral Year is expected to cost over $26 million. Organizers are confident that it will be worth it: The year-long event is expected to give impetus to bilateral cooperation, increase trade and help both countries better understand each other.

More than €20 million ($26.2 million) will be spent on the Russia-Netherlands Bilateral Year, which is set to kick off on April 8, according to the Russian president’s special envoy for international cultural cooperation, Mikhail Shvydkoy.

“I believe the total expenditures [for holding events as part of the bilateral year] by each side exceed €10 million. This is the optimal amount,” Shvydkoy told a press conference in Moscow, adding that no precise estimates had yet been made.

The special envoy noted that, in Russia, the bulk of the money will come from the budget, while, in the Netherlands, the majority will be given by private companies.

In his turn, the Dutch ambassador to Russia, Ron Keller, said that his government would spend €2 million ($2.6 million) on the bilateral year, with the rest of the money to be raised from private-sector partners.

“It is worth it,” said Shvydkoy. “Bilateral years like this one are not just an opportunity to spend money. This is like sowing seeds that should blossom into flowers in due time. I am confident that such years give an impetus for the future.”

Both sides will hold a total of around 400 events during the bilateral year, split fairly evenly between Russia and the Netherlands.

“The number of events will increase,” Ambassador Keller said. “On Monday [April 8], there were 300 planned, and now there are 400 – which only goes to show the interest both the Dutch and the Russian sides are expressing in the year.”

According to Keller, the emphasis will be on the economy: Many business events are planned as part of the program. The key one is the St. Petersburg Economic Forum, which Dutch Prime Minister Mark Rutte is planning to attend.

The Russian Business Days will take place in Rotterdam on May 14­-17, followed by an energy forum several weeks later in Groningen – the natural gas capital not only of the Netherlands, but also of the entire region.

An agricultural exhibition in Moscow and a shipbuilding show in St. Petersburg will also be organized.

“By placing a special emphasis on economic cooperation, the Netherlands will be able to make a further contribution to the advancement of the Russian economy,” said Keller.  “Our trade will reach $100 billion,” Shvydkoy confidently told journalists.

Trade between Russia and the Netherlands reached $82.7 billion in 2012.

The bilateral year’s cultural program is also full. Already, visitors to the Drents Museum in the Dutch town of Assen can view Socialist-realism paintings from 1932–1960, from the collection of the State Russian Museum’s “Soviet Myth” exhibition. The museum is presenting works by Kazimir Malevich, Alexander Deineka, and other painters that glorified Soviet workers and family values.

On June 25, the Moscow Theatre of Nations will stage an Amsterdam performance of “Circo Ambulante” – the free fantasy of avant-garde director Andrey Moguchy, loosely based on the story of “Don Quixote.” From June 29 to Sept. 1, Groningen will host a show of comics and caricatures of the best-known Russian politicians, including Joseph Stalin, Vladimir Lenin, Boris Yeltsin, Dmitry Medvedev and Vladimir Putin.

In addition to this, classic Russian films will be shown every month. Fedor Bondarchuk’s “War and Peace” and Andrey Tarkovsky’s “Stalker,” for example, will be screened in Rotterdam in April, while Andrey Zvyagintsev’s “The Banishment” and Nikita Mikhalkov’s “12” will be shown in Groningen in September.

The key cultural events in Russia will include an exhibition of a collection of Dutch group portraits (Sept. 2 – Jan. 13), as well as concerts by the Rotterdam Philharmonic Orchestra and the Royal Concertgebouw Orchestra; the latter will also celebrate its 125th anniversary this year.

“We believe that, through the arts and an exchange of cultural values, we can advance our relationship and contribute to the development of our nations,” Ambassador Keller said.

The third ­ civic and political ­ block will develop cooperation in the legal and scientific spheres, working to foster a dialogue between representatives of civil society in both countries.

“We hope to organize a Russian-Dutch civil society forum in the Netherlands in September. It should become a very important event, to be attended by civic organizations from both countries. This will be an opportunity for them to share experiences and discuss the most pressing matters,” said Keller.

“Our partnership [between Russia and the Netherlands] has a very long history, but all events planned for 2013 will give it a new impetus. We must realize that close cooperation is necessary for us to be able to meet future challenges,” the Dutch ambassador said.