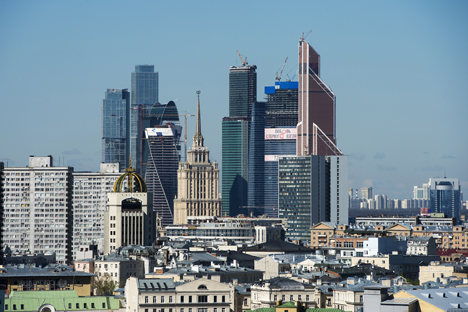 The Public Opinion Laboratory (LIOM) has published its ranking of the most business-friendly Russian governors.

Topping the rankings of business-friendly Russian governors, according to LIOM, are the heads of the Sverdlovsk Region, the Khanty-Mansi Autonomous District, and the Republic of Tatarstan.

The three leaders have different business promotion models, but the basics are the same – transparency and effective tools to support small and medium businesses.

The Sverdlovsk Region is one of the fastest-growing in Russia, LIOM said in its study.

Its location, developed manufacturing sector and research institutions provide a strong foundation for modernization and development in the region, while new projects can attract increasing volumes of investments and support entrepreneurship.

The region’s investment policy envisions its transformation from an old industrial region into a high-tech center. According to the Sverdlovsk Region's governor, key economic indicators improved in 2012.

Specifically, capital investments went up by 2.5 percent to 341 billion rubles (about $11 billion), while foreign investments trebled to $5.2 billion, the highest since the early 2000s.

Yekaterinburg plays host to major international events on a regular basis and has submitted a bid to host the World Expo 2020. The four other bidders are Dubai (the UAE), İzmir (Turkey), Ayutthaya (Thailand) and São Paulo (Brazil).

Maria Glukhova, managing director for economic policy and competitiveness at the Russian Union of Industrialists and Entrepreneurs, calls the Urals region “a role model in many areas.”

The Khanty-Mansi Autonomous Area, which ranks second in the Kommersant Vlast list of business-friendly regions, is in a different situation because of its somewhat unique status.

On the one hand, the area is an oligopoly, home to oil and gas giants Rosneft, Gazprom, LUKOIL, Surgutneftegaz, TNK-BP, Slavneft and Russneft.

The dominance of these companies complicates business development on a regional scale. The authorities are currently trying to reduce the influence of oil and gas majors by promoting small and medium-sized business.

To this end, the region has adopted a program under which the regional government reimburses entrepreneur training expenses and provides grants.

The region also has a rapidly developing sports and tourism cluster: in 2012 inflows of Russian tourists increased by 12.2 percent year-on-year to 450,000 people.

Like the Khanty-Mansi Autonomous District, the Republic of Tatarstan places great importance on small and medium-sized business, having developed the relevant infrastructure since 2004.

Specifically, the region established the first Russian Technopark Idea, founded the Investment and Venture Fund of the Republic of Tatarstan, opened a leasing company for small business and later set up a network of business incubators.

The authorities focus on innovation and export – high-tech companies and exporters enjoy subsidies and preferential loans.

Rushan Sakhbiev, CEO of Tatarstan Bank, says that the bank will provide more than 22 billion rubles (around $700 million) in financing for thoroughly developed business projects to be carried out in 2013, whereas the total volume of investment projects submitted to the bank exceeds 100 billion rubles (about $3.2 billion).

The regions that narrowly missed out on a top spot include the Zabaikalye Territory, Chechnya, the Jewish Autonomous Region, Adygea, the Volgograd and Orenburg Regions, Kalmykia, and the Kemerovo and Murmansk Regions.

LIOM notes that even the lowest rank doesn’t mean that the governor hates private business.

Moreover, the average rating for each region was above three, and the least business-friendly governors scored four or slightly less, whereas the leaders scored eight or more.

The ranks depended on a variety of factors, including the proximity of the region to Moscow companies.

The rankings are composite estimates based on a range of components.

First, residents of the region were polled. At least  500 people – mostly business owners and managers, but not public servants – in each region were questioned, and each respondent was supposed to have at least three employees.

They were asked to rate the governor’s attitude to local business on a scale from 1 (very unfriendly) to 10 (very friendly).

Second, each region formed a panel of ten experts – representatives of large businesses, political experts and journalists – who also rated the governors on the same scale.

Third, the number of arbitration claims against the region’s administration during the last year was factored in.

Fourth, business well-being was calculated based on the combined wealth of the 50 richest people in the region (identified based on LIOM’s own research).

The article is based on materials by Kommersant Vlast.