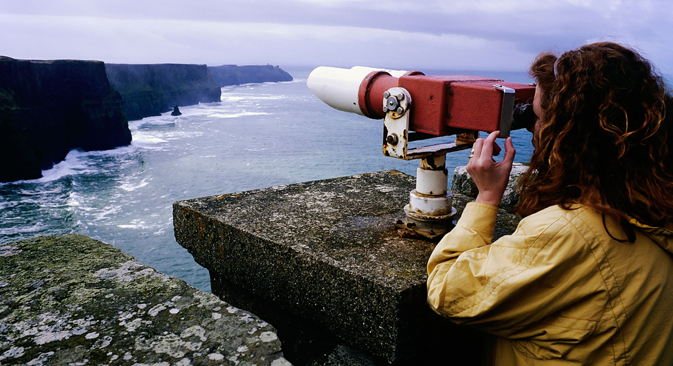 Since 2009, Ireland has been a jurisdiction where Russian exporters actively employ sophisticated capital inflow and outflow schemes. . Source: Alamy

Ireland topped the list of 2012 lenders to the Russian non-bank financial sector with an $8.8 billion inflow of loans.

A report by Russia's Central Bank revealed that Ireland’s resident companies topped the 2012 list of lenders to the Russian non-bank financial sector. The $8.8 billion inflow of loans from crisis-hit Ireland last year should be attributed to changes in the corporate financing schemes of Russian holdings.

The Central Bank’s report on the external debt of non-banking corporations in 2012 by country, contains data on the way large companies finance the nonbanking sector.

Irish residents lent Russian companies and households $12.4 billion in 2012. Ireland thus made it into the top four creditors of the Russian nonfinancial sector (including direct investment transactions).

Only $3.6 billion worth of loans extended by Irish residents were repaid in 2012; the country recorded the difference between the loans to Russian residents in 2012 and repayments at $8.8 billion.

Ireland, along with Cyprus, Greece and Portugal, has been receiving assistance from the EU since 2009 following the bankruptcy of its financial institutions.

Since 2009, Ireland has been a jurisdiction where Russian exporters actively employ sophisticated capital inflow and outflow schemes.

The scope of transactions with residents of Ireland was broader than that with companies from Switzerland, Austria, France, the Netherlands and Germany.

Specific corporate schemes are virtually unknown to the public in Russia, which is not the case in the lending countries. Some of the rare known transactions with Russian organizations (investors in the pharmaceutical sector affiliated with Rostec, airlines that lease aircraft and IT investors) can’t explain the phenomenon.

The new trend may result from changes in Russian capital flow schemes via the UK, whose financial system is closely tied with the Irish system. The situation amply illustrates the scope of Russia’s engagement in global shadow banking schemes.

Strengthening shadow banking regulations is on the agenda for Russia’s G20 presidency this year.