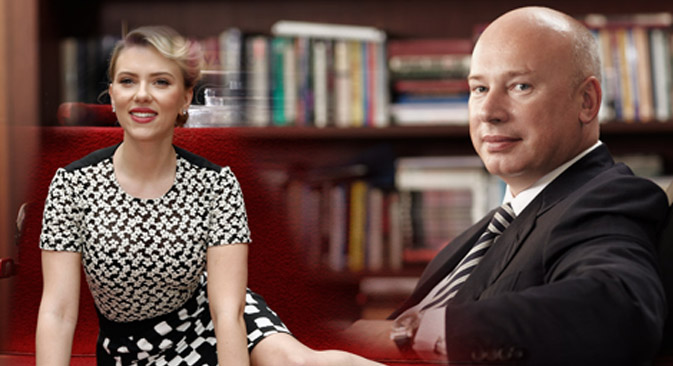 Oleg Boyko, who was ranked the 71st wealthiest person in Russia by Forbes magazine, talked to RBTH about his secret of success, Russia's e-commerce and his role as producer of Scarlett Johansson's directorial debut Summer Crossing in Hollywood.

At the end of May Russian billionaire Oleg Boyko and actress Scarlett Johansson grabbed headlines by announcing their first Hollywood project together, a film based on Truman Capote’s Summer Crossing. The movie will be Johansson’s directorial debut and filming will begin in early 2014.

Oleg Boyko was ranked the 71st richest person in Russia by Forbes magazine with a net wealth of $1.4 billion. He acquired his wealth without touching 'traditional' sectors associated with Russia's new rich like oil and gas. Boyko spoke to RBTH about his formula for success, Russia's exploding e-commerce market and his new Hollywood project.

Russia Beyond The Headlines: You recently grabbed international media attention by announcing your Hollywood project with Scarlett Johansson. How is it going?

Oleg Boyko: I serve as a producer on Frank Miller's Sin City 2 (which comes out in autumn 2013 – RBTH) and Scarlett Johansson's directorial debut Summer Crossing along with award-winning producer Barry Spikings and Aldamisa Co-Chairman Sergei Bespalov.

The film is based on the highly praised long lost first novel of the same name, written by the internationally acclaimed Truman Capote. Its plotline follows a 17-year-old Debutant who opts out of her parents’ Parisian travels to foster a romance with a Jewish valet parking attendant in the middle of a 1945 summer NYC heat wave. Production is slated to begin in the first half of 2014.

RBTH: According to conventional wisdom, making a fortune in Russia is only possible through "straddling an oil pipeline." You prefer to develop businesses in other sectors. Why?

O.B.: I am consciously avoiding the oil industry, even though I've had a chance to take part in privatization of industrial facilities. I dabbled in metals back in the day, but that was by chance. We swapped metals and mining companies' bank debts for equity, and two years later we created the EvrazHolding metals giant.

I sold my interest in Evraz in 2004 to focus on developing other businesses, because I prefer more intellectual games. I have been always attracted to sophisticated finance, and also to retail. These are more difficult to develop and turn around, but that is much more interesting to me.

RBTH: How do you choose targets for investment?

O.B.: We are constantly analyzing various markets. The web is hot today. Russia's online retail market is projected to reach $50 billion by 2020.

After earning a degree in economics, Oleg Boyko entered business in the early 1990s by founding the Olbi financial conglomerate and National Credit bank in Russia.

During the 1995 banking crisis most of the group's assets were restructured and sold. In 1998 he founded steel holding Evrazhodling with fellow entrepreneur Alexander Abramov; he sold his share in 2004 for an estimated $600-700 million.

Since 1995 he is a Founder and Chairman of Finstar Financial Group which is one of the largest private investment groups in Russia. Finstar is headquartered in Moscow, and operates through its subsidiaries in other regions of Russia, in CIS countries, the Baltic states, Europe, and the United States.

The Group engages the investment strategy, concentrating into retail trading and financial companies, the entertainment business, retail-sector real estate, perfume&cosmetics industry. In 2012 he sold his controlling stake in the Rive Gauche chain, one of the biggest perfume and cosmetics sellers in Russia.

His newest investment is in a company called 4finance, which offers micro loans in the Baltic states and Europe. Assets under management - $ 2 billion.

That's why one of the areas that we have started developing involves telecommunications, 4G networks. We have also launched a number of media projects and invested in web-based TV.

The latter is interesting in terms of its out-of-the-box approaches to attracting customers and to creating marketing advantages for other web businesses, such as finance, entertainment, e-commerce, and various services.

We are planning to get closely involved in micro-lending to individuals and SMEs. For this purpose, at the end of 2012 we acquired a controlling stake in 4Finance - the leader of short-term lending in Northern Europe. When we bought in, the company has already entered markets in the UK, Denmark, Spain, Poland, Russia, Georgia, the U.S., and Canada.

RBTH: How do you decide when to exit a business?

O.B.: Our investment holding follows the following pattern: We identify a segment with a high return potential and look for a small company that either enjoys a unique market position or holds some sort of a business know-how. Then we buy between 51 and 75 percent of its equity - this range allows us to run the company at our discretion and to get the maximum returns on our investment upon exit.

For instance, the Rive Gauche perfume and cosmetics chain used to be a regional player with stores located mainly in St. Petersburg. Under our influence, it took them four years to become the leader of Russia's cosmetics market. Revenue reached 15.6 billion rubles ($501 million) in 2010 and 21.3 billion rubles ($685 million) in 2011. We sold a controlling stake there last year. Once annual growth rates fall below 20-25 percent, it's time for us to exit.

RBTH: So, you launched your business in order to sell it later. Does this model successful in Russia?

O.B.: Yes, it is profitable not only in Russia, but also elsewhere in the world. That's how the biggest fortunes have been made. There are very few segments where companies can grow at more than 25 percent annually over ten years. Normally, growth will slow after three to four years, and this is a signal to sell and move on.

RBTH: Venture projects are the most lucrative ones...

O.B.: This is so, except that according to statistical data, only one or two in every ten venture projects succeed. I don't want to waste time or money for this. There's this curious story based on real life.

A group of enthusiasts from Siberia once invented a machine that exterminated woodboring beetles in timber. As a matter of fact, those bugs destroy around 20 percent of all timber, so their project that allowed preserving a fifth of total output seemed to be very promising.

Investors financed experiments and tested everything. It was working just fine, no more woodborers. They invested even more and built an industrial-size facility. But when the first processed batch was rafted down the river to the mill (it's a regular way of timber transportation), all the timber sank. It turned out the bores had been keeping the logs afloat.

This is a good example of venture capital risks. Everything looked good on paper, it even worked in real life, but the consequences were catastrophic. This is not the best strategy to make money. I would perhaps take this up when I retire, but only as mental gymnastics.

RBTH: Your project portfolio invariably includes a lottery. Are you a gambler?

O.B.: It's not a matter of my personal preferences, but of this particular business' unique potential. I stumbled upon this sphere by accident when I was managing a bank in the 1990s - a company in the gambling business sought a loan from us, so we granted a loan, bought a stake and started working in gambling.

I figured out the essence of this business pretty fast. After gambling was outlawed in Russia and Ukraine, we switched to lotteries. Russia's lottery market has a unique potential. Russia accounts for just 0.13 percent of the global lottery market right now.

RBTH: Do you believe successful entrepreneurs should do charity?

O.B.: Yes, of course. For example, we were the first in Russia to actively support and develop programs to assist disabled athletes in close cooperation with Russian Paralympic Committee. 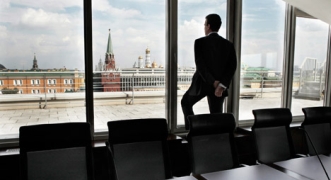 Together with Russian Paralympic Committee we organize the Return to Life annual nomination where we celebrate and award not only outstanding athletes, but also coaches and doctors of our national team. For example, last year we supported the Russian national team at the 2012 Summer Paralympic Games in London.

RBTH: According to Forbes, you lost two thirds of your fortune in the 2008 crisis. How did you manage to stabilize the situation?

O.B.: Nothing awful happened for us in 2008. I had a sufficiently large cash pile from exiting the gambling business. Russia banned gambling then, leaving us two and a half years to divest.

We received rather substantial dividends from a chain of slot machine clubs. We invested this cash in a depressed stock market and in companies that were for sale for pennies at the time, and as a result we emerged from the crisis with very hefty gains. We invested $200 million in stocks, approximately half of it for the long haul and the other half speculatively.