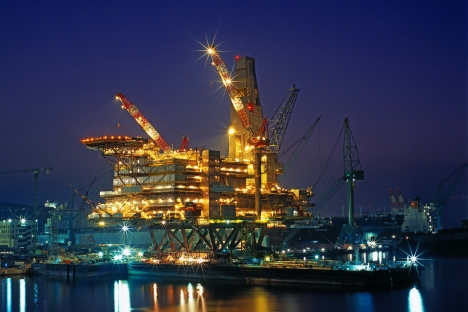 A new Baltic Sea liquefied natural gas plant may be in the works to supply natural gas to Europe.

Gazprom might revive a liquefied natural gas (LNG) project on the Baltic Sea, Kommersant reports. The monopoly may intend to carry out a project that was scrapped in 2007, now geared toward supplying LNG to Europe. While the gas monopoly could encounter problems signing LNG contracts in Europe, it would have no problems with the EU’s Third Energy Package requirements. 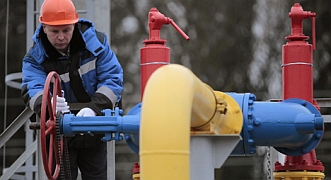 Gazprom CEO Alexei Miller told Interfax in late May that his company would announce “a totally new LNG project” in Russia in the immediate future, although he did not elaborate. A source familiar with the gas monopoly’s plans said Miller might have meant construction of a new gas liquefying plant at Primorsk, in Russia’s Leningrad Region.

The source told Kommersant that the project would be carried out jointly with Zievudin Magomedov’s Summa group (co-owner of the port). He added that Gazprombank was also involved in the negotiations.

Gazprom has long had plans to build a Baltic LNG plant at Primorsk, but the project was judged unprofitable in 2007. Kommersant’s sources insisted that Gazprom was reviving the project in order to supply LNG to Europe, competing primarily with Qatar’s LNG.

The Leningrad Region government said it was unaware of Gazprom’s resurrected plan. The gas monopoly and Summa refused to comment.

The new plant would also be equipped to produce liquefied gas for fueling ships. Summa and Gazprom signed a memorandum of cooperation back in September 2013 on using LNG as bunker fuel.

In light of the potential introduction of caps on nitric oxide emissions in the Baltic Sea, Gazprom expects demand for LNG as ship fuel in the Baltic and Northern Seas to reach 8-10 billion cubic meters of gas (6-7 million tons of LNG) a year by 2030. Sovkomflot confirmed to Kommersant in late May that it was planning to switch some of its Baltic Sea vessels to LNG.

The LNG plant at Primorsk might become Gazprom’s third gas liquefying project in Russia. One is already up and running as part of the Sakhalin-2 project (10 million tons a year). This summer, the company is planning to make a decision on expanding it.

Gazprom intends to launch yet another project, Vladivostok LNG, in 2018, and take it to the level of 10 million tons a year by 2020. Its gas output is intended for the Asia-Pacific region.

Gas will flow to the new Primorsk plant through the Unified Gas Supply System. Pipelines connecting to the Nord Stream pipeline pass through Vyborg. Kommersant’s sources said that, while Vyborg was also being considered as a potential site, Gazprom “was leaning toward Primorsk.”

By building an LNG plant to serve Europe, Gazprom would be able to circumvent the rules of the EU’s Third Energy Package and even turn them to its own advantage, Maria Belova, senior analyst of the Skolkovo School of Business Energy Center, said.

According to Belova, the rules on third-party access to pipeline capacity (from which Gazprom is currently suffering) apply to regasification terminals too – and, this time around, they would benefit the Russian monopoly.

Nesterov points out, however, that Gazprom might encounter problems signing contracts: He estimates that the Baltic LNG would be expensive.

The expert believes the target markets might include the UK and Southern Europe (Spain and Portugal). Yet Gazprom’s LNG would compete against the gas from Novatek and Total’s Yamal LNG, also aimed at the British Market; meanwhile, in Southern Europe, the monopoly could face competition from Mediterranean gas.

At the same time, the EU wants to increase the share of LNG on its gas market. Supplies shrank by 27 percent to 14.5 million metric tons in 2012, since Qatar, for one, has been diverting its gas to the Asia-Pacific, where prices are higher.