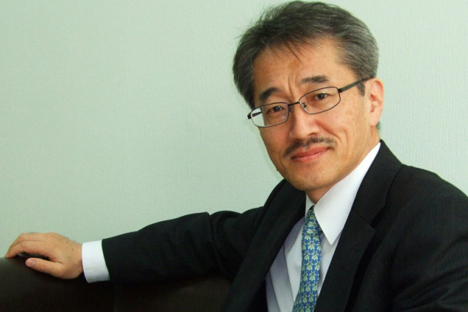 The first Bridgestone tire plant in Russia is to be built in Ulyanovsk. Yoshiaki Hiraishi, General director of Bridgestone Tire Manufacturing C.I.S., spoke to RBTH about the project and the behavior of Russian consumers.

Bridgestone Corporation has announced plans to open a plant in Russia. RBTH recently sat down with Yoshiaki Hiraishi, general director of Bridgestone Tire Manufacturing C.I.S. LLC, to discuss the advantages of this decision, the deliberations behind it and the prospects for tire sales on the Russian market.

RBTH: Bridgestone Corporation has announced plans to open a plant in Russia. Will it be possible to transpose the system of Japanese quality control to Russian soil?

Yoshiaki Hiraishi: In the minds of Russian consumers today, the label “made in Japan” equals good quality. But Rome was not built in a day. If you look at that same label 50 or 60 years ago — “made in Japan” — then it meant fairly bad quality.

Japanese manufacturers have come to realize that control over this showing is one of the factors capable of making the Japanese economy competitive. In our company globally, there exist very high standards of quality that are applied in every country.

We have 48 tire plants in 20 countries and over 200 other plants around the world. That is why we have no misgivings with regard to the plant in Russia.

RBTH: A number of Russian experts have suggested that Bridgestone’s decision to build a plant in Russia was dictated by its beginning to lose its share on the Russian market.

Y.H.: Our approach differs somewhat from that of our competitors. It is a Japanese approach. The point is not how to sell as much as we can, but how to sell.

One of our aims is to increase our market share to almost double what it is now. But, speaking in terms of the near future, our goal is growth more than the overall market.

RBTH: What sorts of tires do you plan to produce at the new plant in Ulyanovsk?

Y.H.: We would like buyers to have a wide choice. That is why we will produce both winter tires — studded and not studded — and summer tires at our plant.

RBTH: And ecological Ecopia tires too?

RBTH: Do you plan to enter into agreements with automobile manufacturers in Russia to supply tires as part of the original equipment?

Do you have such an agreement with Mitsubishi, the corporation with which Bridgestone is now building its plant in Russia?

Y.H.: We do not have such an agreement with Mitsubishi. We are focusing primarily on the secondary market for “replacement tires.” But that does not mean that we are refusing to do business with automobile manufacturers.

RBTH: How does demand for automobile tires in Russia differ from demand in Japan?

Y.H.: Thanks to the program for automobile utilization that the Russian government put in place last year, and thanks to the activity on the automobile manufacturers’ market, Russia’s motor-vehicle pool is rapidly changing.

But, in Russia, this applies mainly to winter tires. In Japan, the situation is slightly different, because there the weather conditions are different. Snow and real winter affect only a few districts in Japan, therefore consumers pay more attention to their choice of summer, not winter, tires.

In the future we anticipate that Russian consumers will be as scrupulous in their choice of summer tires. But, in actual fact, there is little difference in the behavior of buyers.

RBTH: The Bridgestone site has a section on drifting. Why?

Y.H.: Drifting is my personal hobby (laughs). I am not involved in drifting as a driver, but I like to watch: the beautiful turns, the smell of tires… Before coming to Russia I worked in Malaysia, and there were many opportunities to engage as a genuine drifter on the Formula 1 race track.

In Russia, I became acquainted with representatives of the Russian Drift Series, and, three years ago, Bridgestone became one of its main sponsors. We support one of the championship’s top teams — the Bridgestone Drift Team.

RBTH: Do you drive your own car in Russia?

Y.H.: Sometimes in the winter, because it’s easier (laughs).

RBTH: Is Bridgestone implementing any social programs in Russia?

Y.H.: We have several programs aimed at supporting the practice of safe driving and tire use on Russian roads.

RBTH: Why did you decide to build your plant in the Ulyanovsk region?

Y.H.: We spent a lot of time choosing a region and a partner. There were over a 100 locations where we could have begun building a plant. We had a list of specific criteria according to which we eventually settled on a region.

For example, we wanted a well-developed infrastructure, as well as a regional government that had experience in developing businesses with foreign companies.

In the final stage, when it came time to sign the agreement, it was important to understand how serious, open and friendly the attitude of the local administration was toward foreign companies — how prepared it was to understand differences in, say, the Japanese and Russian mentalities.

The local administration in the Ulyanovsk region, for example, not only viewed this project from a business standpoint, but saw it as an exchange of cultural experience.

RBTH: Could you as a Japanese citizen give Japanese companies that would like to work on the Russian market some practical advice about how to do business here?

Y.H.: I myself am Japanese, but Bridgestone is a global company, although its headquarters are located in Japan. I can tell you only my personal point of view. We began conducting research over 10 years ago to determine if we could start a business in Russia.

But every time the result was negative. There were many obstacles and few local administrations that were disposed toward foreigners.

But, literally over the course of a short period, recently the situation has radically changed and positive tendencies are gaining strength. The level of barriers is decreasing. Here, of course, we would like to express our gratitude to both the federal government and the local government.

Of course, in many places the negative tendencies remain and there are many problems, as there are all over the world.

But if you are asking me for my advice, then I would say that it is now time to pay close attention to Russia and countries in the Commonwealth of Independent States (CIS), to conduct research and start businesses here.

Incidentally, literally 20 days ago, the president of the Russian Federation and the prime minister of Japan met and discussed questions concerning investment. Now is the time to accelerate the process of cultivating investment.