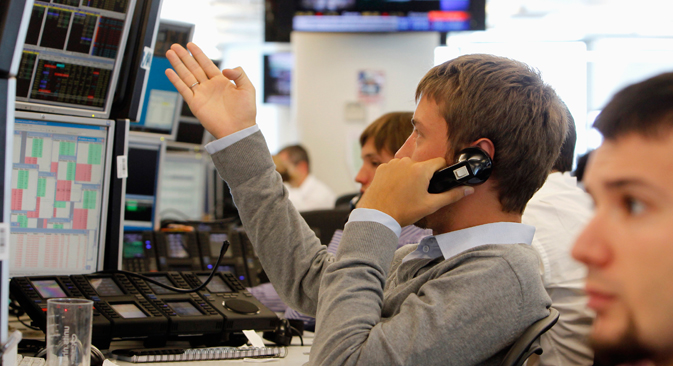 Russia has improved its competitiveness standings among the world’s major economies through better macroeconomic indicators, including state finances and employment, an International Institute for Management Development (IMD) study has said.

Russia’s ratings for such parameters as the quality of institutions and business regulation did not yet show any improvement, however.

International experts do not see any improvement in Russia’s manufacturing efficiency either, as respondents were not satisfied with the state of governance and the general work culture in the country.

Russia significantly improved its competitiveness profile this year, taking 42nd place among a total of 60 (up from 48th last year), positioning between Latvia and Peru and overtaking Italy, Spain, and Brazil for the first time, according to a joint report by the IMD World Competitiveness Center and the Moscow School of Business.

The rankings are based on four categories, including economic performance, government efficiency, business efficiency, and infrastructure. Countries are ranked in consideration of their growth potential (in contrast to the World Bank’s Doing Business rankings).

The United States has regained the number one spot, Hong Kong ranks second and Sweden third, followed by Singapore, Norway, and Canada.

According to the IMD, economic performance was best in the US, Qatar and China, while fast-growing economies outperformed developed ones in the rankings for good reason. Russia posted its biggest gain in the category, up 11 spots to 34th place.

The key reasons for improvement include a record increase in employment, lower inflation, an improved state budget structure and exchange rate stability. The US led the infrastructure category as well.

Malaysia and China are now at 25th and 26th spots, respectively, while Russia is 39th (down one notch). Russia’s rating was negatively affected by the state of its healthcare, data security and the low innovation potential of the existing infrastructure, while low electricity prices for manufacturers played a positive role.

Yet, in terms of business efficiency, Russia trails far behind both Brazil and Kazakhstan, remaining in 53rd place this year. Besides low productivity (also in 53rd place), the IMD pointed out such drawbacks as the quality of governance and corporate culture (57th and 52nd places, respectively).

Improvements were only noted in terms of easier access to financing but hiring qualified personnel has become harder during the year, the report said.

On government efficiency, Russia remained among the ranking’s laggards (43rd spot), together with China and Brazil (41st and 58th, respectively). The UAE, Hong Kong, and Singapore led this category.

Malaysia and Chile ranked 15th and 16th, overtaking Germany, the UK, and the US (25th, followed by Indonesia in 26th place). According to the researchers, Russia’s drawbacks still include legal regulation of business, public order, and institutional environment conditions (no improvements were noted here during the year).

IMD experts pointed out the strong dependence of GDP on oil prices and the extreme burden imposed by a resource-dependent state budget with the approaching Sochi Olympics and the FIFA 2018 World Cup as the key risks.