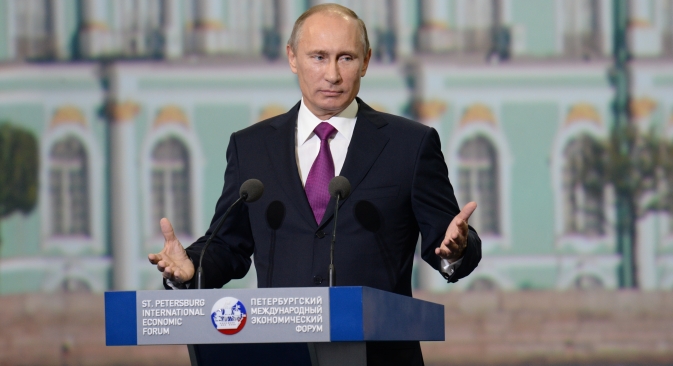 In a move equally symbolic and practically important, Russian President Vladimir Putin announced that a much-touted amnesty for businesspeople had been approved by his office and will be submitted to the State Duma, Russia's lower house of parliament.

“Laws have changed significantly since many of these entrepreneurs were convicted. If today's laws had been in place then, many businesspeople would not have gone to jail,” said Putin.

The president said the amnesty would be applicable only to first-time offenders and called the move a “challenge to law enforcement bodies across the country” to improve their work and not impede business. Putin called on the Duma to approve the amnesty before its summer holidays.

An amnesty proposal was submitted to Putin in mid-May by Russia’s business ombudsman, Boris Titov. At that time, the president asked Titov to rethink the initiative, which was widely interpreted as a sign that Putin opposed the endeavor.

The president proposed several other important and surprising initiatives during the speech, including his intention to amend the Russian Constitution to merge Russia's Supreme Court of Arbitration and Supreme Court into a single body. Putin said the move would help improve legislative efficiency. This is the first time Putin has ever pushed for amending the Constitution.

While emphasizing that privatization of state companies would be carried out “gradually, and exclusively under favorable prices,” Putin attacked inefficient state corporations, saying their poor work reflects poorly on the entire country and its government.

Putin promised to tap the increase in tariffs by natural monopolies (a hot political issue) to the level of inflation from 2014 for five years. Most significantly – he announced the liberalization of the gas export market to allow players besides state-owned energy giant Gazprom to benefit.

Rumors of the impending decision had negatively affected Gazprom's stock in recent months as the monopoly has come under fire for inefficiency and a lack of transparency. In another apparent nod to transparency, Putin said Russia was already in the process of signing bilateral agreements with tax havens and countries with low tax rates to exchange data on potential abuse.

“This is a growing practice in the world,” the president said.