Sony, Warner and Universal to hold talks over music copyright with VKontakte 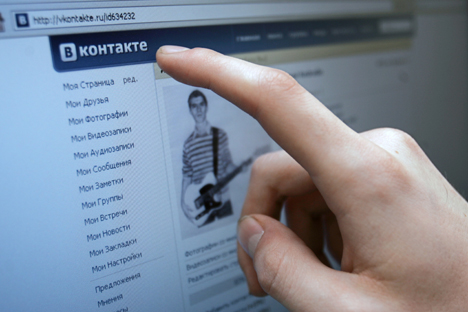 Up to recent times the network users were free to upload any videos and music files, as “VKontakte” didn't cooperate with copyright holders. Source: Kommersant

The biggest Russian social network “VKontakte” has started talks with record labels Sony Music, Warner Music and Universal Music to strike a balance between legal access to music for citizens and remuneration for copyright holders.

VKontakte, Russia's biggest social network, is keen on negotiating a way for its users to listen legally to the music from the world biggest record labels’ catalogues.

Pavel Durov, CEO and founder of VKontakte, told Vedomosti that his company, together with Sony Music, Warner Music and Universal Music, is looking for options to accommodate the music publishers’ interests “without affecting the Russian internet users”.

“In the next few months we’ll see some positive changes in this area”, promises Durov.

Two representatives of the music industry have confirmed off-the-record to Vedomosti  that they are currently negotiating with VKontakte.

Up to recent times the network users were free to upload any videos and music files, as “VKontakte” didn't cooperate with copyright holders and representatives of international legal services.

As journalist Nikolay Kononov recounts in his book “Durov’s Code,” when Durov was approached by Daniel Ek, the founder of popular paid music service Spotify, with a cooperation offer, Durov replied: “We’ve got by far more songs than you, so no benefit for us.”

However, Durov told Vedomosti that the network operates in compliance with the standards of the US Digital Millennium Copyright Act (DMCA) and takes down videos and audio files upon requests from copyright holders.

Additionally, a true clean-up of illegal content in the social network had to be enforced in June, after a law draft on counteracting piracy on the internet and blocking web-sites with counterfeited content was introduced by the State Duma.

The users complained about big amounts of music, mostly by foreign performers, disappearing from the network.

Many were notified by the VKontakte administration about complaints put forward by copyright holders concerning files they had posted on their personal pages.

The bill, approved by the State Duma and the Federation Council, has been signed into law by President Putin this week and will come into effect on 1 August.

The law will only deal with fighting video-piracy, as the issues concerning copyright of music content has been temporarily left aside.

“VKontakte” is the third most popular web-site on the Russian internet following Mail.ru Group and Yandex, and the biggest social network in Russia.

According to market information group TNS, the platform's audience reached 52.1 million users (age range 12-64) in May.

According to the analytical firm Comscore, “VKontakte” is the 9th most popular social network in the world (after Facebook), in May it was visited by 79.4 million people.