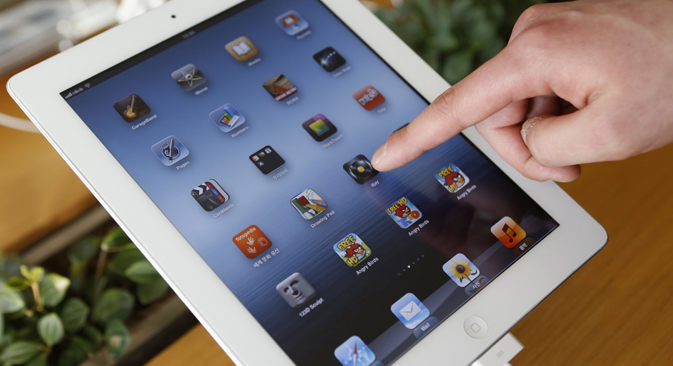 The developer will need to ensure the protection of Gazprom’s data when it is sent over the cellular network.Source: Reuters

Gazprom is willing to spend $4 million on a gadget and software for Alexey Miller, head of the holding. IT experts argue – is this too much or just right?

The gas holding company Gazprom has announced on their website a tender for a Tablet PC running on an iOS system costing up to 120 million rubles ($4 million) for the head of the holding, Alexey Miller.

This is for a software and hardware complex, which includes not just an iPad, but also very specialized software.

The device must be always on and must completely duplicate the functions of the stationary desktop computer of the head of the company, while constantly interacting with the corporate data warehouse.

In the case of hardware failure, the operability of the system must be restored within four hours.

However, Kupriyanov could not answer how they arrived at $4 million. The method of calculating the cost of such a system raises questions, said the chief editor of PC World, Sergey Vilyanov, in his conversation with BFM.ru.

"The head of the board of directors will be connected through his iPad to an existing database that resides on the servers of Gazprom. It is clear that this data needs some migrating to supply information in a form that the iPad understands. A custom application or series of applications also need to be written. In addition, the developers will have to integrate the tablet into the security system of Gazprom. Actually, the ‘depth’ of modernization, which the information infrastructure of Gazprom requires, is reflected in the cost of the project. However, the state-owned company has said nothing yet about the ‘depth’ of this modernization, and there is no absolute understanding about where this 120-million ($4 million) figure came from," said the expert.

On the other hand, Vedomosti columnist, Roman Dorokhov believes that Russia is not yet used to the fact that computer programs can cost a lot of money: "In developed countries, people are spending on software for computers no less than the very hardware it runs on, but in our country people will rather spend their time looking for pirated versions of software.”

In this case, referring to the views of many IT-specialists, the expert said that $4 million for the development of applications for the control of the largest gas company in the world is justified.

In addition, the staff of a large Russian IT-company eventually came to the conclusion that this iPad application in Gazprom will be used not only by Miller, but also by all the top managers of the company, and its development will cost 50-70 million rubles ($1.7 to 2.3 million).

The developer will need to address two time-consuming tasks – to provide quick access to all the accounting statements of Gazprom and to ensure the protection of company’s data when it is sent over the cellular network, and work with them on an iOS mobile platform from Apple, a company that has never been famous for its security.

Receipt of tender applications will end on July 22. The contractor will be given 206 days to develop this device.

Based on materials from Vedomosti, Izvestia, RBC Daily, and BFM.ru.