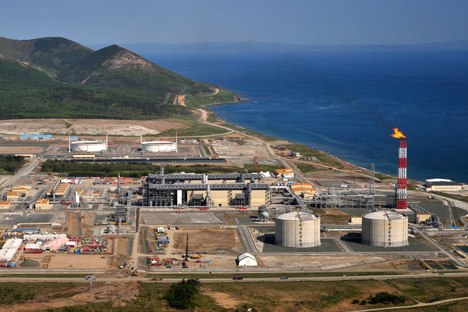 Official numbers turned out to be double the estimates of foreign auditors. However, to get an objective picture, Russia will have to overhaul its classification system and bring it in line with international standards.

On July 5, Prime Minister Dmitry Medvedev signed a decree lifting the shroud of secrecy that surrounds Russia’s oil and gas reserve data. Classified since the Soviet era, the numbers have only just been officially published.

“Subsurface resources represent an important advantage, at a time when competition for investment is fierce—and there’s no need to hide them,” said Natural Resources Minister Sergei Donskoi. His agency intends to publish reserve data annually from now on.

Oil and gas reserves first became classified under the Soviet regime. The Soviet Union was not a member of any international supervisory organization, despite being one of the largest hydrocarbon exporters.

According to OPEC, the Soviet Union accounted for 11.6 percent of global oil exports in 1990, behind only Saudi Arabia, Iran, Venezuela and Norway.

Former Soviet, state-owned companies were privatized in the early 1990s and faced the challenge of switching from the planned economy to market-based operations. It was then that producers first audited their own reserves.

No one made a secret of the results, especially as many oil and gas producers had become publicly owned companies and had to disclose this information in order to obtain a listing; but no official data for the country as a whole was ever made public.

The decision to disclose the data was made in principle at a February 2013 meeting of the presidential commission on fuel and energy.

According to various sources, it was Igor Sechin, current president of Rosneft (the world’s largest oil producing company) and the official in charge of fuel and energy in the Russian government between 2008 and 2012, who first came up with the idea.

Sechin has stated repeatedly that, although Rosneft is the world’s largest public oil company in terms of reserves, it is undervalued because of the lack of official, nationwide data.

In the absence of official government data, Western auditors had estimated the reserves at half as much as they actually are. For example, according to the BP Statistical Review of World Energy 2012, Russia had 11.9 billion tons of oil reserves and 32.9 trillion cubic meters of natural gas reserves.

According to the report, Venezuela ranked first with 46.5 billion tons of oil reserves, Saudi Arabia second with 36.5 billion tons, and Canada third with 28 billion tons. Based on the official data though, Russia could make it into the top three.

However, this will only become possible once the Russian government resolves the problem of the incompatibility of its existing classification system with international standards.

As a matter of fact, the post-Soviet reserve evaluation system does not take into account the economics of oil and gas production, whereas the global PRMS and SEC standards imply the evaluation of production profitability.

“That’s why the oil reserves are smaller under the international methodology; but they include oil whose extraction will definitely be profitable,” Sberbank Investment Research analyst Valery Nesterov said.

All Russian companies currently report under the PRMS and SEC rules. The Russian Ministry of Natural Resources has proposed its own approach.

While no details have been reported, the new system is said to be close to international standards. The new classification has been sent for testing to oil companies and is expected to come into force early next year.

However, market players believe this is not really worth the effort. “We will still operate under the PRMS, while transitioning to the new classification would require additional costs. Plus, at least for now, the new document won’t have any authority for auditors,” a top executive of a major Russian oil company said.

Nesterov agrees: “Investors thinking about working in Russia have complete data on the assets they’re interested in. Even the smallest deposits have been independently audited.”

Sechin, on the other hand, is confident that open reserve data will help attract more foreign investors to the industry. The Russian government is counting on that too.

“The decision to keep oil and gas reserves secret looked ridiculous. We have been living in a market economy for more than 20 years now, many foreign investors work here, and we are interested in increasing their presence; we have nothing to hide anymore,” an anonymous government source said.

Kirill Melnikov is a correspondent for Kommersant newspaper.