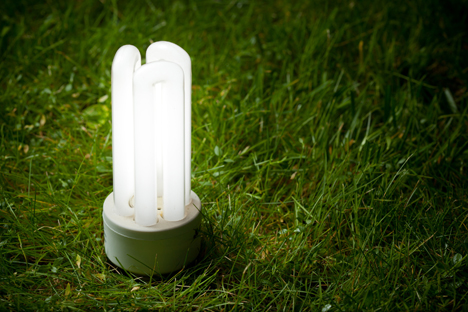 Russian companies are slowly but steadily migrating to environmentally friendly standards, pushed both by competition in Western markets and by the state. For instance, under the latest initiative proposed by the Russian government, suppliers that care about the environment will gain priority access to government contracts.

According to Russian press reports, beginning as soon as August 15, 2013, Russian state agencies that announce bids on a special website will have to develop “environmental characteristics and requirements” for tender participants.

Video: Children of Kaliningrad on the pursuit of renewable energy

In 2012, Russia adopted a set of environmental initiatives called the “Guidelines for Russia’s Environmental Policy through 2030,” drafted by the Ministry of Natural Resources and Environment.

According to this document, the Russian government is planning to encourage domestic companies to implement green technologies. For example, companies with a heavy environmental footprint will be offered advanced, world-class technology solutions, while regional authorities will assume direct control over waste levels.

Russian companies are interested in implementing environmentally friendly technology, too. Competition with global players, which have long adopted the ecological standards, is an important factor at play here.

To assess the progress of “ecologization” of Russian business, RBTH has drawn up a list of the top five environmental initiatives. It includes companies that have made environmental standards part of their operations, as well as those that have learned how to make money off of them.

By the time Europe fully transitioned to recycling, Russia had only just begun to think about it. The government’s efforts have been limited to promises to implement waste sorting systems and the occasional initiative — such as the installation of separate waste bins at Moscow’s Vnukovo airport.

Entrepreneurs, on the other hand, have been more proactive. A case in point is Sfera Ekologii, a company that offers sorted waste collection from offices. “Our mission is to implement the idea of efficient waste management based on economic, legal and social foundations,” the company states.

While Sfera Ekologii’s services have mainly been of interest to the Russian offices of international companies (BBC, Greenpeace, WWF, Microsoft, Intel, the Marriott hotel chain, embassies and visa centers of the UK and Germany), the company also hopes to educate Russian clients in the culture of waste management.

Russia has also been lagging behind in adopting the international standards for limiting pollutants in petrol — the country will only officially adopt the Euro 4 norms in 2014.

Still, market competition has been forcing Russian oil companies to adopt the Euro 5, regardless of what the government thinks of it. Industry heavyweights LUKoil, Gazprom and Rosneft are leading the way, offering petrol that meets current global standards.

A new trend emerged in Russia’s suburban construction market a couple of years ago, where builders offer environmentally friendly homes built exclusively from natural materials. Such homes tend to cost some 10 percent more than regular houses ($830–980 per square meter, instead of $770–925).

However, according to Alexander Dubovenko, director of business development at the Good Wood construction company, the developers’ initiative has yet to meet with mass demand: “The number of clients willing to pay extra for the environmental component is growing slowly.”

Russian companies are increasingly interested in saving energy. Solar energy cannot be used in most Russian regions, because of their geographic situation.

“Solar panels as a source of alternative energy are not very effective in our climate,” Jones Lang LaSalle environmental innovation consultant Ksenia Agapova says. Instead, energy-saving light bulbs are growing in popularity.

Power plant in space: Industry savior or threat to Earth?

“Energy-saving lighting costs in the range of €20–120 ($27–157) per square meter depending on the design and the price of fixtures,” says Sergei Kobozev, commercial director of Trinova, a Russian supplier of energy-saving bulbs.

He adds that companies could achieve savings of between 30 percent and 70 percent by using a modern lighting management system. The equipment pays for itself within 2–5 years.

Environmental awareness is not only a way to save money, but also a reputation booster. To join Greenpeace’s Green Office project, a company only needs to declare the implementation of the recommended measures: using recycled paper, abandoning plastic utensils, introducing waste sorting, adorning the office space with green plants. etc.

“We save power thanks to automatic light sensors, use eco-paper, and collect paper for recycling,” says Magnezit Group representative Tatyana Gumenyuk. She adds that Greenpeace does not monitor Green Offices, but rather relies on the responsible approach of the program participants.