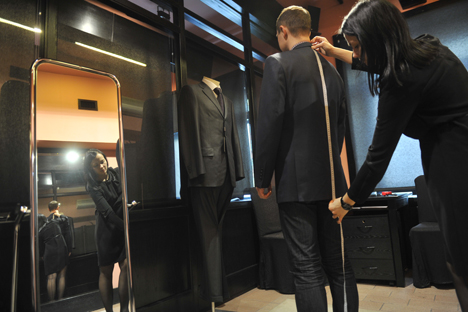 Can foreigners start their own business in Russia? In what spheres is there more money to be made?

Against the background of crises in the developed economies, Russia, with its high oil revenues, looks promising for the development of the services sector. The majority of micro and small enterprises operate in the services sector, because it is here that the cost of starting a business is low, and returns can be considerable.

According to the World Bank, there are more than 500 criteria for classifying small businesses. The main law that regulates the boundaries of small business in Russia is the number of employees and revenue: A micro enterprise is a business that earns up to 60 million rubles (about $2 million), or employs up to 15 people, while enterprises with earnings of under 400 million rubles ($130 million), or up to 100 employees, belong to the small business sector; everything above this threshold is medium-sized or big business.

Russia has adopted national programs to support small businesses, and being in this category may offer some advantages to an enterprise — chiefly, a special tax regime that greatly facilitates tax reports and minimizes contacts with fiscal agencies.

However, the small-enterprise status may introduce some new limitations, experts believe. For example, representatives of micro and small businesses find it harder to get a bank loan or find other sources of financing. Entrepreneurs also complain about heavy taxes, high administrative costs, rampant corruption and services foisted on customers against their will.

It is more difficult for small businesses to counteract these phenomena than it is for big businesses, which, in Russia, have close links with the state. “A government official looks at his job as a source of benefits and extra earnings,” says Dina Krylova, president of the Business Perspective Fund, which protects entrepreneurs.

“The last thing they care about is preserving small businesses. And yet it means jobs and taxes,” she says. In developed countries, entrepreneurs are valued much higher.

In spite of everything, 10 percent of Russia’s population is engaged in small business. This is much less than in Europe, the U.S. or China. In Russia, the most successful small businesses are car repair shops and dealerships, and sellers of other consumer durables, which accounts for almost a third of the market, according to the Federal State Statistics Service for 2012.

Next come real estate and construction operations, which account for another 30 percent of small enterprises. The processing industry (textiles, metalworking and electrical equipment producers, etc.) occupies nearly 15 percent; agriculture, hotels and restaurants, and transport and communications account for about 5 percent.

“Russia is short on entrepreneurs in the innovation sphere and in high-tech business,” Krylova says. “There is also a need for entrepreneurs in retail, logistics and after-sale services,” says Anatoly Leirikh.

“Besides, these are the areas in which small and medium-sized companies can be as successful as big ones. In any case, something revolutionary and new is needed, if consumers are to become interested,” says Krylova. “The markets in which small and medium-sized companies work are highly competitive. This goes some way to explaining the low profit margins.”

Profit varies from region to region, with Moscow usually ahead of the pack, regional officials have calculated, based on average wages and the profits of individual entrepreneurs in every region.

The incomes of taxi drivers, cooks, sports coaches, caretakers and railway station porters in the regions are about the same as in Moscow — no more than 300,000 rubles (about $10,000) a year.

According to the international job-hunting site the Network, which analyzed 66,000 questionnaires in 35 countries in 2009–2010, foreigners come to Russia, above all, to earn money, in spite of the big spread of wages and the accompanying problems — and make money they do.