No love for the Russian SOPA law 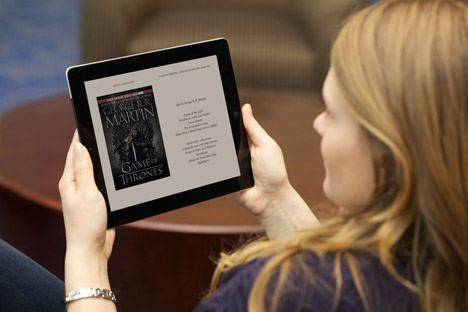 The distribution of popular TV series “Game of Thrones” on the websites was banned in the very first month after the new law was adopted. Source: Alamy / Legion Media

Making heads and tails of the enhanced anti-piracy law.

Over the summer, a new anti-piracy law was passed in Russia that was dubbed the Russian SOPA law, which, for Americans, is basically an acknowledgement of defeat. In fact the day Russia’s law was first activated was a day of protests for download sharers, a large constituency in the Russian Federation.

There is an urban legend among Russian geeks that Microsoft spread pirated versions of its Windows operating system in Russia and its neighbors specifically to grab a larger market share. This conspiracy theory is groundless, but it clearly shows people’s attitude to rights holders and their businesses in Russia.

Many Russians believe that content creators should be grateful to fearless and selfless fighters against all-powerful corporations, which are simply fleecing artists and cheating large swathes of the population, what Americans like to call the 99 percent, from enjoying art.

Hence, the huge volumes of losses to copyright holders, which, incidentally, cannot be accurately calculated. In Russia, internet users annually install about 3 billion dollars’ worth of counterfeit software: Twenty percent of the population prefers to use only “free,” also known as unauthorized versions.

The U.S. film industry’s losses from piracy in Russia amounted to 250 million dollars just so far this year.

The need to protect intellectual property rights has long been acknowledged. But few like the solution.

More than 100,000 signatures were collected against the Russian law, forcing lawmakers to “consider” the petition. Most online companies joined the protest, and some sites placed protest messages on their home pages.

But for now, the major film companies and TV channels in Russia will be able to assert their rights. Despite the criticism, the law was applied very quickly. Based on this new law, they managed to ban the distribution of popular TV series, including “Game of Thrones” on the websites kinozal.tv and opensharing.org in the very first month after it was adopted, while software producers and small market participants remained unprotected.

According to Yuri Ammosov, Head of the Directorate for Innovation at the Analytical Center of the Russian Government, pirate libraries, or torrents, create concerns for the publishers primarily due to the illegal copying of new books, which are basically their “cash cows”.

In this way, book publishers are similar to the film industry, which also attaches particular importance to new movies, which are a large part of their livelihood. “A bestseller, uploaded on the Internet, greatly decreases the sales of paper books, from 40 percent to 80 percent, according to my estimates,” Ammosov said.

“Contrary to the claims of pirate supporters, their activities cannot be considered as advertising of paper and legitimate e-books – a rare book is favored with re-reading,” said the expert. However, the procedure for accelerated consideration of a case was not provided for book publishers in the new law.

IT companies are not happy either, as they were overlooked by the law. The new amendment or enhancement to the law currently in Parliament is none too popular either. Alexander Khegay, deputy head of Information Security Department at LANIT Network Integration, doubts that the new draft law will affect the rights of software producers.

“The draft law is directly connected with the companies, involved in producing or distributing of multimedia content. If we, as a system integrator, can benefit from it, this help will be insignificant,” he said. 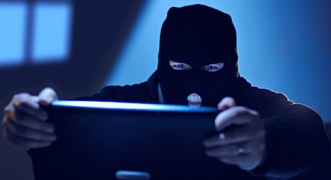 Not surprisingly, many people find such a selective law offensive and ask in what way is video better than their products. “Translation is real intellectual property. Those who read Shakespeare in the original and in translation, made by Marshak, know that it is an independent work of art. However, the practice of protecting the rights of such intellectual property is a rare exception,” said Anna Lomteva of the TransLink Translation Bureau.

The experience of fight against piracy in other countries, with the help of similar laws, shows that it is impossible to completely eradicate it, and the effect of this fight can be surprising.

Thus, according to a study, made by the Munich School of Management and the Copenhagen Business School, after the closing of the popular file host Megaupload, only the best-known films slightly increased their box office receipts.

This occurred only in a few countries where the site had been unpopular in the first place. In other cases, its closing had no impact on ticket sales in cinemas. As for the independent film industry, it even resulted in a drop in attendance.