Doing business in Russia: Tricks of the trade 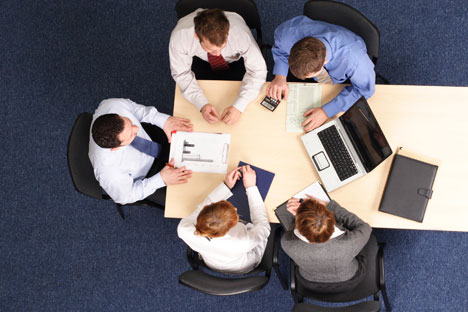 The need for innovative solutions and lateral thinking also has to do with the fact that, in Russia, the straight path is not always the quickest. Source: PhotoXPress

Five rules for those who plan to cooperate with Russians.

If Hollywood movies are to be believed, foreigners are scared witless of doing business in Russia. Russian businessmen look more like hardened criminals, and any attempts to work honestly in the country crash against an impenetrable wall of bureaucracy — or so it is said.

But those foreign businessmen who have actually come to Russia don't seem to be in any great hurry to leave.

"It is not at all like the stereotype portrayed in Western media,” says Simon Fentham-Fletcher, a financier from Manchester.

“I originally thought I would be here for two years, and now I am seven years and counting. It has given me seriously fun and interesting challenges that have made me a better businessman and problem solver, in that I have upped my game to match what is here."

There is no arguing, however, that, to be a successful businessman in Russia, once must learn the unspoken rules of the game here.

Rule No. 1: Success through trust

Simon is a portfolio manager and chief of front office staff at Renaissance Asset Managers. He began his career in Russia from banking, offering new ideas that were all the rage in London at the time.

“It was amazing: At first they were logically skeptical, but what surprised me was how they grasped the potential, how we could grow things,” says Simon.

It is typical for Russians to be wary and on their guard at the beginning of negotiations; the habit goes back to Soviet days. Back then, the usual tactic was to ask for a lot, but then make mutual concessions and settle for more reasonable terms after lengthy haggling.

"Trust is a critical quality to a Russian businessman that can come quickly and, once earned, will last a lifetime," Simon says.

Seventy percent of foreign businessmen who have made an investment in Russia say they are very happy with their experience in the country, according to the Direct Investment Fund.

Polina Lagutina echoes this view. Born in Russia, she spent several years living and studying business in Canada and the United States before moving to Australia.

She now works in Melbourne for PwC, a global professional services group. "Russians are reserved at the first meeting, often trying to analyze if they can trust a person,” she says.

“When you don’t have this trust, Russians could appear [to be] almost building a paranoid fence and looking for a second meaning where it doesn’t exist. Once you have passed the check and earned trust, Russians are the most devoted friends!"

Rule No. 2: Emotional bond in a strong relationship

Once trust has been established, it is common for Russians to display a lot of emotion. For people coming from Western or Eastern cultures, this openness and sincerity can appear slightly over the top.

It is nothing unusual for Russians to stand much closer to each other during an involved conversation than Western etiquette requires, or to slap each other on the back. That is the norm in Russia.

On the other hand, Russians don't share their foreign colleagues' habit of keeping a polite smile on their faces. To some degree, they respect that habit, but they are reluctant to copy it.

“Of course, it depends on personality,” Polina says. “But traditions also prescribe not to reveal happiness or pride, because someone can get jealous and, eventually, the reason for your pride will be taken away."

Rule No. 3: Straight to business

In investment - a glimmer of hope for the North Caucasus?

The more Russians trust their counterpart, the less they are inclined to waste time on formalities and polite small talk. They get straight to the point and only later ask how things are going, or chat about the weather.

As Fentham-Fletcher has learned from personal experience, business matters are often discussed outside the office.

"Business dinners are the norm; the business day starts slightly later but runs late night. Restaurants can be full of business people doing deals at all times of the day, whereas, in London or NY, the deals are more likely done during the day and in the office,” says Simon.

“In cafes or restaurants, the topic of conversation can be more measured than in a boardroom. That doesn’t mean to say that Russian business isn't done inside boardrooms — it’s just that the more trusted you become, the closer you are taken in."

Another useful thing to remember is that it's better not to enter any drinking competitions with Russians — they usually win.

Rule No. 4: Assertiveness, creativity and drive

These three qualities are some of the most useful traits that distinguish Russians, Simon believes.

In the Baltic States, a “Russian businessman” has become a derogatory name for dishonest traders who inflate prices and cheat their customers.

In Western Europe, the name is used for those entrepreneurs whose business generates more losses than profits. Americans habitually brand as “Russian” those businessmen who evade taxes and cheat the government by some other means.

However, the most interesting use of the term is in Bulgaria: The locals call “Russian” any grocery store, office, or other business that closes for lunch breaks.

"In Russia, there is always opportunity; people don’t wake up and think this can’t be done as so often happens in Europe. Rather the opposite: Opportunities are always being looked for,” he says.

“I might argue that Russian entrepreneurship has to be creative, becausepreviously there was none and so it has had to invent itself. This is a great attribute."

The need for innovative solutions and lateral thinking also has to do with the fact that, in Russia, the straight path is not always the quickest.

"Entrepreneurs here still have to battle quite a large state sector in many industries. This means that they have to be adaptable and deliver, so that the ‘safer’ state option isn’t chosen," says Fentham-Fletcher.

The age group of your Russian business partner can make a great deal of difference. People over 50 are usually representatives of the Soviet school of business.

As a rule, they are loath to take risks and tend to coast along on their past achievements. “Those in their 40’s also have a ‘number’ that will make them stop — it’s just that the number gets larger with each new deal!” the financier says.

“I love this quality of never being satiated. The desire to push and push for more is something that starts to lag in Europeans. Not in Russia — there is never enough.”

Rule No 5. Always ready with a bit of advice

The word Soviet means “council” or “advice” in Russian. Born in the Soviet Union, Russians always seem to have a bit of advice ready for each other, even if the matters they are advising upon are well outside their field of expertise. 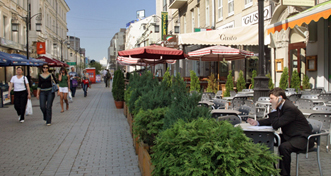 Read more: How to start a small business in Russia

Polina recalls how it used to drive her Australian friend Darren mad.

“At first, I was really pissed off and thought every Russian I met was a smartass, trying to show me how to do something I already knew how to do,” she says, quoting her friend Darren.

“But I understand now that this is a way of them showing how they care — a sign of friendship and no ego is involved.”

Points for working with Russians

1. They will strive to make a deal work

3. Once trust is established they are very loyal

4. They remember everything about you — personal ties are very important

6. There is a serious pool of young, creative and driven people to employ

7. The country is HUGE and with that comes an “undiscovered frontier” mentality that anything is possible

Points against working with Russians

1. The winters can be brutal

2. Immigration matters are still an issue

3. Federal bureaucracy can still be an issue

4. Probki — traffic in Moscow can be so brutal that the president and prime minister have taken to using helicopters