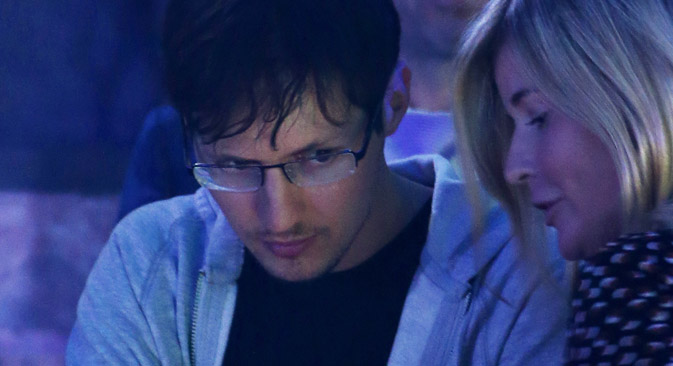 Pavel Durov (L), the founder of social network VKontakte, sold his his stake in the company on Jan. 24. Source: RIA Novosti / Valeriy Levitin

Europe’s biggest social network faces new challenges with the departure of its CEO Pavel Durov, leaving many asking the equivalent of 'what would Facebook be without Zuckerberg.'

Late on Friday, Jan. 24, Pavel Durov, the founder of giant Russian social network VKontakte, sometimes called the “Russian Facebook,” confirmed that he had sold his last 12 percent of shares in the company to Ivan Tavrin, the CEO of Russian telecom giant Megafon. The size of the deal has not been made public but analysts estimate it at $350-400 million.

VKontakte sets new record with 60 million visitors in one day

Experts overall do not see Durov’s exit as detrimental for the company’s prospects, instead noting that the change in the company’s shareholder structure could be a step towards an IPO. Investcafe analyst Timur Nigmatullin describes the deal as "ownership structure optimization.”

Nigmatullin speculates that the 12-percent block of shares sold by Durov could form the core of an IPO, with additional shares coming from the United Capital Partners fund.

Experts believe that VKontakte's IPO is long overdue: The social network's daily user growth is slowing down, largely due to market saturation. Private investor and investment director at T34Moscow Mikhail Demidov, for example, said that he welcomes the deal, while at the same time regrets that the company's estimated value ($3 billion) has remained unchanged for some time.

Given the tough competition in the social networking segment, it is unlikely that VKontakte’s user base will continue to stagnate – even with expected ongoing explosive growth in smartphone users.

What about the users?

A year ago, VKontakte demonstrated that even without focusing on monetizing its user base, it was capable of having an average revenue per user comparable with that of Facebook.

VKontakte is currently the global leader in terms of average time a spent per user. The network’s 60 million users spend an average of 40 minutes per session on the network, compared with a global social network use average of three minutes. For many users, VKontakte is a free on-line cinema and an audio library. However, much of this audio and video material is pirated. Should new laws require a crackdown on illegal downloads, the average time spent per user will likely decrease.

But the company is in a catch-22, since the huge amount of illegal content stored on the social network will be a major hurdle in the way of an IPO, according to Denis Terekhov, managing partner of the Social Networks research agency. Terekhov pointed out that VKontakte is taking steps to cope with the illegal media problem by making deals with copyright holders to allow users to watch films and listen to music legally.

Other observers expect that after Durov's departure, the new shareholders will make content on VKontakte more transparent and allow more access by Russia’s security services – especially since many senior managers are leaving the company with Durov.

Andrey Goryanov, editor in chief of the popular liberal online magazine Slon, Andrey Goryanov, has said that large VKontakte communities and groups will fall "under the control of the new shareholder, the new managing director." German Klimenko, the head of Liveinternet noted that the new VKontakte shareholders are primarily interested in monetizing the social network, which could alienate viewers.

Nikolai Durov, Pavel's brother and VKontakte technical director, went as far as to say that very soon Russians will have to "stop showing off and start using Facebook." 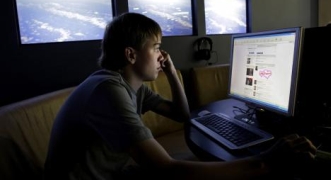 Denis Terekhov, of the Social Network research agency, is less negative, however: "To finish VKontakte off would take a lot of effort. I don't think that anybody, either Mr. Durov or people close to him, are interested in destroying this product."

Durov himself earlier said that if he were to close all the groups "discussing preparations for mass rallies and topics that the authorities find uncomfortable, all these groups would migrate to foreign social networks." At the same time, Terekhov points out that VKontakte has always been ready to cooperate with the law-enforcement agencies as long as they provide sufficient evidence to justify closing a particular group down.

"A group on a social network site is not some secret channel," Denis Terekhov points out. “If a police or a security service officer wants to find out what people in a specific group are discussing, he can always just join that group as an ordinary user.”