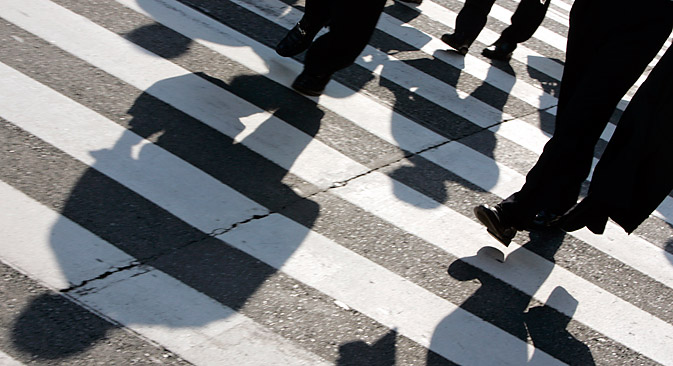 This “deoffshorization” of the Russian economy is estimated to bring several billion dollars a year to the federal budget.Source: Reuters

The Russian Finance Ministry will offer companies based offshore but with operations in Russia a choice: either disclose their ultimate beneficiaries and maintain their zero tax rate, or pay taxes at the higher Russian rate.

Under Russia’s current corporate tax structure, offshore beneficiaries of Russian companies are treated as de-facto investors, and are eligible for tax relief on the sole strength of a tax residence certificate. However, the Russian Finance Ministry is submitting a new bill that, if passed, will force companies to disclose the identity of their investors in order to keep their tax-free status.

How Russian companies save on taxes

Consider, for example, a loan that is extended from a company on the Isle of Jersey to a company in Cyprus – a country with which Russia has a double taxation agreement. The Cypriot firm then transfers the money to Russia. When it comes time to pay interest on the loan, transferring $1,000 from Russia to Cyprus, and then $950 of the sum on to Jersey, will cost $6.25. The only required taxes will be those in Cyprus, where the income tax rate is 12.5 percent. If the same operation were conducted between Russian companies, there would be $250-290 in taxes to pay.

The aim of the initiative is to put an end to the long transit payment chains that make it difficult to track the actual owner of a company or its subsidiaries. Companies can choose to keep the beneficiaries a secret, but the cost of doing so is that the company will then be required to pay taxes at the same rate as a Russian company. "This is the principle we intend to introduce into our fiscal legislation," said Russian Finance Minister Anton Siluanov on Feb. 26.

Siluanov cited the taxation agreements in his statement about the proposed legislation. "Our objective as the Finance Ministry is to revise the current double taxation agreements with low-tax jurisdictions, which were signed several years ago," Siluanov said. "We should establish a preferential taxation regime with such low-tax jurisdiction, so that taxpayers would know that in order to be eligible for tax relief they have to declare their ultimate beneficiary to the tax authorities.

Alexander Zakharov, a partner at Paragon Advice Group is keeping an eye on the legislation. "It is too early to discuss the effectiveness of the Finance Ministry's proposal," Zakharov said. “There is so far only a general understanding of what has to be done about tax evaders. The only thing we can be certain of is that the relevant bill already exists."

The problem is that ultimate beneficiaries of Russian companies currently pay no taxes, according to Alexander Arshavsky, an associate professor in the stock market and investment market department at the Higher School of Economics in Moscow: "The Finance Minister wants to restrict tax preferences to those companies that have the right to claim them. For example, a Russian company transfers money to a partner in Cyprus at a reduced tax rate. From there, the money is then transferred to a tax-free offshore area without any extra tax payments."

Russia may reach for offshore assets with help of OECD

Many of Russia's newly signed double taxation agreements (including with Cyprus) no longer allow middlemen to claim tax relief, but these measures do not work unless the ultimate beneficiary is known. This is why the Finance Ministry is moving now to make investors disclose this information. This “deoffshorization” of the Russian economy is estimated to bring several billion dollars a year to the federal budget.

Arshavsky believes that the measures proposed by the Finance Ministry are part of a larger global trend in which more and more countries are introducing laws in line with the stringent financial regulations in place in the United States. Many of the world's leading economies have already joined an OCDE strategy aimed at cracking down on tax evasion schemes and forcing businesses to disclose their ultimate beneficiaries.