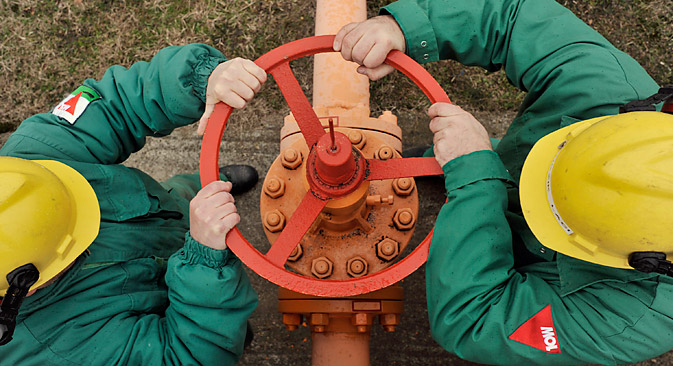 One way for the EU to wean itself from Russian gas would be fore the U.S. could export LNG to Europe. Source: AP

As the date of the Crimea referendum approaches, Russian officials prepare for possible economic sanctions from Western countries.

Although the United States and the EU have been threatening economic sanctions against Russia for several weeks, these threats may become reality following the Crimea referendum on March 16. Russia diplomats continue to state that such sanctions will not be enacted, despite strong rhetoric from American and British leaders, but they are preparing for the worst.

In a statement this week, U.S. President Barack Obama said: "We are looking at a whole range of economic and diplomatic steps that will isolate Russia and negatively impact its economy and status in the world.”

Additionally, a source close to U.S. Secretary of State John Kerry said that sanctions will be imposed in "a matter of days." British Foreign Secretary William Hague has promised that Russia "will pay dearly" for Crimea.

So far, the U.S. and EU countries have agreed to boycott the G8 summit in Sochi and the U.S. has halted negotiations on signing a free trade agreement. In early March, EU foreign ministers proposed that negotiations on simplifying the visa process with Russia be halted and denying short-term visas should be discussed.

Military cooperation has also been suspended. The U.S. and Canada announced that they would halt cooperation with Russia, and NATO has ceased all military contact with Russia, according to NATO Secretary-General Anders Fogh Rasmussen.

In addition, Obama directed the State Department to introduce "visa restrictions on a number of government officials and private individuals in Russia and Ukraine, whose actions threaten the integrity of Ukraine."

All of these things pale in comparison to the potential damage of economic sanctions to Russia. According to Senator Chris Murphy, the chairman of the Senate Subcommittee on European Affairs, possible measures include freezing the assets of Russian state institutions and private investors.

Asked about the targets of potential sanctions, Dmitry Malyshev, head of the department for tax practice and international development of consulting firm KSK Group, said: "The efforts may be concentrated on bank accounts and assets of Russian officials registered with offshore companies. Most likely the interest rate on foreign loans to Russian borrowers will increase. An extreme and unlikely measure would be to block payments passing through U.S. correspondent banks where the payer is a company with a Russian beneficiary."

Malyshev does not think that the international reserves of the Central Bank will be frozen.

Another possibility is that the U.S. and EU will enact sanctions against Russia like those in place against Iran, including an embargo on Russian oil. As a result of these ongoing sanctions, Iran is suffering from rampant inflation (31.5 percent) and unemployment (13.4 percent).

Longer-term energy strategies are also a possibility. While Europe cannot instantly reorient its energy policy away from Russia to other suppliers, it can pursue this strategy for the long term.

One way for the EU to wean itself from Russian gas would be fore the U.S. could export LNG to Europe. Currently gas exports from the U.S. to the EU are legally restricted, but these restrictions could be lifted. 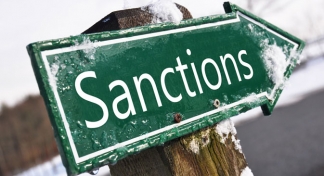 Nevertheless, the time needed to construct LNG terminals means that the first deliveries could begin no earlier than 2015.

An easier alternative for European gas supplies could be Iran, should the country’s president Hassan Rouhani continue to steer a course toward normalizing relations with the West.

Iran has the second largest gas reserves in the world and Iran's deposits are closer to Europe than many of Russia’s.

Russia is already preparing its response to sanctions. Presidential Aide Sergei Glazyev said: "If sanctions are imposed against state institutions, we will have to recognize the de facto impossibility of paying back loans that were given by U.S. banks to Russian institutions."

This may adversely affect the conditions for granting loans to Russian companies and increase the costs of insuring commercial risks.