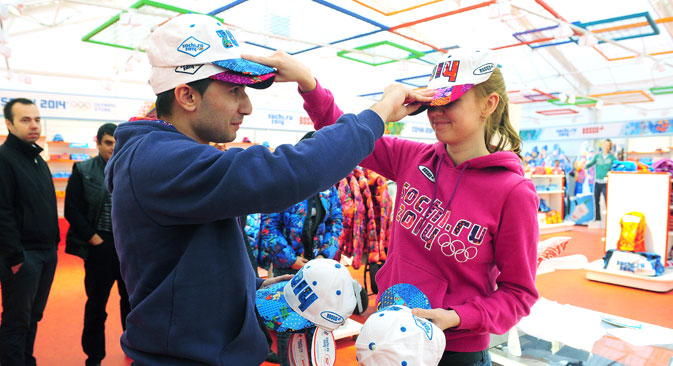 The Sochi Olympics set records not only for the cost of their implementation, but also for profits. Source: ITAR-TASS

The 2014 Winter Olympics have already gone down in history as the most expensive Olympics ever, but now they promise to set another record in terms of profits generated by the organizers. The funds from sponsors alone will bring the Sochi Organizing Committee $1.3 billion, twice as much as the Vancouver Games.

The Sochi Olympics were the most expensive sporting event in the history of international competitions.

According to official estimates from the Ministry of Regional Development, preparation for the Winter Games cost 1.5 trillion rubles (around $42 billion), as opposed to the originally announced 314 billion rubles ($8.8 billion).

However, this total includes not only the cost of constructing sports facilities and infrastructure, but also the implementation of the program to develop Sochi into a mountain resort.

This program included the establishment of transport and engineering infrastructure, as well as the construction of a new railroad and airport.

As a result, Russia left China in the dust in terms of Olympic spending. The Beijing Olympics cost China around $40 billion. As with Sochi, an impressive amount of investment helped explain the scale of the Beijing development project.

The latter program included measures to improve environmental conditions in the Chinese capital and update the city’s entire transportation system. One hundred kilometers of new metro lines and around 60 new metro stations were built in the lead-up to the Beijing Olympics.

According to Deputy Prime Minister Dmitry Kozak’s estimates, it cost only 214 billion rubles (around $6 billion) to construct Sochi’s sports infrastructure. Of that amount, only 100 billion rubles ($2.8 billion) were allocated from the national budget. The remaining amount was provided by private investors.

In the words of Managing Director of the Alor Group Sergei Khestanov, the costs of preparing for the Olympic Games are always at the same level. “Total investment depends on the cost of developing the surrounding infrastructure,” Kozak explained.

Infrastructure in the Krasnodar territory (the region in which Sochi is located) required massive transformation, including road repairs and the construction of a new power plant. As a result, only 13 of the 424 facilities built for the Olympics were sports-related.

The remaining sum is related to infrastructure and the hotel industry, the latter accounting for a large part (about $36 billion) of the total budget. But as Khestanov said, it is not easy to calculate how much was really spent on the Russian Winter Olympics. This is why total investment was originally estimated at between $33 billion and $36 billion.

“It was set up so that costs were not publicized, so part of the costs went through the federal budget, and the other part went through the Krasnodar Territory’s budget, making it difficult to track the total cost,” one expert said.

The Sochi Olympics set records not only for the cost of their implementation, but also for profits.

The Sochi 2014 Organizing Committee, with a reported budget of $2 billion, earned $140 million. Earlier, Kozak had cited a figure of 800 million rubles (around $22 million).

According to him, this was done to ensure that revenue from the Games exceeded costs. However, as the deputy prime minister’s Press Secretary Ilya Dzhus explained, this number can be considered a technical figure.

“The difference occurred as a result of the portion of grant money the Organizing Committee is required to return," he said.

But in any case, the total amount of income the Sochi 2014 Organizing Committee will bring Russia stands in large part thanks to the marketing opportunities afforded by the Winter Games.

Russian Olympic organizers are calculated to receive around $1.3 billion from sponsors and national partners alone. This is almost twice as much as the Vancouver Games earned ($760 million, according to estimates by the University of Ottawa).

Coca-Cola has been an Olympic partner since 1928. The company began its operations in the USSR thanks to the Moscow Olympics in 1980.

As a national partner of the Olympic Games in Sochi, Russia's largest bank Sberbank issued a line of Visa cards featuring Olympic symbols, as well as specialty coins.

“Of course, Olympic partnership had a massive influence on business development,” a representative of Sberbank told RBTH, declining to provide specific figures.

Another Russian partner, mobile network operator MegaFon, believes that its support for the Games increased the company’s brand value. 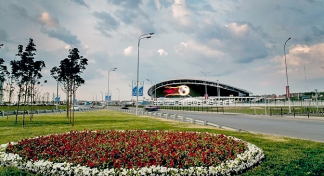 “As experience with previous Olympic Games has shown, we’ll only be able to start discussing the effectiveness of investments six to ten months after the Games,” said the head of MegaFon’s press service, Olesya Yaremenko. During this time, the operator plans to calculate how many new customers it acquired thanks to its Olympic advertising.

Experts say that profits from the Olympic Games can be calculated in a variety of ways. Sergei Khestanov is sure that, by simply looking at the difference of income over expenditure in terms of total investment in infrastructure in the Krasnodar territory, the Games do not appear to have been lucrative.

However, by looking at the cost of sporting events and facilities in isolation, it seems the Russian position is correct and the Games were, in fact, profitable.