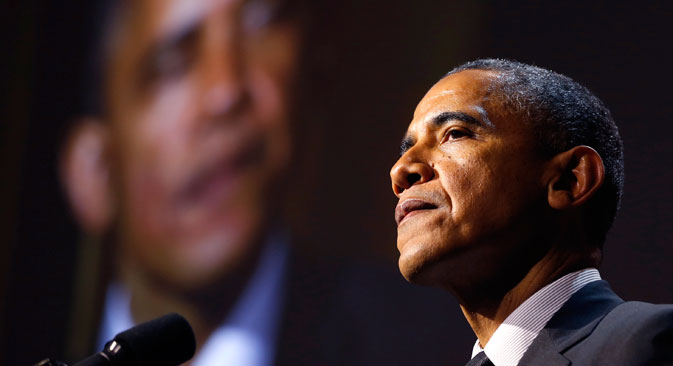 The CEOs of many major international companies have decided en masse not to participate in the St. Petersburg Economic Forum amid the ongoing conflict over Ukraine, with many U.S. firms responding to a government call to withdraw from the event. Russian experts admit the boycott is a damaging blow, but will the demarche affect real collaboration?

The chief executives of numerous major international companies have decided en masse not to participate in the St. Petersburg Economic Forum amid the ongoing conflict over Ukraine, with many U.S. firms responding to a government call to withdraw from the event.

On May 6, Deputy Economic Minister Sergei Belyakov, in an interview with the Rossiya 24 TV channel, reported that the organizers of the St. Petersburg International Economic Forum had received numerous cancellations from representatives of foreign companies.

“Most of them had previously confirmed their participation, but informed us that, regretfully, they had been forced to change their plans,” said the deputy minister. “For us, this is certainly a loss, an unpleasant surprise, but we were prepared for this.”

The number of representatives from foreign organizations listed on the official website of the forum, as of today, includes 311 people, which is 40 percent fewer than the number of participants attending the forum in 2013. The most significant reduction, from 109 people in 2013 to 53 in 2014, was among American companies. The numbers of representatives of Italian and German businesses have also decreased significantly, by 10 and 14, respectively.

Among the companies refusing to participate are big players like PepsiCo, the Coca-Cola Company, Alcoa, ConocoPhilips, Bain & Co, PeMex, and Goldman Sachs. The companies Caterpillar, Boeing, and Boston Consulting Group are to decide about their participation in the forum based on further developments of the geopolitical situation.

Earlier, citing anonymous sources, Bloomberg reported that the White House was putting pressure on American companies that had planned to participate in the forum. According to the agency, the head of the U.S. Treasury Jack Lew and senior adviser to President Barack Obama Valerie Jarrett personally called the potential participants in the forum, and informed them that their going to St. Petersburg “would not provide a very good signal.”

Russian experts concede that the large-scale boycott is a blow to the image of the forum and threatens to undermine the importance of this year’s event.

Vladimir Klimanov, an expert from the Russian Presidential Academy of National Economy and Public Administration, said that the St. Petersburg Forum was traditionally designed for high-level participants and has always been a landmark platform for decision-making. Typically, ideas and statements voiced at the forum provide an impetus for domestic initiatives.

“Certainly, this boycott of the forum by the heads of the largest companies truly deprives the Forum of its original raison d’etre. There will not be any discussions and exchanges of views at the highest levels. This is likely to have an impact on investment decisions,” said Klimanov.

Maxim Shein, chief strategist at the BCS Financial Group, also noted that the absence of CEOs from foreign companies would make the forum less effective.

“Certainly there will be fewer contacts and agreements. This is something that the U.S. government needs to think about, because business will be the first to suffer. The Russian side will also lose a lot, seeing that the Americans are our chief partners in many areas,” said Shein.

“However, that what is happening now does not mean that economic ties will be completely severed. This needs to be looked at as a new stage, as a push for the development of business relations at another level.”

Shein’s words were indirectly confirmed by the statement made by Belyakov during his TV interview. The official assured people that Russia “would not close its economy for those who refused to attend the forum.” Nevertheless, he stressed that, “to a greater extent, we will be developing cooperation with those companies that do come, those with whom we will have direct contact.”

Bets can also be placed on contracts with Asian partners, something Maxim Shein does not exclude. “It is possible that this year at the forum, Gazprom will sign a major agreement with China,” he said in an interview with RBTH.

Meanwhile, the Russian branch of Ernst & Young does not believe that the refusal by many chief executives to participate in the SPIEF will lead to the collapse of any concluded agreements.

“I would not say that these refusals that have been announced will significantly affect the operation of the forum. In some cases, there are replacements – representatives on the level of members of boards of directors will be coming, which in itself represents status,” said Alexander Ivlev, managing partner at EY Russia, in an interview with RBTH.

“Furthermore, we must bear in mind that all major deals are prepared well in advance of the forum, and the forum itself serves only as a place of final execution,” said Ivlev. “Therefore those contracts that organizations planned to sign, I believe, will likely be signed.

“We are confident that these temporary problems will not have any significant impact on the development of partnerships with our European and overseas counterparts. International investors are not leaving the Russian market,” added Ivlev.