Foreign affair: Which brands have captured the hearts of Russians? 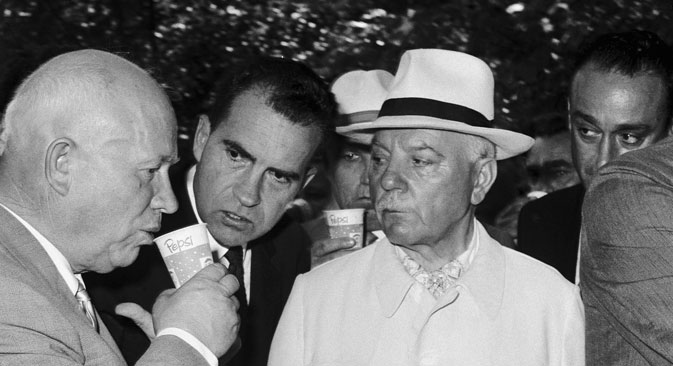 For the majority of Russian citizens, international brands are a must: As far as cars are concerned they prefer the Korean Hyundai or KIA, but when it comes to phones they opt for Samsung. Muscovites, unlike the rest of Russia, prefer Apple and Volkswagen products.

According to data from Online Market Intelligence, more than 50 percent of Russians always pay attention to the brand name of the manufacturer or the supplier when purchasing goods and services. This is because for the consumer a famous name signifies quality.

The most popular car brand in Moscow, according to data from the Avtostat agency, is Volkswagen, while KIA is in second place and Hyundai rounds out the top three. If one looks at the models themselves, the most popular are the Volkswagen Golf, Hyundai Solaris, Ford Focus and Skoda Octavia.

In 2013, the Volkswagen concern sold 5.9 million cars in Russia, and sales increased by 3.3 percent in comparison with 2012. However, if the German car industry is ahead in Moscow, the Koreans reign supreme in the provinces. The leader among foreign models in Russia is the Hyundai Solaris: 114,000 cars were sold last year, while the KIA Rio New is in second place, with 89,788 cars.

The battle of the smartphone manufacturers Apple and Samsung has proved to be no less vigorous on the Russian market. Thus, according to data from the marketing department of the internet and phone retailer Evroset, Samsung leads the smartphone market in Moscow in terms of the number of models sold.

However, in monetary terms Apple is in first place, simply because these models are more expensive. Nokia in turn comes in an honorable third place. Moreover, according to data from OMI Marketing, Samsung has outstripped Apple in the smartphone market in Russia as a whole, but concedes in terms of tablet sales: Russians prefer the iPad.

A hamburger with a fizzy drink

Coca-Cola arrived on the Russian market during the Olympic Games in 1980, and at present it is once again outstripping its global rival, PepsiCo.

In January this year the company Mix-Research conducted a telephone survey into which drink and mineral water brands consumers prefer. Russians first and foremost responded with Aqua Minerale (PepsiCo) and BonAqua (Coca-Cola Co.).

The share of each of these brands accounts for 17 percent of the responses. Of those consumers surveyed by the marketing specialists, 38 percent and 37 percent respectively said they had drunk Aqua Minerale water produced by PepsiCo, and BonAqua, which belongs to Coca-Cola, in the last month. However, when it comes to fizzy drinks, then the share of Coca-Cola brands on the Russian market in physical terms is 24 percent, while for Pepsi-Cola it is just 15 percent.

Aside from Coca-Cola, Russians prefer American fast food over the fare produced by domestic equivalents. Historically,McDonalds is the absolute leader on the Russian fast food market.

The chain arrived in Russia back in 1990, and the opening of the first restaurant on Pushkinskaya Ploshchad’ (Pushkin Square) became a political event, with more than 30,000 people waiting in the queue.

This restaurant remained the single most popular McDonald’s restaurant in Europe for a long time. Moreover, its first director, Khamzat Khasbulatov, later became director for the chain across Eastern Europe.

McDonalds developed exclusively under its own steam in Russia, whereas in the rest of the world around 80 percent of the outlets operate according to a franchising system. As a result by April 2014 the chain had opened 422 McDonald’s restaurants in Russia, spanning 72 cities and regions.

The chain’s biggest global rival Burger King only arrived in Russia in 2010, and to begin with the company developed according to a franchise model. By 2014, the chain had already successfully opened 200 restaurants in Russia. In the end, McDonald’s decided to sell franchises regardless: The company has decided to develop the franchising model in Russia from 2014 onwards.

In addition, foreign companies adapt their product for the Russian market. “In McDonald’s restaurants, the menu is dependent on the traditions and tastes of the local population,” explains Vadim Gusinoozyorsky, acting PR & brand director for the Krasnoe Slovo agency.

“Authentic ‘McBeer’ is sold in Germany, while in Indonesia it’s a traditional hamburger with a rice cake instead of a bread roll. In Spanish restaurants it’s the McGazpacho, a cold tomato sauce with olive oil and vinegar. In Russia it’s Beef a la Russe with bacon and a rye roll as a main course.”

Burger King, on the other hand, offered a specialmeal in its restaurants during Lent for fasting customers, including a vegetarian burger and a roll with a lentil cutlet.