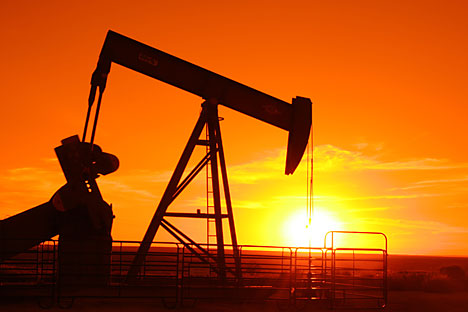 The parameters of the agreement on the table may be to neither party’s advantage. Source: Shutterstock

The ongoing talks between Moscow and Tehran on a barter agreement worth an estimated $15-20 billion have caused consternation in the U.S. However, as Gevorg Mirzayan argues, the economic circumstances and the loosening of Western sanctions on Iran may mean that the deal never gets off the ground.

The Russian-Iranian oil-for-goods deal currently in progress is very much like the white whale Moby Dick: Everybody is talking about it but no one has seen it. That may be because neither Moscow nor Tehran are seriously considering it. Not in its current form, at least.

The parameters of the deal, as reported by the media, qualify as a minor sensation. Reportedly, Russia will receive up to 500 barrels of Iranian oil daily in exchange for goods. The oil will not necessarily be going directly to Russia: It may be used, for example, to make up supplies to China. In 2013, Rosneft signed a contract with China for the supply of 360 million tons of oil to that country over a period of 25 years.

However, the existing capacity of Russia's East Siberia – Pacific Ocean pipeline may not be enough as it will have to accommodate supplies to the Primorsky Territory too, with part of its throughput capacity reserved by the operators for other purposes.

The overall amount of the Russian-Iranian deal is estimated at $15-20 billion. Yet the economic impact is just part of its huge political significance. The deal should become one of the pillars of cooperation between Iran and Russia. Since the completion of the Bushehr nuclear power plant, there are no longer any serious joint economic projects between Moscow and Tehran which require political cooperation.

Reports of an impending deal have unsurprisingly provoked an extremely negative reaction from the U.S. The deal will not only allow Iran to bypass sanctions and sell (albeit in the form of barter) its oil to external markets, but also reduces Iran's motivation for seeking a compromise with the West. Furthermore, the Americans are concerned that through this deal the Russians may seize the Iranian market, much coveted by U.S. companies.

In the meantime, Russian experts suggest that in the end there may be no deal. That is not because Moscow or Tehran are afraid of U.S. sanctions. It is more the case that under certain circumstances the parameters of the deal are attractive neither to Russia nor to Iran.

According to this theory, the idea of the deal came about quite spontaneously. "When there appeared to be some movement in the situation with the Iranian nuclear program, Russia grew nervous. Moscow began to feel that it was losing Iran, which explains the immediate emergence of various rash schemes to keep hold of the Islamic Republic,” Konstantin Simonov, head of the National Energy Security Fund, told RBTH.

“Russia will not benefit from this deal. I ran is our direct competitor on the world oil market,” said Simonov. “Why would we be selling its oil and dealing with resolving its problems? [Moscow is unlikely to gain much out of reselling Iranian oil as the Iranians have already made it clear that they will not be supplying oil at discounted prices – RBTH] As for goods, no one can say what it is specifically that we shall be supplying to Iran."

The Iranian market is already full of Chinese goods, some of which are cheaper than their Russian equivalents and are of better quality.

"The problem of exporting $15 billion worth of Russian goods to Iran in exchange for Iranian oil is that this amount is nearly 30 times the amount of Russia's current exports to Iran. What would Russia be able to fill this huge gap with? Unless weapons are considered, probably with nothing,” Iran expert Sevak Sarukhanyan told RBTH.

“There is, of course, the option of building a second unit at the Bushehr nuclear power plant in payment for oil supplies, but so far it is not clear to what extent this option is acceptable to the two sides,” said Sarukhanyan.

“As another option, Russia could pay for Iranian oil with various services. For instance, at a meeting of CIS railway heads in Kazakhstan, Moscow said it was ready to build the Qazvin-Rasht-Astara railway on Iranian territory to link the railway systems of Iran, Azerbaijan and Russia as part of the North-South international transport corridor."

It would seem that for Iran, unlike Russia, the deal is advantageous from whichever side you look at it: Tehran gets help with selling its oil and receives assistance with implementing various projects inside the country. And yet in the end Iran may itself refuse this tempting offer.

"The very fact that possible oil exports to Russia have been discussed has already played into Iran's hands: Western companies have begun approaching the Iranian government with offers to invest in the country's oil sector and assist with taking Iranian oil to the world market,” said Sarukhanyan.

“Whereas the deal with Moscow makes sense for Tehran only if the Western economic sanctions against the Iranian oil sector remain in place. In fact, these sanctions are gradually disappearing and Iran is restoring its export volumes. If the sanctions are lifted altogether, Iran will certainly reject this deal since, given the country's current situation, the government's main task is to get foreign currency into the country," he concluded.