Joint venture on a paper chase 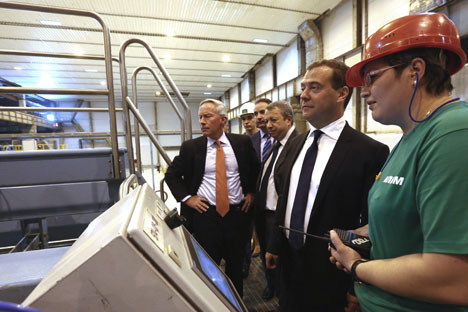 International Paper thrives in Russia thanks to a local partner and a long-term strategy.

The investment landscape in Russia is a wild and thorny tangle of government caprice, powerful oligarchs, officialdom, and corruption. Despite this, International Paper, one of the largest pulp and paper companies in the world, has put down deep roots in this unforgiving soil, and is pouring money into their Russian projects.

Led by CEO John Faraci, International Paper is headquartered in Memphis, Tennessee but has a presence in more than 24 countries, employing 70,000 people and taking in $1.4 billion in net earnings in 2013.

International Paper arrived in Russia in 1998 when it acquired the Svetogorsk Mill, in a move to take advantage of the facility’s low production costs and to expand into growing European markets, according to then-International Paper Europe president Robert Amen. 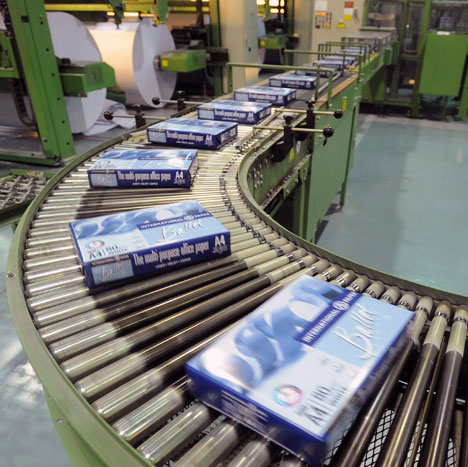 International Paper arrived in Russia in 1998 when it acquired the Svetogorsk Mill. Source: ITAR-TASS

In October, 2007, International Paper formed a 50:50 joint venture with Ilim Holding to form Ilim Group, the largest foreign-domestic alliance in the Russian forestry sector, producing more than 2.3 million metric tons of pulp, board, and paper per year. The strategy involves around $2 billion in investment and financing in Ilim Group’s three mills over about five years.

The effort that International Paper has been pouring into Russia seems to be worthwhile. “They’re very happy with their operations in Russia,” said Steven Chercover, a senior research analyst with D.A. Davidson in Portland, Oregon, who provides analytical coverage of International Paper.

Eco building of trash can be profitable

“The industry structure is quite good, it’s quite consolidated. There are really four major players, and IP is two of them. They’re doing very well in Russia. It constitutes about 8 percent of their EBIDTA – not an insignificant part of their earnings, and their margins are very good.”

A key element of International Paper’s approach in Russia is expressed in the title of a master class that Franz Joseph Marx, then president of IP Russia, delivered to 50 Global Executive MBA students from Duke University last June. Marx’s lecture, which took place in St. Petersburg during the students’ residency there, was entitled, “Doing Business in Russia: Structure Follows Strategy.”

“Solid structure provides personal engagement, which leads to higher productivity,” Marx said. He also cited, as an example of business efficiency improvement in Russia, their facility in Svetogorsk, where in the last four years they have generated more than two and a half times more earnings for every ton of product.

Marx attributes the success of the mill to the efficiency initiatives the company has implemented there. “Looking ahead, we are continuing to work on streamlining the efficiency of our business and improving productivity at the same time,” he said.

After serving as president of International Paper Russia since 2008, Marx took over Ilim Group as CEO in July of last year. Ilim Group, the largest Russian enterprise in the timber industry, produces over 65 percent of Russian marketable cellulose and over 21 percent of cardboard, and employs about 17,000 people.

In 2008, Ilim began upgrading production capabilities in Bratsk, in the Irkutsk Region. The Russian Ministry of Industry and Trade granted the project – which was described in a post on the website of the Russian Government as “the largest investment project that the national forestry sector has seen over the last 30 years” – the status of a “priority investment project in forestry development.”

Russian Prime Minister Dmitry Medvedev visited Ilim Group’s new pulp mill in Bratsk in June 2013, and took part in its launch ceremony. In his remarks at the ceremony, Medvedev described the mill as “an advanced project that serves as a good example of coordinated efforts by business, the regional authorities, and, to some extent, the federal government.”

Ilim is currently implementing two large-scale projects under the Ilim-2014 investment program: Greater Bratsk, which is the world’s largest producer of softwood pulp, and Greater Koryazhma in the Arkhangelsk region, producing offset and office paper.

In November, Ilim Group launched production of the SvetoCopy brand of paper, intended for daily office use, and described in the company’s press release as “an integral part of [the] Joint Marketing agreement between Ilim Group and International Paper.”

Distribution and sale of all uncoated printing paper produced by Ilim Group’s mills is managed by International Paper, which conducted an audit at the Koryazhma Mill to ensure that SvetoCopy conforms to the requirements for their brands. Marx described SvetoCopy as “a significant milestone in [the] development of Ilim Group and the wider paper industry in Russia and the CIS.”

Russia and the CIS make up 36 percent of Ilim’s sales distribution. International Paper reported equity losses of $12 million in the fourth quarter of 2013 for Ilim Group, compared with equity earnings of $11 million in the third quarter of 2013. These dynamics are partially due to foreign exchange movement of the U.S. dollar versus the Russian ruble, the company said. “I would submit that the recent decline in IP’s share price pretty much reflects the value of IP’s investment in Russia,” Chercover said. “It’s priced into IP’s share already.

International Paper’s presence in Russia extends into the social sphere as well. Faraci is a member of the Moscow School of Management Skolkovo Advisory Board. Also on the board is Medvedev, who, incidentally, served as legal affairs director of Ilim Pulp starting in 1993.

In September, International Paper granted two scholarships for Skolkovo educational programs. Then-interim president of International Paper Russia Eric Chartrain said the company is “incredibly proud to continue this great initiative by funding the scholarships and involving the students in our corporate projects and initiatives, as well as personally mentoring them.”