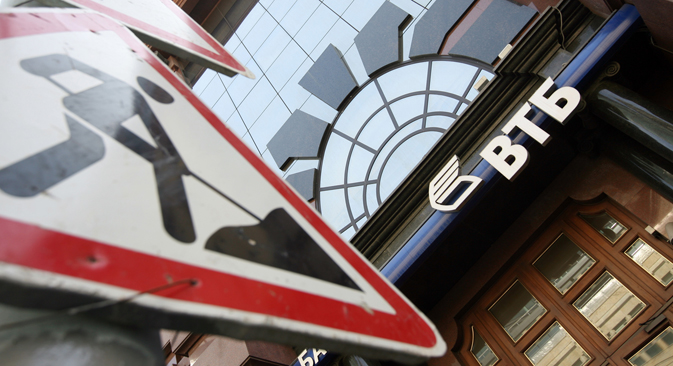 The situation in Ukraine has mainly affected large banks that have an extended network of branches abroad. Source: Fotoimedia

Russia's biggest banks, VTB and Sberbank, have released their figures for the first quarter of 2014. The figures turned out to be worse than expected, partly due to Ukraine-related losses.

The bank's financial results have been seriously affected by developments in Ukraine. In particular, taking into account foreign exchange revaluation and securities investments (mostly, in government bonds and Ukrainian corporate bonds), Ukraine has resulted in 18 billion rubles ($523 million) in losses for the bank.

According to the Russian Central Bank, as of late May 2014, 25 percent of Russian banks were loss-making, while in March the figure was 20 percent. According to MFX Broker analyst, Sergei Nekrasov, banks have introduced tougher loan requirements after loan non-payment skyrocketed in the past three and a half years.

According to Alpari analyst Anna Kokoreva, the situation in Ukraine has mainly affected large banks that have an extended network of branches abroad.

"Currently, their operations in the neighboring country are under threat, as are the operations of any other pro-Russian organization. It is likely that over the next 12 months, Russian banks will wind up their presence on that market altogether," she said. 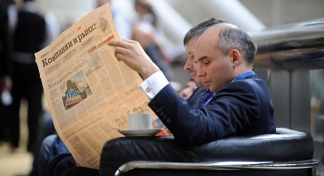 At the same time, according to Mikhail Krylov, director of the analytical department at United Traders, one cannot say that the Ukrainian market has already been lost to Russian banks.

Sergei Nekrasov, analyst of MFX Broker, agrees: "At the moment Russian banks are wary of working in Ukraine but these are temporary fears and soon we shall see Russian banks return to the Ukrainian market."

Analysts predict that major Russian banks will continue to experience some difficulties till the end of 2014, which has to do not only with a rise in non-performing loans but also with a drop in credit ratings indirectly resulting from Western sanctions against Russia.

For example, S&P has downgraded the long-term ratings of VTB and its subsidiaries from BBB to BBB-, which affects the bank's financing capabilities and has a negative effect on the Russian banking sector as a whole.

Read more: In a global economy, can Russia go it alone?