Russia ready to collect information on its depositors abroad 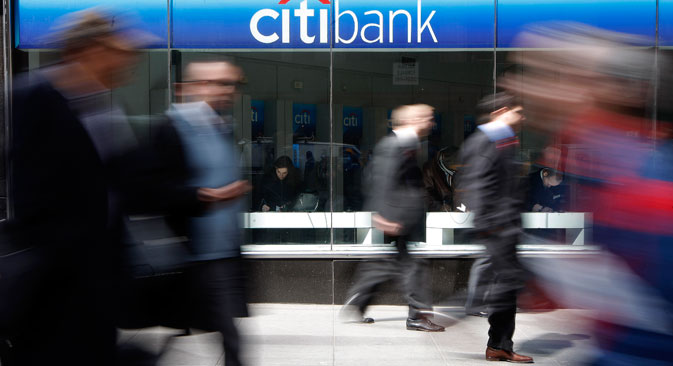 In order to work with FATCA, most countries have signed interstate agreements with the U.S., and information will be exchanged between tax services. Source: Reuters

The Russian authorities are ready to provide the U.S. internal revenue service with information on American depositors, but have drafted a bill for similar measures in the United States. All foreign banks that work with Russian clients will be obligated to disclose information about such clients to Moscow. Primarily, the new law might affect the Balkans, Spain, and Greece.

The profile committee of the lower house of the Russian parliament - the State Duma – has approved for adoption on the first reading a bill that allows banks to operate according to the rules of the American FATCA system.

However, in addition to allowing Russian banks to transfer customer data to foreign tax authorities, the bill also obligates foreign banks to report to the Russian Federal Tax Service. This means that the Russian authorities can use the American law to make the same demands of foreign banks. As a result, experts say, the new document will be part of an ambitious program to "de-offshorize" the Russian economy, as President Vladimir Putin announced at the beginning of 2014.

Bringing Russian business back to Russia

The program aims to return big business from abroad back into Russian jurisdiction. "Russian banks may be entitled to request information about the accounts of Russian citizens abroad,” points out Mikhail Kuzmin, an analyst at Investcafe, “but foreign banks will not be required to disclose such information because they have not signed any documents obligating them to do so with Russia or with individual credit institutions. Rather, these mirror amendments serve as the formal answer to the FATCA law.”

The new law allows Russian banks and other financial organizations to share information about their customers with foreign tax authorities only with the consent of clients. However, banks will have the right to deny clients service should they fail to comply with requests. A similar legal framework will go into effect in Swiss banks in July 2014.

The Foreign Account Tax Compliance Act (FATCA) is a U.S. tax law that requires financial institutions outside the United States to transmit information about their customers - American taxpayers - to the U.S. Internal Revenue Service (IRS).

By July 1, all financial institutions must join FATCA; otherwise, the U.S. tax authorities will be entitled to retain 30 percent of payments received by banks from the United States.

In practice, all operations conducted in U.S. dollars go through U.S. banks in one way or another, so most major banks have decided to join the new system. Over 500 banks have registered with the IRS worldwide.

In order to work with FATCA, most countries have signed interstate agreements with the U.S., and information will be exchanged between tax services. A similar agreement was supposed to be signed between the U.S. and Russia, but the American authorities abruptly withdrew from negotiations after the crisis in Ukraine began.

The largest state-owned banks – Sberbank and VTB – have agreed to work directly with the U.S. authorities on the new system. The State Duma, however, was critical of this decision, as the current Russian legislation prohibits the transmission of information about depositors to other countries. After that, VTB officially stated that it was terminating its relationships with American depositors.

In turn, the Russian subsidiary of the Austrian bank Raiffeisen, according to RBTH sources, has already begun transmitting information to the U.S. authorities about all clients who were born in the United States.

The new bill has been repeatedly re-worked by the State Duma and finally included a provision on disclosure of information about Russian depositors abroad. "The mirror measure was included because we could not opt out of it for political reasons,” says Yegor Dvinyaninov, an analyst at ACG Gradient Alpha. “If we are going to implement the U.S. law, we must also implement a legal norm that is to be accepted by the rest of the world, including by the United States.”

However, according to Dvinyaninov, the measure is unlikely to have any effect, since Russia has no leverage over banks and countries. The ruble is not a reserve currency yet, and the Russian economy is not as extensive as the U.S. economy.

"The geographical range of the new law’s enforcement, I think, will be confined to our friends: the Customs Union (Kazakhstan and Belarus) and, in the best case scenario, China and Cyprus, who are dependent on Russian money," Dvinyaninov added.

According to Managing Director of ZIP Reality Yevgeny Skomorovsky, "the countries that are dependent on Russia are countries that the Russians use as ‘safe havens’ – Serbia, Croatia, Montenegro, Bulgaria and Greece, and Spain. It is unlikely that the Russian government will be able to have an impact on countries such as the UK or the U.S., but Bulgaria or Greece may well support this law, at least there is a legitimate basis for this now," he said.