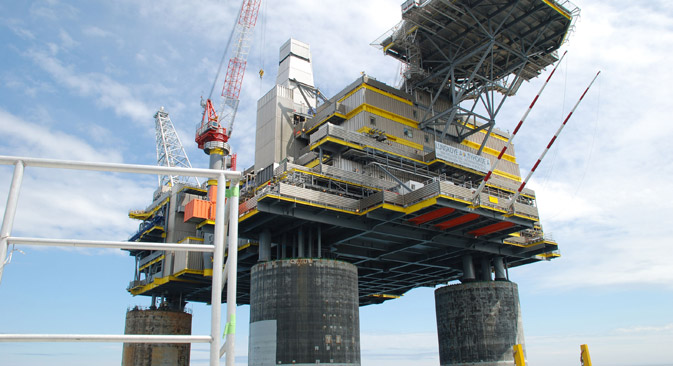 Oil company Rosneft and gas leviathan Gazprom are on a legal collision course in the Russian Far East. Rosneft has taken the Sakhalin Energy company, whose main shareholder is Gazprom, to court over access to the gas giant's pipelines in the region. Until now, no one in Russia has dared openly confront the gas monopoly, but the case is proof of Rosneft’s growing might.

Trouble is brewing in Russia’s Far East. The island of Sakhalin, located off the country’s Pacific coast just north of Japan, has become the stage for a legal showdown between two of the world’s largest energy behemoths, Rosneft and Gazprom.

Rosneft, the world’s largest oil company, has filed a suit with the Sakhalin Region’s court of arbitration against the Sakhalin Energy company,demanding to be providedwith access to its gas pipelines.

However, the case is in essence a direct challenge to Gazprom, since theworld’s largest producer of natural gasis the main shareholder in Sakhalin Energy.

Sakhalin Energy is the operator of Sakhalin-2, Russia's so far only liquefied natural gas (LNG) project. It develops two offshore deposits in Sakhalin, with estimated recoverable reserves of 150 million tons of oil and 500 billion cubic meters of gas.

Rosneft insists that the Sakhalin-2 gas pipeline system could be used to transport gas produced under the earlier Sakhalin-1 oil and gas exploration project for an LNG plant run by Rosneft together with ExxonMobil.

However, Gazprom refuses to use its pipeline to transport gas intended for Rosneft's LNG plant. It claims that otherwise it may not have enough capacity for its own LNG projects.

"According to Gazprom, Sakhalin does not have sufficient gas transportation capacity for both companies' projects. So the question is which of the two companies will take the burden of making additional investment in infrastructure," explains Investcafe analyst Grigory Birg.

The head of research at United Traders, Mikhail Krylov, points out that "access to pipelines is a long-standing bone of contention between the two oil and gas companies," however, "competition in this sector should be boosted for the sake of de-monopolization".

According to him, the emergence of competitors would prompt Gazprom to either cut capital expenditure or share its resources with other companies.

One of the Russian gas giant's main competitive advantages is the fact that it owns the world's biggest gas transportation network. In addition, under the federal law on gas supplies, Gazprom is the only exporter of gas from Russia.

The company was set up in 1989, shortly before the breakup of the Soviet Union. It was later transformed into a joint-stock company and for a number of years de facto ceased to be a state company since considerable blocks of shares in it were owned by a large number of Russian and foreign investors.

In the early 2000s, the state managed to regain control of the company under the leadership of Alexei Miller, a man seen to be close to President Putin.

In recent years, among other things, the company has fulfilled what could be described as social obligations to the public. For example, in 2005-2013, Gazprom spent nearly 214 billion rubles ($6.3 billion) on connecting small towns and villages across the country to gas mains.

Rosneft has become the only company in Russia's modern history to compete with Gazprom. Yet back in the 1990s, Rosneft was on the brink of extinction. However, in 2002, its board of directors approved a strategy envisaging transforming the concern into a transnational energy company with oil production of up to 45 million tons by 2015.

The company became news in 2004, when it managed to get hold of most of the assets of the bankrupted Yukos oil company, formerly owned by jailed tycoon Mikhail Khodorkovsky.

The idea of building a giant holding company based on Rosneft belonged to the then-deputy prime minister and a man from Vladimir Putin's inner circle, Igor Sechin.

"The gas market, like the oil market, is strictly divided and, on top of that, is strongly regulated. That is why companies that wanted to develop as independent suppliers on the gas market have come up against the wall that is the Gazprom monopoly," says Alpari analyst Anna Kokoreva. 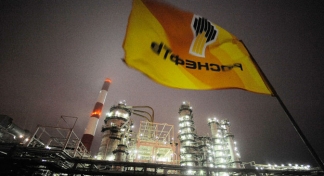 Rosneft is mounting its campaign for joint use of Gazprom's gas pipelines not only in Sakhalin. It would also like to export its gas via the Power of Siberia pipeline project, which will be built by Gazprom under the terms of a 30-year contract for supplying Russian gas to China.

Rosneft does not rule out that it may seek access to Gazprom's Siberian pipelines through the courts.

"The issue here is not so much about access to the Power of Siberia as about a further liberalization of the gas market and about the opportunity for independent producers to export gas or to demand better terms from Gazprom when buying gas from it," Grigory Birg believes.

Confrontation between the two Russian energy giants is likely to continue at the international level, he adds.