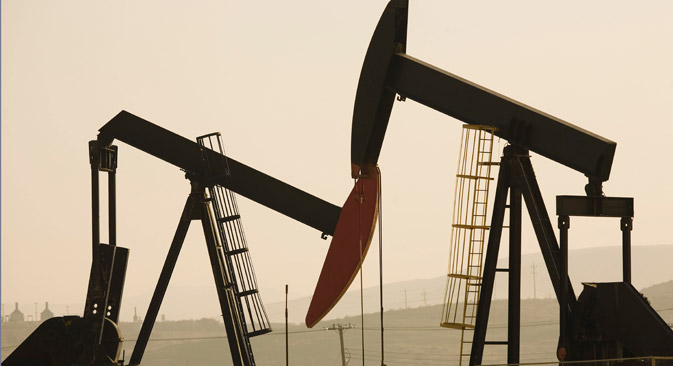 Deal will give Russian oil giant up to $1 billion toward refinancing debts. Source: Alamy/Legion Media

The Chinese company CNPC is to get up to 10 percent in Russia’s Vankor oilfields, Rosneft’s biggest production asset. Analysts point out that the deal is very profitable for the Chinese since this is an already developed field, while it could allow Rosneft to raise up to 1$ billion to help manage its accumulated debt.

Chinese investors are to receive up to 10 percent in the Vankor cluster fields of northern Siberia, one of the biggest developed Russian oilfields and Rosneft’s biggest production asset.

“The plan will secure state support, and we will encourage your participation,” said Putin to the members of the Chinese delegation.

“There are no restrictions for our Chinese friends,” he said. According to Kommersant, the Chinese state company CNPC could get up to 10 percent in Vankorneft for approximately $1 billion.

Rosneft and CNPC are also in talks concerning joint works on the Barents Sea and Pechora Sea shelves, but Rosneft has had no functioning joint ventures with Chinese companies up to now, which makes this agreement unique.

“This decision is driven by Rosneft’s financial needs rather than some potential benefit from a specific deal on the Vankor deposit,” says Irina Grinets, Chief Analyst of the Center for commodity-based economy at the Russian Presidential Academy of National Economy and Public Administration.

Grinets explains that the company holds a large volume of liabilities. In 2013 Rosneft net debt amounted to about $44.5 billion, while the company’s debt payments will peak in 2014-2015, with $30 million to be paid. Moreover, as a result of U.S. sanctions, Rosneft is unable to take out credits for more than 90 days. Turning to China for investment looks perfectly logical in this context, says Grinets.

According to Ilya Balakirev, UFS chief analyst, the decision to sell a stake in the project is dubious but looks reasonable in the current circumstances.

“Rosneft is seeking to refinance a large debt that is worrying investors. By selling a minority stake in a strategic asset, the company can raise about 1$ billion without losing control of the field,” Balakirev says. He also sees this as a generous political move which will benefit the expansion of Russian-Chinese cooperation in future.

“It should be taken into account that the Vankor cluster is not a new, undeveloped or complex project. The deposit already has the entire infrastructure, including the Purpe pipeline,” says Irina Grinets.

She says that the exploration on the site started in 2009 and some 21.4 million tons of oil were produced in 2013. In the next couple of years the field is scheduled to reach the rated capacity output of 25 million tons annually.

“This means that the Chinese are being invited to join a developed and profitable project with no huge investment requirements,” she points out. From this point of view, the deal does not appear beneficial for Russia, in her opinion.

“Under current circumstances this is a positive move which will improve the financial standing of the company against the backdrop of sanctions, otherwise the company would hardly agree to sell a minority stake in one of its key production assets,” says Grinets.

“Dependence” is the flip side of any relationship and the increasing bilateral trade between the two countries also means a growing dependence on each other, she points out.

“This iswhy the mutual penetration of the Russian and Chinese economies will probably grow over years, which in itself could be a good development, but given that western sanctions reduce the alternatives for Russia, China will increasingly take advantage of the situation”, she adds.