How critical are the new EU and U.S. sanctions for Russia? 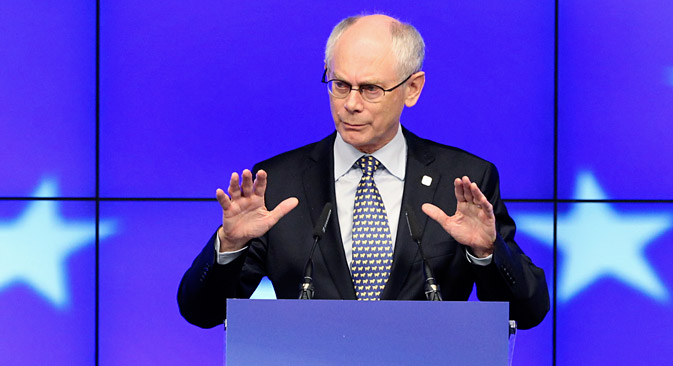 The European Union’s latest round of sanctions against Russia over its backing of militias in eastern Ukraine saw markets fall just slightly in response. According to Russian financial experts, the new sanctions do not fundamentally alter the situation for Moscow, and the markets are waiting to see how Russia chooses to respond.

On September 12 the EU imposed a fourth round of sanctions against Russia, with the corresponding document published in the EU's official journal. The U.S. is preparing to introduce similar measures.

The new restrictions will affect Russian state oil companies, big banks, and the defense industry. The list of individuals has also been expanded. In essence though, the new package only tightens former bans. Russian stock exchanges reacted with a slight fall and investors froze in anticipation of Russia's response.

The effect of the new sanctions

The new round of sanctions slightly expands and reinforces former bans, meaning that large Russian banks with state participation, such as Sberbank, VTB, Gazprombank, VEB and Rosselkhozbank, are now even more limited in accessing credit.

Before, the period of borrowing was reduced to 90 days (the U.S. and the EU introduced these sanctions at the end of July), whereas now the period is 30 days. Russian commentators believe that these measures will not have any significant effects.

"The banks took into consideration the negative effect of the restriction on accessing capital markets after the introduction of the first sanctions, therefore the new restrictions do not really change anything," says Investcafe analyst Mikhail Kuzmin.

The negative effect will not be critical, according to Kira Yukhtenko, a leading analyst at FBS brokers.

"Back in July, after the first round of sanctions, western financial organizations tried to reduce collaboration with Russian banks as much as possible by limiting operations," says Yukhtenko.

"State banks are not experiencing a shortage of ruble capital and in order to satisfy the dollar demand, they are continuing to participate on Asian financial platforms."

Access to foreign capital is restricted also for state oil companies with a revenue of over 1 trillion rubles ($26.7 billion). These are Rosneft, Transneft and Gazpromneft. Besides the financial side, the exchange of technologies and services in the oil sector will also suffer.

Additionally, the EU has introduced a restriction on collaboration with the Russian Federation in the development of hard-to-access oil deposits. Transneft and Gazpromneft will suffer least from these measures.

"These companies do not have big debts with western banks and they don't have giant projects that would need long-term foreign financing," said Mikhail Krutikhin, a partner at RusEnergy Consulting, speaking on Kommersant Radio.

According to Krutikhin, Rosneft will suffer the most, since it has a huge investment program and projects that require the exploration and extraction of oil and gas on the continental shelf, especially in arctic conditions. However, even in this case the negative effect will not occur immediately.

"There will not be any instantaneous effects from these restrictions," says Investcafe analyst Gregory Birg. "Such bans are important in terms of time; that is, it is important how long these sanctions will last."

Sanctions against Russia's defense sector have also been expanded. A ban has been introduced on European dual-use products destined for nine Russian enterprises, among which are the Kalashnikov Concern and the Tula Rifle Factory, which produces guided anti-tank missiles and firing weapons.

The European Union had been delaying the introduction of the latest sanctions: Although measures were approved on September 5, the final phase was delayed due to the desire to reach a consensus among EU member states.

"Individual countries are asking for more time," admitted the EU's new foreign affairs chief Federica Mogherini. European mass media reported that diplomats from Italy, Austria, Finland, the Czech Republic and Hungary were against the sanctions. One of the reasons: it is not worth upsetting the fine balance and provoking Moscow while the truce reached in the Donbass on September 5 is still in effect, Mogherini said.

The nearly one-week delay gave Russian investors an opportunity to prepare themselves. On September 11, when unofficial information about the EU's intention to introduce sanctions began circulating, Russian stock market indexes fell by 1-3 percent - a moderately negative reaction, according to analysts. On September 12 the markets only fell slightly; Investcafe analysts believe that Russia's response will provoke a more significant effect.

On August 7 Prime Minister Dmitry Medvedev announced a potential plan to introduce protective measures in the car industry, aviation construction and ship construction. Assistant to the Russian President Andrei Belousov told RIA Novosti on September 11 that Russia may limit the import of cars and some light industry goods, such as several types of clothes.