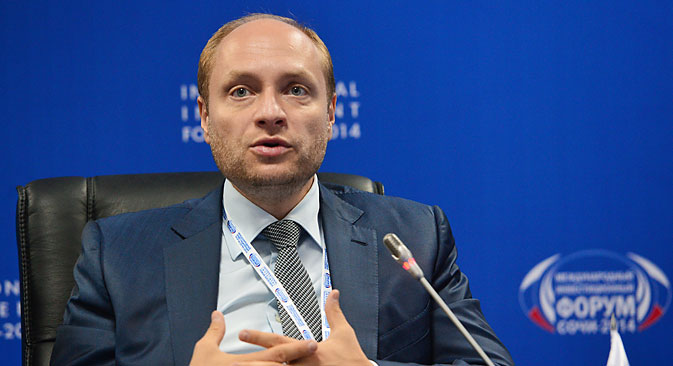 As part of a project to create advanced economic development zones, the Ministry for the Development of the Far East has managed to sign memorandums with seven major international investors.

The announcement was made by the minister for the development of the Far East, Alexander Galushka, at the Sochi Investment Forum. He did not however disclose the companies' names.

"The law on advanced economic development zones in Russia has not yet been passed, but we have signed memorandums of understanding with seven global investors that have tens of billions of dollars at their disposal," Galushka said.

added that, following an instruction from Russian President Vladimir Putin, the bill will be submitted to the State Duma during the fall session.

Alexander Galushka explained that KPIs for the new zones will be: the amount of investment attracted, the number of well-paid jobs, and GDP growth.

The idea to set up an advanced economic development zone in Siberia and the Far East was voiced in President Putin's address to the Federal Assembly (Russian equivalent of the State of the Union address) in December 2013.

"I propose setting up a network of special advanced economic development zones in the Far East and East Siberia, offering preferential terms for setting up manufacturing and processing productions aimed, among other things, at export markets," Putin said.

New productions to be set up in these zones should enjoy a five-year tax break applied to the profit tax, land tax, real estate tax, etc., the president suggested.

The authorities hope that these preferential terms will help create a business environment that would be competitive compared with key business centers of the Asia-Pacific region.

Unlike special economic zones, which already operate in Russia, the status of advanced economic development zones is expected to be granted to territories that could enjoy more substantial preferences and exemptions from general regulations.

The idea to set up advanced economic development zones in Russia is not supported by the Economic Development Ministry. According to deputy minister Yevgeny Yelin, 10 years' worth of experience of special economic zones has shown that they have not had any impact on the country's economic growth.

"The creation of one job in a special economic zone costs an average of 6 million rubles ($156,000). For that amount of money, a thousand jobs could be created," Yelin said. Thus, the impact on the economy is minimal.

The Ministry for the Development of the Far East explains that the idea to set up advanced economic development zones is based on international experience.

"We have compared business conditions in the Russian Far East and in the neighboring Asia-Pacific countries," Alexander Galushka said. In particular, the government studied the experience of those countries of the region where special economic zones did not work, for example, Japan.

"The mechanism of special economic zones did not work, Japan gave it up and instead introduced strategic special zones. Furthermore, as part of the reform, a special ministry running these zones was set up," Galushka continued.

The basic idea behind these strategic zones is the same as in the case of advanced economic development zones: to exempt a large territory from general regulations, establish different regulations for it, including tax breaks, economic freedoms and lower taxes.

"The same practice was applied in other countries. South Korea is an example of development through human capital and state support, which accounts for 90 percent of the country's economy," pointed out PwC partner Hazem Galal.

According to Alexander Galushka, since the start of the 21st century, there has been population drain from the Russian Far East, which is, in fact, the world's fastest growing region.

"Only one region in that part of Russia, Chukotka, has managed to achieve industrial growth of 187 percent year-on-year, largely thanks to specific microeconomic decisions. This is currently the only region in the Far East where the population is growing," Galushka said.

He pointed out that in the 1990s, Russia chose the macroeconomic strategy for developing its regions, whereas Asian countries, on the contrary, opted for specific microeconomic solutions. "China started with establishing four special economic zones. It is an example of how applied microeconomics has had an effect," the minister added.