Rosneft and Gazprom overtake Google and Apple in corporate transparency 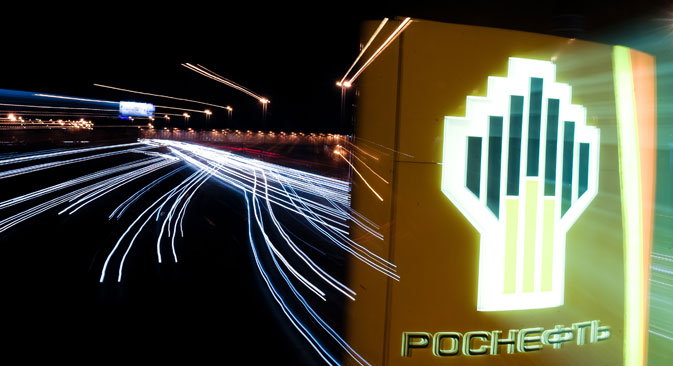 Russian state-owned oil and gas companies Rosneft and Gazprom have risen to higher positions in the corporate transparency rating than U.S. IT giants Google and Apple. According to analysts, in the past 12 months the Russian state companies have improved their corporate governance.

In a report issued by the international organization Transparency International, Russia’s state-owned oil and gas companies Rosneft and Gazprom have risen above American IT giants Google and Apple.

In the survey of 124 transnational corporations, the top slot has been awarded to the Italian company Eni (7.3 points), followed by the UK’s Vodafone (6.7 points) and Norway’s Statoil (6.6 points).

Among Russian companies, the best ranking belongs to Rosneft (in 46th place, with 4.2 points). In this ranking, Russia’s biggest oil company has outstripped its main partner, America’s ExxonMobil.

Gazprom’s ranking is a bit lower: 78th, with 3.5 points, while Russia’s biggest retail bank, Sberbank, with 1.5 points, is close to the bottom of the list.

At the same time, Russian players have turned out to be more transparent than the world’s leading IT companies, Apple (2.7 points) and Google (2.2 points).

At the same time, according to experts, in recent years, corporate transparency of Russian companies, including those with state ownership, has increased.

In particular, he adds, companies have broadly adopted the practice of presentations and conference calls at the end of reporting periods.

“Of the other criteria that were not directly used when compiling the rating, one could mention improved dividend practices by public companies in Russia, which increasingly reflect long-term strategic targets in relations with shareholders,” adds Bedenkov.

Although Russian companies have made considerable progress in transparency issues, Ilya Balakirev points out, disclosure continues to be rather one-sided, as companies are happy to disclose revenues but are reluctant to share information on costs.

“This has a negative impact on how companies are perceived by the market, with Gazprom being a classic example. It seems to generate huge cashflows but its cost structure is not always transparent enough, making it practically impossible to follow the company’s capital expenditure from the point of view of efficiency,” Balakirev explains.

In particular, the cost estimate of the South Stream project for building a gas pipeline from Russia to Europe through the Black Sea rose by 50 percent in September 2014.

Methodology behind the rating

Transparency International’s rating of transparency in corporate reporting is based on three groups of criteria. These include anti-corruption practices, disclosure of company holdings and financial operations abroad.

In the end, the rating assesses corporate reporting in three areas: transparency of organizational structure, information on anti-corruption programs and detailed reporting at country level.

“Whereas the situation with the IT giants is somewhat different: they have a less transparent structure and often fail to provide a country-by-country breakdown of costs,” he says.

As was to be expected, positions at the bottom of the list are taken by Chinese state banks Bank of China, Bank of Communications, and Agricultural Bank of China, as well as by Japan’s Honda Motor.

Overall, according to Transparency International, about three-quarters of the ranked companies do not disclose their taxes paid abroad and nearly half of them do not publish any information on revenues abroad.

In particular, none of the world’s major high-tech companies, including Amazon, Apple, Google and IBM, disclose even the full list of countries where they operate or financial figures on their operations in those jurisdictions.

For example, in September 2014, Hewlett-Packard admitted that it was guilty of bribery in Russia, Poland and Mexico and agreed to pay $108 million to the U.S. authorities to have the probe closed.