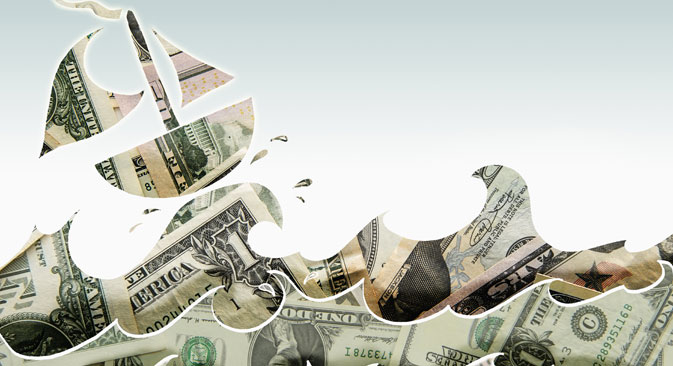 Russian President Vladimir Putin has signed a so-called 'anti-offshore' law obligating taxpayers to report their participation in foreign companies. Russian shareholders are now required to pay tax on the profits generated by foreign companies they control. However, according to analysts, complications might arise with implementing the new law in practice.

Russian President Vladimir Putin has approved a bill to 'deoffshorize' businesses. The new law, which passed its second and third readings on Nov. 18, is slated to enter into force on January 1, 2015.

According to the document, Russian shareholders will be required to pay taxes on the retained earnings of foreign companies in which they hold a controlling stake. This primarily applies to companies registered in offshore or any foreign jurisdictions.

“The purpose of the government’s actions is to shrink the shadow economy in Russia and retrieve capital that was previously taken out of the country. In light of low unemployment and the fact that production capacity is loaded at a virtual maximum, this factor is being considered as one of the key growth factors in the coming years,” says Anton Soroko, an analyst at the Finam investment holding.

According to Soroko, once it is returned to Russian jurisdiction, this capital can be invested in the real sector, serve to create jobs, and put the Russian economy on a path toward sustainable economic growth.

When preparing the bill, Russian legislators took into consideration amendments suggested by the government and coordinated with big Russian business. In its original version, the bill required owners to pay taxes on the profit generated by foreign companies in which they own a 50 percent stake. That requirement was to last for two years, after which the threshold would have been lowered to 25 percent. However, the State Duma deputies adjusted the bill for its second reading, reducing the transition period by a year.

According to Natalya Kuznetsova, a partner at PwC and director of the International Tax Structuring Group, business owners are not the only ones who will find that the new law creates problems for them.

“This law threatens to increase the costs of compliance in all corporate structures and the structures of business owners. But it could also affect the middle class, because many members of the middle class have also invested their savings abroad through offshore companies,” says Kuznetsova.

In 2014, among the leaders in foreign investment in Russia were the ‘big three’ offshore destinations: Cyprus ($2.9 billion), Luxembourg ($1.9 billion), and the British Virgin Islands ($1.05 billion).

According to Kuznetsova, some capital will return to Russian shores, and many businessmen and companies will abandon foreign structures and return home due to the growing costs of maintaining those structures. However, she does not rule out that a certain portion of businesses may simply enter the shadow market.

Investcafe analyst Timur Nigmatullin says the effect of the new law will be mixed. “On the one hand, the appeal of optimizing schemes will decline, and on the other hand the investment climate will deteriorate due to the rising risks of doing business in Russia. In any case, I expect that this law will be actively refined after its adoption,” says Nigmatullin.

The Russian Union of Industrialists and Entrepreneurs has already written a letter criticizing the bill to Valentina Matviyenko, who chairs the upper chamber of the Russian parliament, the Federation Council. According to the letter, the bill is “technically impossible to implement” in the form in which it has been adopted.

“This law is technically one of the most complicated. It requires significant investment in order to be properly administered by the government through the tax authorities. That said, the law can be interpreted as a measure aimed at returning capital – it is rather a stick than a carrot,” Natalya Kuznetsova says.

In her opinion, the government should think about more than just repressive measures if it wants to bring capital back to Russian shores. “Companies in foreign jurisdictions were used primarily for asset protection, for opportunities to appeal to foreign courts, and to use the provisions of flexible foreign law. It is precisely in that area that our government needs to work to create measures that stimulate the return of capital,” she explains.

According to Emil Martirosyan, an associate professor at the Institute of Business and Business Administration at the Russian Presidential Academy of the National Economy and Public Administration, “entrepreneurs have different reasons for avoiding taxes” in Russia.

Stock exchange chief: ‘We try to borrow the best from global best practice’

Firstly, “Russia lacks legislation that protects intellectual property, which causes entrepreneurs to place brands, technology, rights, knowhow, etc. in offshore companies,” says Martirosyan. Secondly, businesses do not have lines of communication with the government on reinvesting taxes into infrastructure.

“Businesses pay taxes but don’t have communication with the government as to how these funds are spent. For example, the United States utilizes the tax statement, but Russia does not yet have that practice,” says Martirosyan.

On the whole, according to Anton Soroko from Finam, the key consequence of the new law will be that life will become more complicated for companies that prefer to hold their assets outside Russia.

“The campaign to ‘deoffshorize’ the economy seems to be large-scale and is unlikely to end until the government sees real changes in the ownership structure,” says Soroko.