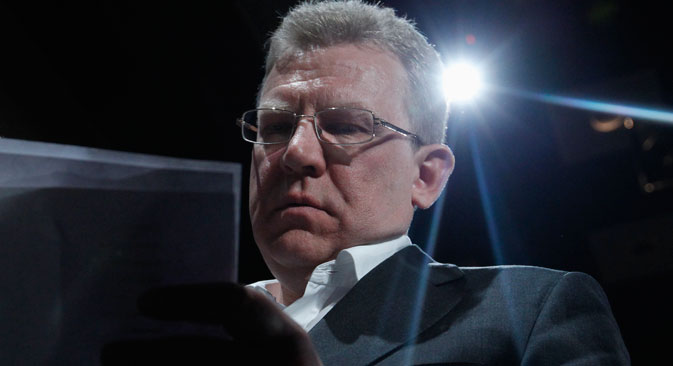 Alexei Kudrin: 'I get the feeling that at all levels of power, including at the very top, there is no objective assessment of the challenges that Russia is facing.' Source: Reuters

According to former Russian finance minister Alexei Kudrin, the fall in Russia’s GDP and the accompanying stagnation may last for years. Kudrin, who is currently head of the Civil Initiatives Committee, an NGO that promotes civil rights in Russia, discussed the country’s economic future in an interview with RBC Daily.

On the length of Russia’s economic crisis

The crisis will be rather protracted, but stagnation could be even longer, with economic growth remaining within the +/-1 percent range. This has to do with an economic structure that is not up to modern challenges; to weak growth drivers; and to a financial system that is encumbered by various liabilities and does not have a margin of safety for increasing investment.

This has been further exacerbated by sanctions. It would be strange to wait for growth drivers from outside the country. For instance, China is expected to see a certain decline in its economic growth rate over the next three to four years. Unless we reform the economy and secure a reduction in sanctions, we are in for a negative or low growth rate for the next four years at least, maybe longer.

What awaits Russia’s economy in 2015 after ruble collapse?

I get the feeling that at all levels of power, including at the very top, there is no objective assessment of the challenges that Russia is facing. They seem to be under the impression that for the next two to three years, Russia will survive with the help of the Reserve Fund and then the economy will start picking up as part of a certain cycle.

The announced cuts in public spending will not affect defense or welfare spending. As a result, the structure of state finance will deteriorate as the quality of education and workforce training, quality of medical treatment and health care. As part of measures to tackle the crisis, decisions may be made that will make stagnation last longer.

On the impact of sanctions

Sanctions will last for a long time. I have had many contacts with businesspeople: they believe that since the issue of Crimea will, for the time being, remain unresolved, the sanctions will last. If they were to be lifted, it would mean that the West has recognized Crimea’s current status. However, I believe that if there are mutual compromises. For instance, if we manage to resolve the problems in southeastern Ukraine, there will be a certain reduction in sanctions, albeit not in the main or the most painful ones.

Provided there is the right economic policy in place, unlike now, economic growth can still be achieved even under these circumstances. Although, overall, we shall not be able to become more competitive. One often hears people say that Russia will rely on its own capabilities. However, similar countries, such as China, Brazil and India, will be taking advantage of the whole range of opportunities offered by the global economy, both technological and financial, while Russia will be subjected to restrictions. It means degradation for some industries. For the next several years, we shall be able to achieve impressive results only in some local areas, primarily in the defense sector.

On the possibility of a default

A default is an extreme measure. I think it is unlikely. Should it happen, should the government allow businesses not to repay their debts, their counterparts will have no guarantees that they will be paid for goods supplied to Russia. I mean that risks even for ordinary trade will grow exponentially. Everyone will switch to deliveries only on advance payment.

That means a halt to all trade in the country, especially as we are 50 percent dependent on imports.

In 1998, when Russia officially defaulted on its debts, some companies, having clenched their teeth, continued to may their payments in order to preserve their reputation.

When we say “import substitution,” it is supposed to make us feel good, since it implies that we will be producing the same things and of the same quality as we import from abroad: medical equipment like that manufactured by Siemens, medicines like those produced by Novartis, cheeses like those made in Switzerland.

However, one has to realize what import substitutions at the expense of devaluation means. At first, there is a rise in prices for Western equivalents on the domestic market. Russian companies can take advantage of that in order to hike prices for their not-yet-competitive goods, mobilize additional revenues, invest in new production and in five or 10 years’ time start producing types of products that are close to those made in the West. The majority of these, however, will never be better than their imported equivalents.

That is to say, everyone should realize that it is I, each citizen of Russia, who will be paying for import substitution through high prices and a drop in living standards.

If we channel our resources to the production of analogues, tomorrow we shall be consuming the same amount of products but at higher costs. Now countries are seeking not to create the whole spectrum of technological goods but to become the first in something and thus join in the global division of labor.

This interview has been abridged from the original, which can be read in Russian.