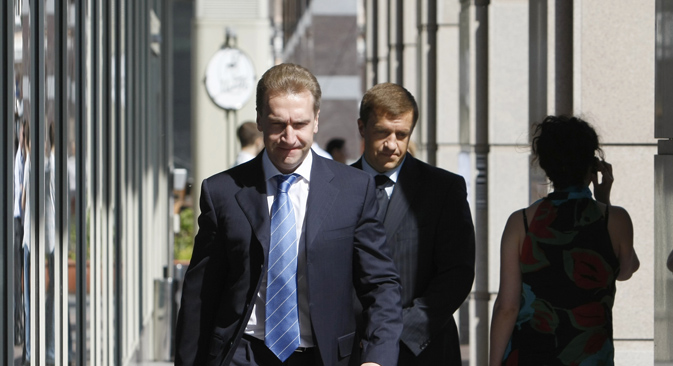 The Russian authorities are to spend some $21 billion to rescue the country’s economy. The money will be used mainly to capitalize major banks, support the agricultural sector and fund construction, and will be allocated from the federal budget and the National Wealth Fund, the repository of Russia’s oil and gas revenues.

The Kremlin has unveiled a multi-billion dollar plan to revive the country’s flagging economy, reports the RBK news agency.

According to Shuvalov, 300 billion rubles ($4.55 billion) will be spent on restructuring problem enterprises that are the main employer in mono-industry locations (so-called “mono-towns”) and 250 billion rubles ($3.8 billion) on additional capitalization of banks.

A further 188 billion rubles ($2.9 billion) will go on pensions and 157.5 billion rubles ($2.4 billion) on loans for the construction sector. To raise the money, the budget deficit will have to be increased, with part of the anti-crisis burden to be shouldered by the regions, Shuvalov added.

Reaction to the plan

Alexander Deryugin, head of the Center for Studying Regional Reforms at the Russian Presidential Academy of National Economy and Public Administration, says the plan is somewhat overdue.

“To the very last moment, we keep saying that Russia is an island of stability or that the sanctions can do us no harm and wait for the moment when the objective parameters of the economy start to clearly indicate that there is a crisis,” says Deryugin.

According to Deryugin, the main problem is that those in charge are reluctant to or are afraid to admit that there are problems in the economy, and are afraid of being thought of as panic-mongers. “The delay with the anti-crisis plan will result in the crisis being deeper and longer, and the anti-crisis measures will cost us more,” he adds.

Deryugin goes on to say that the anti-crisis plan is following the same concept and logic that was used in 2009: rescuing those who are drowning by throwing money at them.

“It is a tested method but it does not provide an answer to the main question of what needs to be done to prevent the economy from collapsing every time the oil price goes down,” Deryugin argues.

Developed countries, he continues, found an answer to that question a long time ago: It is essential to support new and more efficient businesses. To that end, it is necessary to invest in the development of human capital, primarily through education and health care, Deryugin adds.

Russian experts agree that in order to save the country’s economy it is necessary to reduce its dependence on the production of raw materials.

“The salvation of the Russian economy means first and foremost the reduction of its dependence on the production of raw materials and its self-sufficiency, which is particularly topical in the current crisis,” says Alexei Kozlov, chief analyst with UFS IC.

However, reduced dependence on commodity prices, he adds, requires additional investment. “There has recently been a capital flight, with investors taking money out of Russia, which means that the state should now assume the role of an investor. Hence the rise in budget expenditure at a time when there are certain problems with meeting the budget,” Kozlov explains.

In addition, he continues, investment in the Russian economy means new jobs, the promotion of business and making Russia a more attractive country.

Nonetheless, as Alexander Deryugin points out, a relevant and comprehensive anti-crisis plan is vital. However, the principal difficulty is that the cost of implementing such a plan to the budget is not obvious.

“The problem is that the budget is no longer the sole source of the creation and allocation of funds that are intended to financially secure the tasks and functions of the state,” Deryugin explains.

There are also the Reserve Fund and the National Wealth Fund, he adds. “The federal budget deficit will be relatively small and beyond this we will not see how the money accumulated in those funds will evaporate,” Deryugin warns.