Hostel owners hope to benefit from increase in domestic tourism 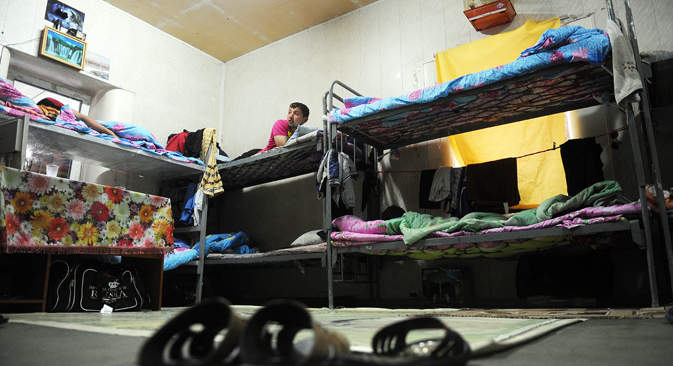 More Russians are looking for budget travel options at home, which could be a boon to the burgeoning hostel industry.

The downturn in the Russian economy has benefited domestic tourism as Russians who in recent years would have traveled to Europe or southeast Asia are finding they can get more for their rubles at home. Hostels, offering nightly rates 300 to 800 rubles ($5-13), are particularly well situation to take advantage of the boom.

The first hostel appeared in Russia only in 1992, in St. Petersburg, which in the subsequent years continued to trump Moscow in the development of mini and micro-hotels. The capital is catching up, however.

"In the course of the last three years the number of hostels in Moscow has increased year on year," said Arik Pogosyan, the managing member of the Hostel League and owner of the Open Hostels network. According to Booking.com, in September 2014 there were 269 hostels in Moscow and 288 in St. Petersburg. By March 2015, the numbers had increased to 323 and 294, respectively.

Pogosyan thinks that such rapid growth has led to the oversaturation of the market. "Many [hostel owners] were deceived by the little investment required, not having any experience or qualification. There is a lot of competition. The most important thing is professionalism and the level of service."

According to Pogosyan, it’s possible to open a small hostel with an investment of only 1.5 million rubles (about $25,000). "Before it was possible to make the money back in half a year. Now you can be happy if the money is returned in two years, although three is more realistic."

According to the Interregional Association of the Hostel Industry Development, currently there are about 5,000 active hostels in Russia.

"Hostels are an urban phenomenon dedicated to a certain category of unassuming travelers  - students, young families, groups of friends who don't have much money,” said Director of the Association of Russian Tour Operators Maya Lomidze. "In order for the hostel to return the investment, cities must be visited by this type of tourists. But only a few [Russian] cities fall into the category of visited sites: Moscow, St. Petersburg, the Golden Ring, the Moscow suburbs and some other excursion sites."

Lomidze says it’s too early to say if the hostel industry in Russia is benefiting from the economic crisis. "We can only predict that hostels, being the most economical form of hospitality, will benefit from the situation. We will receive confirmation no sooner than October, when the season of the most active travel will come to an end,” she said.

Hostels are not immune from the downturn in foreign travel to Russian, however. "If two or three years ago about half of the guests were foreigners, today they make up no more than 10 percent,” said Andrei, the manager of the Columb Hostel in Moscow, who added that the Columb has had fewer guests recently.

Hostel owners will also face additional expenses this year since as of Jan. 1, they are subject to regulation. Now there are minimum standards for buildings, rooms and equipment determined at the federal level. Already since the regulations came into effect, nine Moscow hostels have been closed.

Due to the rapid increase in the number of hostels, on January 1, 2015 their activity in Russia was standardized. For the first time the minimal standards of the buildings, equipment and hostel rooms were determined on a federal level. According to Pogosyan, stricter standards will come into effect in 2016, after which only professional innkeepers will remain in the industry.