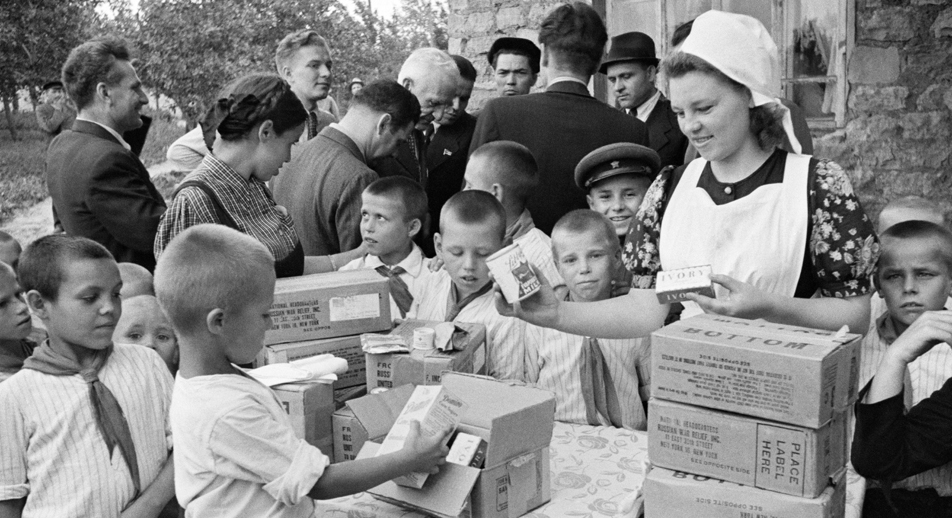 The U.S., UK and Canada supplied the USSR with some $130 billion worth of supplies during WWII. Source: Anatoly Garanin / RIA Novosti

History professor Oleg Budnitsky speaks with RBTH about the economic assistance the U.S. gave the USSR in WWII.

RBTH: How great was the economic importance of military cooperation between the USSR and the U.S.? What is the importance of Lend-Lease for the formation of economic relations between our countries?

Oleg Budnitsky: It was large-scale military technical assistance from the Allies, especially the U.S., but also the UK and Canada. Volumes of this support are assessed differently. In the Soviet tradition, it was assumed that it was 4 percent of the total production capacity of the USSR, but the latest research shows that in reality the level was as high as 7 percent. The importance of economic cooperation with the U.S., UK and Canada cannot be overestimated. According to the dollar rate of 2003, the inflation-adjusted value of these supplies amounted to $130 billion. These supplies were critical in some key areas. For example, in the beginning of 1942, Western tanks fully replenished Soviet losses, and exceeded them by three times. About 15 percent of the aircraft used by Soviet air forces were supplied by Allies, including the Airacobra fighter and Boston bomber. The Allies supplied 15,000 state-of-the-art machines at that time; for example, famous Soviet ace Alexander Pokryshkin flew Airacobra, as did the rest of his squadron. He shot down 59 enemy aircraft, and 48 of them were thanks to American military equipment.

RBTH: If we speak not only about the supply of military equipment, but also industrial appliances and accessories, what was the volume of cooperation here?

O.B.: One of the main areas of cooperation was aviation fuel. The USSR could not produce gasoline with high octane. However, it was this fuel that was used by the equipment supplied by the Allies. In addition, the Achilles heel of the Soviet Army was communication and transport. The Soviet industry simply could not meet the demand either in number or in quality.

For example, the army lost 58 percent of its vehicles in 1941 alone. To recover these losses, the Allies supplied more than 400,000 vehicles, mainly trucks, to the USSR. During the occupation, the German concern Daimler Benz set up a vehicle assembly line at a factory in Minsk (now the capital of Belarus). After the liberation of the city, the assembly of American vehicles under Lend-Lease was organized there.

It was not only supplies of finished products, but also raw materials that were extremely important – metals, chemicals and products, which were either not produced in the USSR or lost to the enemy. For example, more than half of Soviet aircraft were produced using aluminum supplied by the Allies.

RBTH: What portion of these supplies served military needs directly, and can we talk about a fully-fledged civil partnership?

O.B.: In the first protocol of Lend-Lease (there were four of them), only 20 percent of deliveries were in military equipment, while 80 percent were related to industrial and food production. The Allies supplied 1900 locomotives to the USSR, while only 446 locomotives were produced in the country itself during the same period, as well as 11,000 carriages, while only a few more than 1,000 were made in the USSR. It is impossible to imagine how the Soviet economy would have functioned without these supplies. For example, the telephone cable provided by the Allies could wrap the Earth at the equator. The Allies’ aid was also critical in the reconstruction of production in the liberated regions of the country, including the role of seeds for the resumption of agriculture. Specific products were also supplied; the Allies delivered 610,000 tons of sugar to the USSR, whereas the USSR itself produced little more than 1.46 million tons.

RBTH: How serious was the decline in cooperation after the war?

O.B.: The fall was quite sharp, in the first place because Lend-Lease had ended. The equipment destroyed during the fighting was written off, but what was left was to be returned. Before ending the war, the USSR and the U.S. were negotiating loans for the restoration of the national economy. In particular, the U.S. offered to the Soviet leadership a large-scale loan for 35 years at 2 percent per annum. There were counter-pleas from the Soviet government, specifically Foreign Minister Vyacheslav Molotov tried to negotiate a loan for $6 billion for 30 years, but economic ties failed to develop. The USSR was afraid to get into economic dependence on the West, since the Soviet leadership did not believe in the sincerity of help from the Allies.

Oleg Budnitsky is Director of the International Center for the History and Sociology of World War II and Its Consequences at the Higher School of Economics. 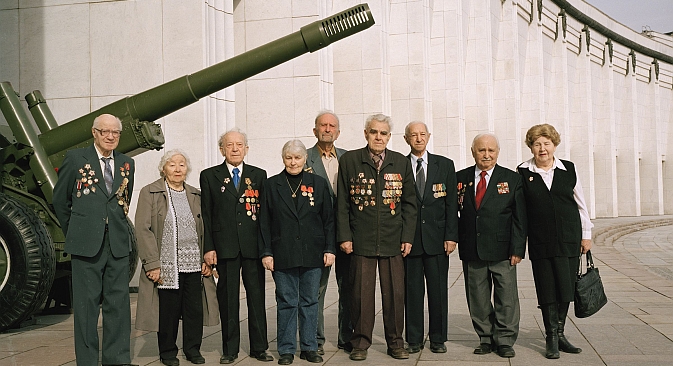