Russian tourist industry rises to 45th in world for competitiveness 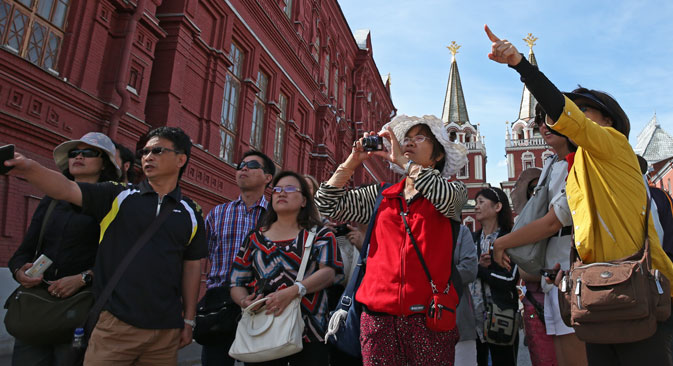 Tourists near the State Historical Museum of Russia in front of the Resurrection Gate, Moscow. Source: ITAR-TASS/ Artyom Geodakyan

The newly-published 2015 Travel & Tourism Competitiveness Index has placed Russia 45th out of the 141 countries surveyed, an improvement of 18 points as compared to 2013. The report, which measures the competitiveness of a country’s tourism sector using a range of criteria, praised Russia for its air links and the availability of cultural heritage sites, but gave it poor marks for its stringent visa requirements and low safety and security.

Russia has been ranked 45th in the latest edition of the biennial Travel & Tourism Competitiveness Report, improving its performance by 18 points from its 2013 ranking of 63rd.

The ranking, which includes 141 countries, is compiled by the World Economic Forum and Strategy Partners Group every two years, and assesses “the set of factors and policies that enable the sustainable development of the Travel & Tourism (T&T) sector, which in turn, contributes to the development and competitiveness of a country.”

Tours to Russia have become more affordable following the recent devaluation of the ruble – the value of the national currency against the U.S. dollar has fallen by 44 percent since May 2014. As a result, accommodation in hotels has become markedly cheaper. In 2013, the WEF cited hefty prices as one of the main disadvantages of the Russian tourist market.

The availability of natural and cultural heritage sites has ensured additional points for Russia in the overall ranking; in these areas the country ranked 34th and 21st, respectively. In addition, the consultants noted an improvement in air links (22nd).

One of the major drawbacks for the country is the strict visa requirements for foreigners (120th); in this area, the country trails behind the likes of Vietnam (115th) and Suriname (119th). In addition, Russia has a low level of international openness (99th), lagging behind countries such as Paraguay, Lebanon and China.

The ranking's compilers were also disturbed by Russia's poor business climate; in this area, the country ranked 109th.

For comparison, Colombia ranked 108th, while India ranked 107th. In terms of safety and security, Russia ranked 126th in the overall ranking and is adjacent to Myanmar and Jamaica.

The report points out that much of the data was collected before the events of 2014 in Crimea and eastern Ukraine, meaning that the ranking should be taken with a pinch of salt.

"The potential impact of current macro-economic and geopolitical factors can be assessed only on the results of the next ranking and the position of Russia," Strategy Partners Group partner Alexei Prazdnichnykh said.

Tour operators have described the strict visa requirements as one of the factors limiting the growth of tourist traffic to Russia for some time now.

"The abolishment of visas for Europeans would increase the influx of tourists twice over, but now it is impossible," said Vladimir Kantorovich, first vice-president of the Association of Tour Operators of Russia.

Inbound trips to Russia up; tourist numbers down

According to WEF estimates, 28.4 million international arrivals were registered in Russia in 2013. Each visitor spent an average of $423 in Russia. Therefore, the total number of receipts from foreign visitors amounted to $11.98 billion. For comparison, in Spain (leader of the ranking), the number of foreign arrivals was 60.7 million, and the total amount of receipts is estimated at $62.7 billion.

According to the Federal Agency for Tourism, in 2014, the number of inbound trips to Russia amounted to 25.4 million (10 percent less than in 2013). However, the total number of foreign tourists arriving in Russia amounted to just 2.6 million (calculations are based on the number of tourist visas issued), which is three percent less than in 2013. The discrepancy is explained by the fact that the majority of visitors to Russia are from former Soviet republics who do not require a visa to enter the country.

Tour operators began to register a sharp drop in interest in traveling to Russia among foreigners at the end of 2014; against the background of the conflict in Ukraine, the number of bookings for trips to the country fell to almost zero. But market participants are now giving more optimistic forecasts.

In this light, Kantorovich is confident that even if the ruble does not strengthen, this year’s results give grounds to believe that Russia can maintain its 2014 position in the next ranking.

Originally published in Russian in Kommerssant. 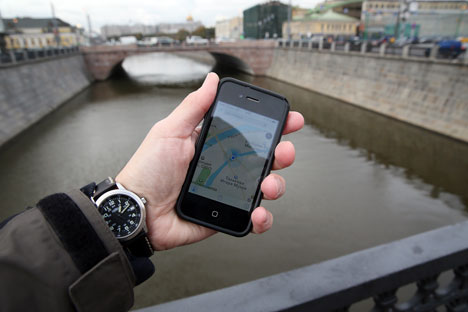