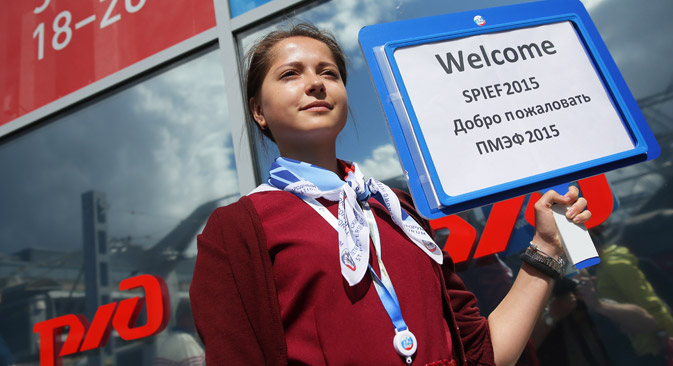 On June 18-20 St. Petersburg hosts its annual meeting for leading business figures from around the world, the St. Petersburg International Economic Forum. Against the background of aggravated relations between Russia and the West the forum's participants are faced with the challenge of maintaining the usual level of discussion and global expertise at the event.

Amid the war of sanctions between Russia and the West and an ongoing slump in the Russian economy, the three-day St. Petersburg International Economic Forum kicks off on June 18, with participant numbers significantly higher than 2014 at the city’s annual gathering for the leaders of global industry.

As of June 8 about 1,000 companies had confirmed their presence at the forum, 440 of which are foreign. This is more than at the previous edition, which was marked by a large-scale Western boycott over Russia’s seizure of Crimea in March 2014.

This year, 180 foreign company presidents and CEOs have registered, while last year there were 150. Members of the Forbes and Fortune lists constitute a separate category – their number remains essentially unchanged.

The forum’s participants are representatives of European and American business, but also hail from the Pacific Rim region and Arab companies. In particular, countries such as China, Indonesia, Malaysia, Japan and other Asian-Pacific region nations are showing more and more interest in the forum, with the number of Asian participants in the event increasing two times over in 2014 – a trend that is set to continue this year.

In 2014 the heads of the largest American and European countries refused to come to the forum in protest over Russia’s takeover of Crimea. This group included figures from Boeing, Goldman Sachs, Siemens, ConocoPhillips and others – a total of 16 people representing the elite of international business. However, despite this high-level boycott, 7,500 participants came to the forum and 175 agreements were signed with a total value of $7.5 billion.

The St. Petersburg Economic Forum's program changes every year and its structure is usually defined by the end of November, with the final details elaborated afterwards. The main areas of focus, however, which constitute the program's concept, are practically unchanged every year.

First of all, they deal with the global economy and the challenges that it is currently facing and will face in the future. Secondly, they regard topical aspects of the Russian economy, but not in the way they are viewed at other platforms such as the Krasnoyarsk and Sochi forums, which mainly analyze the Russian economy from the outside. Another traditional focus is on the new technologies that are capable of changing the world.

When choosing this direction the organizers were orienting towards the leaders in the field: IBM, Microsoft, Cisco, Google, Russian companies such as IBS, 1C and others, as well as the largest car companies, industrial giants and leaders in the field of internet commerce. In 2015 a fourth key area has been added to the forum – the use of human capital.

The organizers explain that the key performance indicator of such forums can only the interest of the participants, since the forum is an event that is always built around them. It is important how the experts evaluate the discussion on all levels, if they are able to express their point of view and understand each other.

The forum was first organized in St. Petersburg in 1997, but back then it still had a local character, even though the maiden event was visited by 1,500 foreigners from 50 countries. A year later an international foundation was created for the forum, the St. Petersburg Economic Forum, whose head was German Gref, the future minister of economic development and the current president of Russia's largest bank, Sberbank. In 2005 the forum was visited by Russian President Vladimir Putin and thereby acquired presidential status, which continued during the presidential tenure of Dmitry Medvedev, who spoke at the forum between 2008 and 2012.

Many unusual announcements have been made at the forum over the years. For example, in June 2008 Russian First Deputy Prime Minister Igor Shuvalov said that Russians suffer mainly from an unhealthy lifestyle. According to Shuvalov, in the last 300 years the desire to catch up and surpass the West has been an idea imposed by the Russian political and intellectual elite. As a result, "Russia has wound up unsuccessfully copying forms of national economy and foreign lifestyles, which has destined the country to backwardness." After this speech Shuvalov was reprimanded by Vladimir Putin during a government meeting. 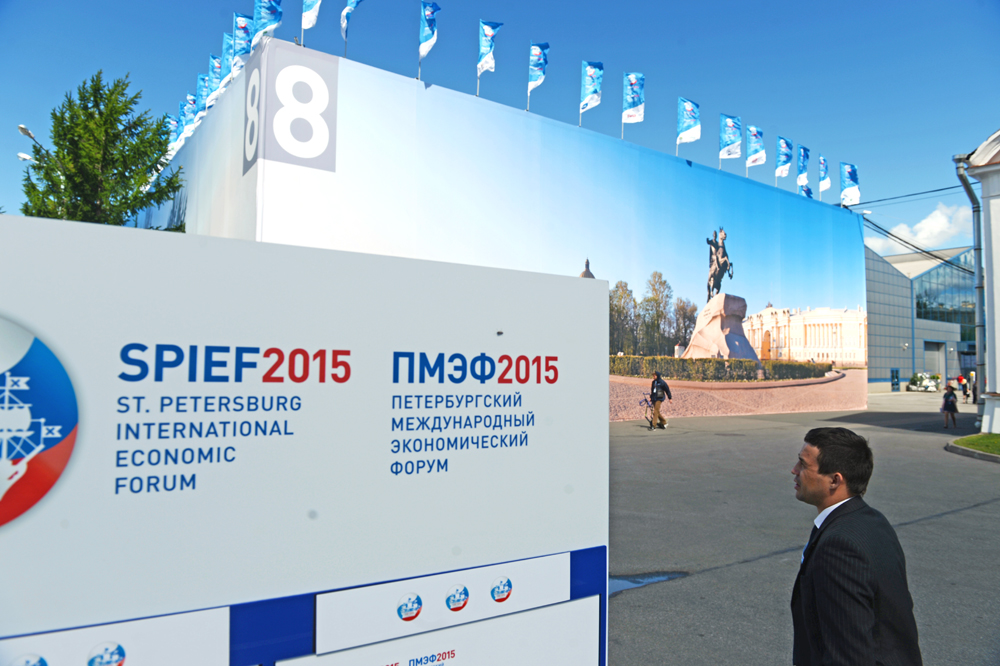