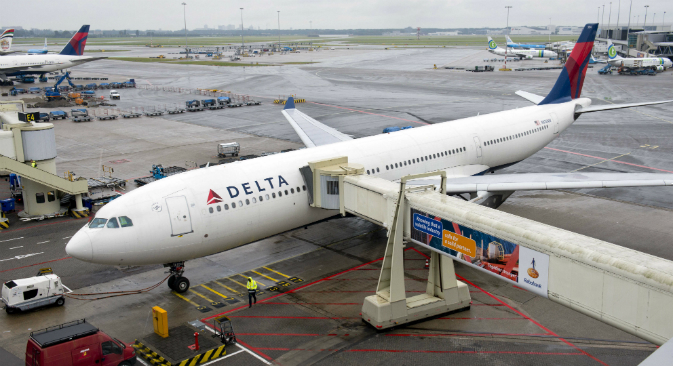 International air companies are scaling back flights to Russia as demand falls across the board, with the economic crisis forcing Russians to take fewer holidays abroad and U.S. and European tourist numbers down. Both major carriers and budget airlines are making cuts, with some pulling out of the Russian market altogether. However, some airlines are taking an interest in the regional market.

The Russians aren’t coming after all. Or at least, they’re not coming to Europe or the United States for their vacations. International airlines are canceling or downsizing service to and from Moscow as the country’s slowing economy causes millions of Russians to rethink travel plans, and fewer foreign tourists and business travelers to visit the country.

Overall demand for flights to and from Russia fell as much as 40 percent in late 2014 and early 2015, compared with a year earlier, according to Martin Riecken, Lufthansa’s director of corporate communications for Europe. Routes to Western Europe and across the Atlantic were hit especially hard, he said.

Russian tourism to Europe fell by 30 percent in the first quarter of 2015, according to a report by the European Travel Commission.

Airlines move toward the exit

Delta Air Lines, the only U.S. carrier currently offering flights directly to Russia, plans to halt its New York–Moscow service in December, the company said. Meanwhile, EasyJet, the first major budget airline to launch service between Moscow and Western Europe in 2012, said this spring it will drop service between Manchester and Moscow in October.

Russians are spending only 10 percent on flights abroad than a year ago, according to the online travel agency Tripsta.

During the first quarter of 2015, the Russian market for international passengers decreased by 20 percent, compared to the same period of 2014, according to ATOR Analytical Service.

Niki, the Air Berlin subsidiary that operated flights from Moscow to Vienna, has also announced its exit from the Russian market, along with France’s Aigle Azur, which offered flights from Paris.

Many observers have blamed the ruble for falling demand among Russians. The Russian currency went into a meltdown in late 2014, losing about half its value in a matter of months and making foreign trips much pricier for Russians.

Although the ruble has recovered some lost territory in 2015, it is still down by about a third against the dollar and the euro compared with a year ago.

According to the company, Delta’s exit has more to do with a stronger dollar than a cheaper ruble. In an April 15 press release, the company cited increased costs as part of its decision to reduce flights to Japan, India, Brazil, Africa and the Middle East.

Oleg Panteleyev, an analyst with the industry publication AviaPort, said that given the sharp drop in Russian demand for North American destinations, Delta couldn’t compete with European airlines that can provide an easy connection from the U.S. to Russia via their hubs. “It is quite difficult for Delta to compete with Russian and European companies, which offer transfers in Paris and Amsterdam,” he added.

Interest is indeed beginning to revive among Russians for some European destinations, said Alexander Burtin, commercial director of the tour operator Tez Tour.

“Tourists are beginning to look toward Europe, especially Greece, Cyprus and Italy,“ said Burtin. “Spain is so far a bit weaker.”

Lufthansa’s Riecken agreed that interest has recently been picking up.

“We have noted an increase in demand for popular dates, such as the May holidays,” he said. “But the volume of purchased tickets did not reach last year’s level.”

A stronger currency should eventually help coax some airlines back into Moscow by translating into reduced ticket prices for Russians, said Panteleyev.

Indeed, by late April this year, ticket prices for flights to Europe and Asia were already back to about the same level as in September 2014, said Janis Dzenis, the public relations director of JetRadar travel search service. Routes to the U.S. and London remain about 10 percent higher than before in ruble terms, he added.

"Perhaps this is due to the reduction in the number of EasyJet flights and news about Delta's withdrawal from the market," said Dzenis.

The cheap ruble adds some intrigue, too. As domestic demand has fallen, Russian carriers have tried to cash in on transit passengers. "By lowering prices, Aeroflot and Transaero have offered Americans traveling to Europe and Asia rates of 150-200 dollars cheaper than all the other carriers," said Dzenis.

Meanwhile, FinnAir and FlyDubai, as well as a number of Chinese airlines, continued to open new flights in Russia in 2014 and 2015 — mostly to destinations outside of Moscow and St. Petersburg.

"The regions benefit from the fact that the Moscow market has become highly competitive and its profitability has declined. Regional airports are ready to offer a good discount to companies," Panteleyev says.

As real incomes in the regions grow, independent passengers are appearing who are interested in direct flights without a transfer in Moscow. "So the potential is there," said Panteleyev.

"In the upcoming season, the Spanish low-cost airline Vueling, in cooperation with Tez Tour, will start direct flights from Barcelona to three important regional markets, Krasnodar, Samara and Kazan.”