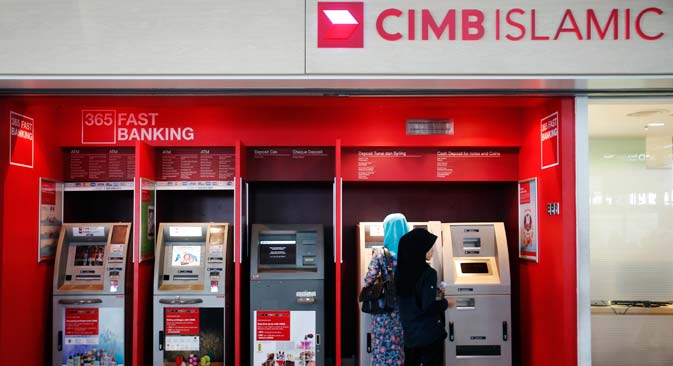 Islamic finance will help Russian companies make up for their credit shortage, which was in large part caused by the cooling of relations between Russia and the West. Russian banks are already showing interest in this alternative form of credit.

“Muslim countries did not join attempts to isolate our country on the international arena, and the latest events in the world economy have shown that Islamic banks help counter world crises and supplement the world financial system,” Minnikhanov said. He added that this Islamic finance could not completely substitute Western credit, but instead could provide Russian companies with an important financial instrument. According to IMF's latest calculations, by the end of 2015 the volume of Islamic finance around the world will amount to $3.4 trillion.

“Against the backdrop of world crises, the importance of Islamic finance only increases, because all the operations in this scheme are backed up by real money, while investments become secure and do not carry any risks,” said Qatar’s Undersecretary of Economy and Commerce Sultan Al-Khater.  According to the requirements of Islamic banking, it is prohibited to charge interest while lending, while receiving credit essentially implies exchanging one commodity for another.

Ahmad Mohamed Ali Al-Madani, President of the Islamic Development Bank, said, “Islamic finance is by nature tied to real economic activity, which is why such a scheme allows the optimization of the internal resources.” He added, “The concept of dividing risk in Islamic banking stimulates healthy financial practices. In Islamic finance, the transactions are tied to real investments, which helps avoid speculation and the instability related to it.”

Al-Madani suggested that Tatarstan could be promoted as “an Islamic finance hub in Russia.”

According to Rustam Minnikhanov, Russian banks, including the country’s largest bank Sberbank, are currently showing an interest in Islamic finance.  One of the advocates of the development of Islamic banking in Russia is the head of Sberbank, former Russian Minister of Economic Development, German Gref.

“There are still problems with taxation and the lack of qualified personnel, but with the help of our colleagues in the Russian government, we will be able to make this process more dynamic,” Minnikhanov said. One example is Tatarstan's largest bank, AK Bark, which has already attracted financing in accordance with Sharia regulations.

Minnikhanov also told RBTH that the development of Islamic banking in Russia should be done on a federal level and that there is no talk of creating a unique financial zone in Tatarstan. “Today the KazanSummit is a platform that must change the attitude that Russians and Russian regions have towards Islamic finance, and this is our mission,” he said.

Russia in the context of Islam Finance issues in Russia banks