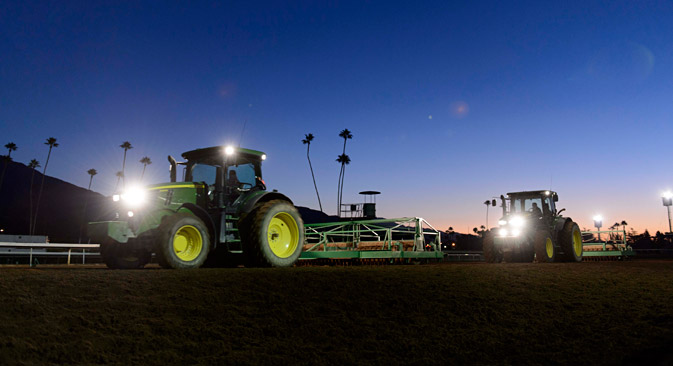 In the first five months of 2015, trade between Russia and the United States has plunged 34 percent. Earlier, despite sanctions and the Ukrainian crisis, the United States was one of the few countries with which Russia increased the volume of trade at year-end 2014, but now the Russian authorities are trying to replace U.S. products with goods from the BRICS countries.

In the first five months of 2015, trade turnover between Russia and the United States declined by 34 percent, the Russian daily Izvestiya reports, citing data from the U.S. Commerce Department. Imports from the U.S. dropped by $1.8 billion, while exports to the U.S. from Russia decreased by $3.5 billion compared to the same period last year.

In particular, Russian companies have started to buy less transportation equipment, including aircraft, cars and tractors. In addition, the supply of books and fertilizers has dropped.

According to Alexander Knobel, the director of the Center for Research on International Trade at the Russian Presidential Academy of National Economy and Public Administration (RANEPA), the current reduction in trade with the United States is a temporary phenomenon related to the crisis. In particular, he said, the demand for U.S. equipment, including tractors and harvesters, will remain at the same level, since there are no equivalent products with which to replace them.

However, the export of Russian goods to the United States has declined in the same way as imports: In the first five months of 2015 it decreased by almost 33 percent to $7.2 billion. Oil, petroleum products and metals account for about 70 percent of Russian supplies.

Compared with the same period last year, the cost of oil and petroleum products has decreased by 11 percent to $2.3 billion, while the cost of metal has dropped by 2 percent to $1 billion. According to the U.S. Department of Energy, the peak of Russia's oil imports was achieved in 2011, when shipments amounted to 227.8 million barrels, and was followed by a gradual decline; in 2012, 2013 and 2014, the figure was 174.6 million, 168 million and 119 million barrels, respectively.

It is noteworthy that, despite sanctions and the Ukraine crisis, the United States was one of the few countries with which Russia increased trade volumes at the end of 2014; according to the Federal Customs Service, trade turnover between the two countries increased by 5.6 percent and amounted to about $29.2 billion. As a result, the U.S. share of Russia's foreign trade increased in 2014 from 3.3 to 3.7 percent.

“The indicators of trade between Russia and the United States have indeed significantly decreased,” the World Trade Center Moscow's CEO Vladimir Salamatov said.

“But if individual industries and product groups have strongly sunk – in particular, products of the metallurgical industry – the others, on the contrary, have made a sharp jump.”

For instance, in comparison with 2013, the imports of nickel and nickel products from Russia to the United States have risen by 40 percent to $224 million.

According to RANEPA’s vice-rector Andrei Margolin, the reduction of trade turnover between Russia and the United States is directly related to the political situation in the world. “The States will continue to seek to replace Russian supplies; at the same time, Russia will seek to build partnerships in the East,” he says. In particular, he said, the other countries in the BRICS grouping (Brazil, Russia, India, China, South Africa) want to increase deliveries of agricultural products to Russia; currently, the countries' supervisory authorities are negotiating about a possible increase in trade. 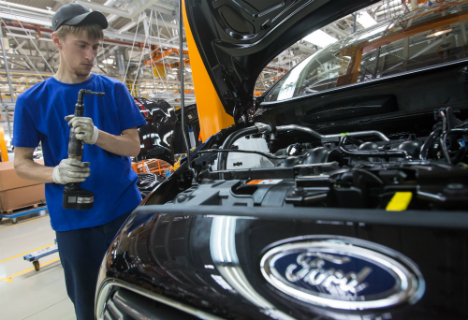