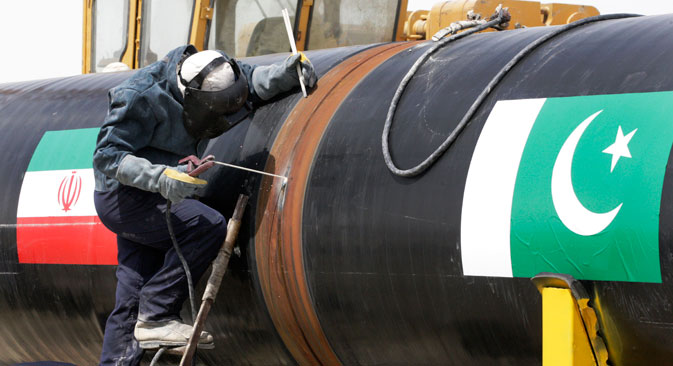 An Iranian worker welds two gas pipes at the beginning of construction of a pipeline to transfer natural gas from Iran to Pakistan, 2013. Source: AP

Russian state-owned construction company Rostekh Corporation is planning to build a 680-mile gas pipeline in Pakistan in 2017 at an estimated cost of $2.5 billion. It will be Russia's first large-scale project in Pakistan since the 1970s.

Rostekh Corporation will construct the pipeline, attracting both Russian and foreign financing, although attracting credit from western banks will be all but impossible for the company, which is on the sanctions lists.

In April this year China and Pakistan struck a preliminary agreement to construct the so-called Peace Pipeline from Iran to Pakistan. Teheran says that the Iranian section, which is about 560 miles long, is already finished. For many months Islamabad had held behind the scenes talks with China on the construction of the Pakistani section of the pipeline, which is estimated at $2 billion.

"Moscow needs to hurry in order not to give the Pakistani market to China," says chief scientific collaborator at the RAS Institute of Middle East Studies, Vladimir Moskalenko.

An unnamed government official told business daily Kommersant that it is geopolitically important for Russia to strengthen its position in Pakistan, including in the gas transportation sector, since in the future the country may become a fundamental route for transit gas to India.

However, the construction of the pipeline in Pakistan may have a negative effect on Russia, writes Gazeta.ru. The online newspaper cites partner at Rusenergy Mikhail Krutikhin as saying that, "in essence, the gas pipeline that Russia will build will become a part of the future gas route from Iran to China."

"Participating in the Pakistani project is not to Russia's advantage," Krutikhin warns. "Supplies from Iran will reduce China's dependence on gas, including gas from Russia."

Based on material from Kommersant and Gazeta.ru. 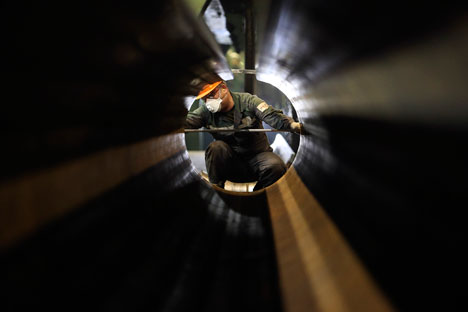