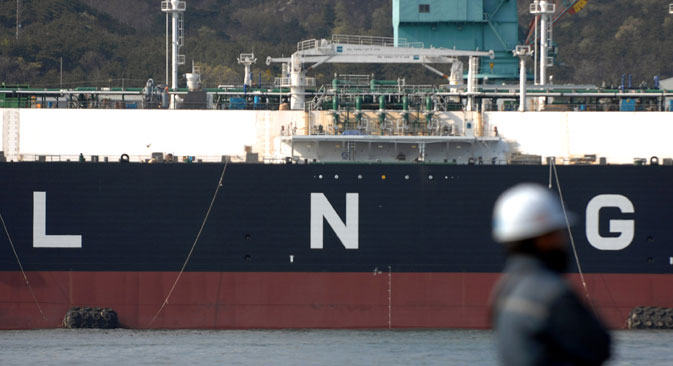 Experts say, the development of LNG in Russia will continue. Source: Getty Images

Russia’s gas producer Novatek has decided to sell 9.9 percent of its Yamal LNG project to a Chinese investment fund, helping the sanctions-hit company to replace western financing. However, experts believe that the U.S. sanctions may still impede the realization of LNG projects in Russia.

Novatek, Russia's largest independent gas producer, has decided to sell a 9.9-percent share in the Yamal LNG project to a Chinese investment fund.

According to the Kommersant business daily, the deal involves the Silk Road Fund, whose creation was mentioned in November 2014 by Chinese President Xi Jinping.

"Being one of the largest importers of oil and gas, China is interested in participating in the production of these resources and investing in this sector," said Alexander Krasnov, analyst at Verum Optium.

Krasnov said that Chinese financing will replace western credit, since Novatek, the owner of the project, is currently faced with sanctions and cannot receive credit from EU and U.S. institutions. According to Merrill Lynch, the cost of the package ranges from $1.5 to $2 billion.

Conditions of the deal

The Yamal LNG project requires the construction of an LNG plant in the Yuzhno-Tambeiskoye deposit in the north of Russia and also includes the launch, in 2017, of three LNG lines with a power capacity of 5.5 annual tons.

All the gas is now secured, since Novatek has already agreed to sell the LNG to the two co-owners of the project and to Spanish company Gas Natural.

Since it was necessary for Novatek to possess the controlling package of the shares, it could not offer its new partner more than 9.9 percent.

According to Ilya Balakirev, chief analyst at the investment company UFS, this is a good deal for Yamal LNG and Novatek. Firstly, the company can finally "find a niche" for the remaining package, which results in compensation for expenses and a guarantee of further participation. Secondly, the deal is most likely related to the provision of project financing, which is indispensible for the project's subsequent phase.

Balakirev believes that the current situation in Europe's gas market shows that for Russian gas giant Gazprom, betting on pipe gas was not the wisest decision.

According to Alexander Krasnov, this means that the development of LNG in Russia will continue. However, currently there is only one functioning LNG plant in Russia: LNG Vladivostok, which belongs to Gazprom.

The threat of sanctions

In August 2015 the U.S. added Gazprom's Yuzhno-Kirinskoye condensate deposit on the Sakhalin shelf to its blacklist. American companies are now forbidden from supplying equipment for this project, even though this deposit was planned to be used for the production of LNG.

Experts believe that this decision casts doubt on LNG export projects, including Sakhalin-2 and work with Shell.

"This could definitely damage the future development of LNG projects, since the Yuzhno-Kirinskoye deposit was supposed to be used as a resource base for the plant," said Ilya Balakirev.

Without import technologies, said Balakirev, Gazprom may face difficulties in developing the deposit, especially if additional exploration confirms the presence of oil.

"It appears that the U.S. was aiming at Gazprom's LNG project from the very beginning, since it is precisely this sector that creates unwanted competition for American export projects. The current projects will most likely not suffer, but their future development now appears in question," said Balakirev. 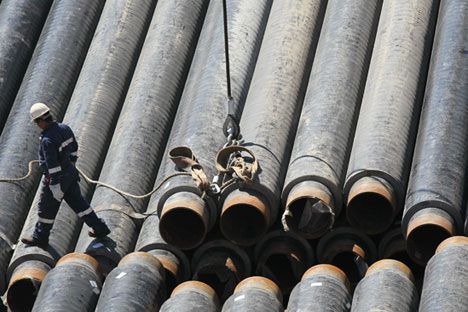