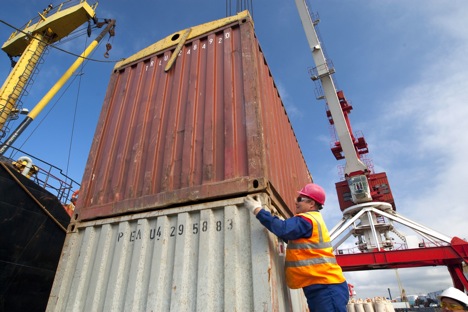 Sombat Thiratrakoolchai, President of the Thai-Russian Chamber of Commerce (TRCC) talks to RBTH about the potential for bilateral trade and two-way investment between Russia and Thailand.

RBTH: When it comes to Russia-Thailand cooperation, what are the main challenges?

The challenges at this point are the sluggish world economic outlook and the devaluation of the ruble due to low oil and gas prices. Tourist numbers from Russia to Thailand have fallen by half.  I personally believe it will take few years to come back to a situation where oil and gas prices will be higher and the ruble will be stronger.

RBTH: How is the TRCC looking to boost bilateral trade?

We are planning to take a group of Thai and Russian business people to the Russian Far East, to Khabarovsk and Vladivostok, in the middle of 2016. There is great potential there, since the cost of initiating and running new businesses is lower than Moscow and St. Petersburg.

The authorities in the two cities are fully supporting all foreign trade and investments.  Furthermore, there are export markets nearby like Japan, Korea, China, and Mongolia.  Importantly, the sea ports of the region, along the Sea of Okhotsk can directly be connected to Thailand’s Lam-Chabang Eastern Seaboard. There is a bright future for investment in the Russian Far East. As a matter of fact, a Thai company, Sutech Engineering Co. Ltd., is in the process of building a Sugar Refinery Plant in the Khabarovsk Territory.  The state of the art sugar refinery complex with a logistics area and vessel terminal will have an annual capacity of 500,000 metric tons.  As part of the ASEAN Consortium, this project is being co-financed by a Malaysian company and the total amount of investment is $300 million: $200 million for the construction of the plant, and $100 million in infrastructure and equipment expenses.

RBTH: How do you think Thai investment can be increased in Russia, and in what sectors?

First of all, I see a visible growth of investments in agriculture. I give you an example. In September, CPF Netherlands BV, the subsidiary company of Charoen Pokphand Group (CPG) signed an agreement to acquire CJSC Poultry Parent Stock Production’s Woyskovitsy and Severnaya farms for $680 million. This would give CPG a 5 percent market share in the Russian poultry market.

Experts believe that this deal is one of the first in the new trend of mergers and acquisitions in the poultry industry in Russia.

There are lots of opportunities in the Russian Far East. After Sutech Engineering Co. Ltd. showed the way in Khabarovsk, I believe that many other Thai companies will follow.  Makro, the largest wholesaler in Thailand, is seeking to expand its seafood business to the Russian Far East.

One of our TRCC members PTT, which is the largest State Enterprise in Thailand in the oil and gas business, is also looking for business opportunities with Russia.

The high ranking officials of the two countries are visiting each other in 2014-2016, and this may draw much more cooperation and increase trade and investment in agriculture, auto parts, steel, oil and gas, fertilizer, electronics, and possibly some infra-structure projects, that is railways, and machine and equipment maintenance.  Commercial aircrafts and helicopters is another potential area to grow into the future.

RBTH: Do you see any obstacles or difficulties in Thai-Russian trade?

Yes, I do.  I see some difficulties, especially in the different mentality, culture, and languages, which makes it difficult to engage in business negotiations, trade and investment.

These are not obstacles for large enterprises, but it is still a threat for SMEs of the two countries.

Another obstacle lies in financial transactions to facilitate bilateral trade and investments between the two countries.  Fostering inter-bank cooperation is necessary and one of the largest Thai banks, the Thai Farmers’ Bank is currently working on this matter to explore ways to strengthen inter-banking interaction and smoothening trade settlements, including the possibility of using national currencies.

Last week, an initial meeting between the representatives of the Farmers’ Bank and the Bank of Thailand (BOT) was conducted at the office of TRCC to exchange information for the important meeting between the BOT and the Central Bank of Russia in Bangkok in December 2015.

RBTH: What about Russian investments in Thailand? Can you name some?

Russian business people have invested in real estate projects in Thailand’s popular tourism areas such as Pattaya, Phuket and Samui.  A number of bars and restaurants are owned by Russians in these areas. Russians operate legal service bureaus, shops, and Thai spa parlors.

I would like to suggest that, Russian investors consider manufacturing rubber products. Thailand is the world’s number one rubber exporter.  As the rubber price is extremely low and export of Thai rubber has dramatically decreased, this may be a big opportunity for Russian investors to produce rubber value-added products such as tires for exports.