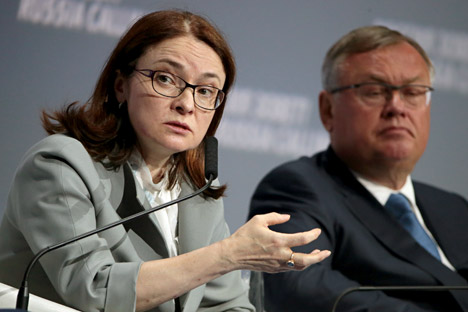 Russia's Central Bank Governor Elvira Nabiullina made the Forbes 2015 rating of the most influential women in the world.

Mikhail Metzel/TASS
Despite large number of female managers in Russia, experts caution that women are mostly active in small businesses.

While Russia is believed to have the largest proportion of women in senior managerial positions in the world, women are mostly active in small businesses. In the medium and large business segments, they usually work as deputies.

According to the ‘Women in Business: From Classroom to Boardroom’ survey carried out by the Grant Thornton auditing firm, Russia has the world’s highest proportion of female top managers. The survey says that women occupy about 40 percent of senior management positions in Russian companies. Georgia is in second place (38 percent) and Poland in third (37 percent). Yet in Japan, women occupy just 8 percent of senior management positions, in Germany 14 percent and in India and Brazil 15 percent.

Women in Russia are successful in information technology, retail trade, media, production, transportation, communications and politics, according to the survey, while men occupy the highest positions in the oil, gas, and metallurgical sectors. Globally, the number of female top managers increased from 19 percent in 2004 to 22 percent in 2015.

Some multilateral organizations evaluate gender equality in Russian business differently than in the Grant Thornton survey. According to the World Bank, there is a large gap between male and female incomes in Russia. On average, women earn 30 percent less than men.

Contrasting the Grant Thornton report, the International Labor Organization said in early 2015 that Russia ranks only 25th place when it comes to the proportion of women in managerial roles (39.1 percent). The organization says Jamaica has the highest percentage of female managers (59.3 percent).

“We still haven’t reached the normal proportion of 50:50 concerning men and women in business management positions and if we consider that there are more women in Russia than men, then the proportions would not be 50:50 but somewhere around 40:60 in favor of women,” says Elena Yakhontova, professor at the Ranepa Higher School of Business Management.

She says there are still significantly fewer female business managers than male.

In small businesses, Yakhontova says, the share of companies that women establish is about 50 percent. “These are owners of an endless number of cafes, bakeries, farms, pharmacies, dental clinics and consulting companies,” she adds.

“The origins of discrimination are in the mentality. For now, the prevailing stereotype is that men make better managers.”

Despite these difficulties, women occupy four key positions in the Russian public arena. According to a rating published by the Ekho Moskvy radio station, the most influential woman in the country is the Chairwoman of the Federation Council, the upper chamber of Russian Parliament, Valentina Matviyenko.

In second place is the Chairwoman of the Russian Central Bank, Elvira Nabiullina. The First Deputy Prime Minister Olga Golodets is in third place. The fourth most influential woman in Russia is Tatyana Golikova, head of the Account Chamber of Russia, a special government organ responsible for effective budget spending.

Only one Russian woman, however, made the Forbes 2015 rating of the most influential women in the world — Elvira Nabiullina.

The careers of such women are similar. “There are many female deputies in the ranking,” says Yakhontova. “In small and medium-sized businesses, there are many women in leading roles — they simultaneously hold the positions of owner and manager.”

Nabiullina started her government career in the beginning of the 2000s as first deputy minister of economic development. Her supervisor was the author of key economic reforms in the 2000s, German Gref.

The Account Chamber’s Golikova was working at the same time as first deputy of another reform strategist, then Finance Minister Alexei Kudrin.

Golodets held the position of deputy general director of Norilsk Nickel, the world’s largest producer of nickel and copper.

Yakhontova is certain that one of the most influential women in Russian business is Bella Zlatkis, deputy chairwoman of the state-owned Sberbank, the country’s largest bank.

She also mentions Olga Dergunova, head of Rosimuschestvo, the government organ that manages most of the state’s assets. She was also the president of Microsoft Russia and then worked for Russia’s second-largest state-owned bank, VTB.

In 2002 the Wall Street Journal placed Dergunova on the list of the 25 most successful and influential businesswomen in Europe. While these success stories are encouraging, women still have a long way to go in Russia. 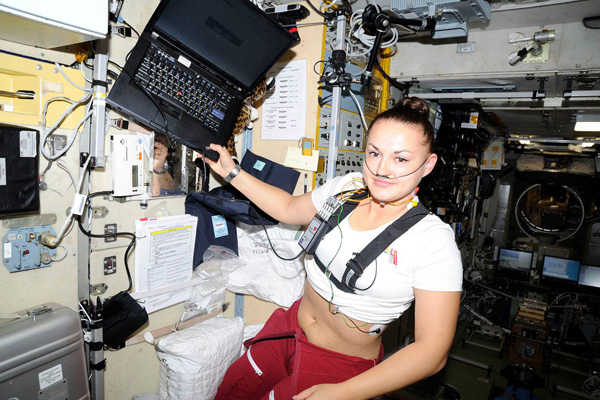