How much are Western sanctions hurting Russia's economy? 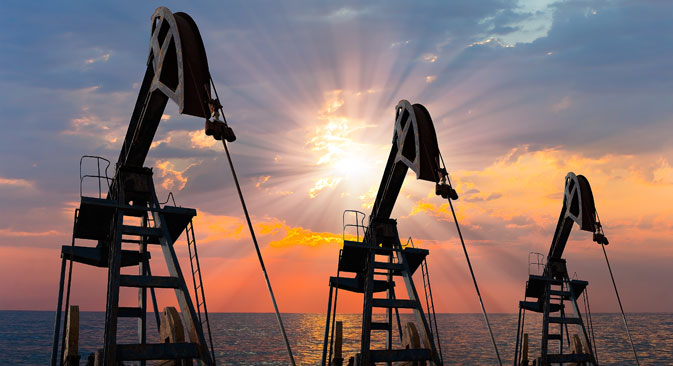 Shutterstock / Legion-Media
The difficult economic conditions have forced Russian businesses to reassess, which could be a good thing in the long run.

Sanctions imposed by Western nations on Russia over its involvement in the Ukraine crisis and absorption of Crimea have hurt the country’s economy, but not mortally wounded it. The collapse of oil prices and the subsequent devaluation of the ruble have done far more damage. But faced with this double whammy, the Kremlin is in crisis mode and trying to stitch together a rescue package. In the long run, the current squeeze may end up being a boon for Russian companies, as firms used to easy profits have been forced to cut costs and improve really bad management practices.

The sanctions imposed last year were largely symbolic, with the notable exceptions of the ban on offering Russian companies anything more than 30 days’ credits, and the list barring Western firms from doing business with some of the largest corporate and financial institutions in the country. As a result, the banking sector is bearing most of the brunt of the move.

“In the old days, our business was easy,” said one senior banker who didn't want to named. “We borrowed long, cheap money from the international markets and lent it short and expensive on the domestic market.”

That business has been brought to an abrupt end. As Russia has failed to establish its own institutional investors, including things like pension and insurance funds, there is no alternative source of long-term credit except the Central Bank of Russia (CBR). Although at the moment the Central Bank is sitting on $370 billion - enough to keep the sector liquid - the bank has problems with its exposure. Central bank funds currently make up some 15 percent of all banking liabilities, up five-fold from the 3 percent they made up during the worst of the 2008 crisis.

Happily the peak seems to have passed and the CBR is now unwinding its position to the banking sector, but it is still not out of the woods. Following an emergency hike in interest rates in December 2014, the cost of capital is impossibly high. Despite five rate cuts this year, interest rates are currently 11 percent and need to get into single figures before companies can afford to borrow again to make investments. That is not likely to happen until the middle of next year. In the meantime, banks are unable to make profits and most are simply subsisting.

“The problem is that we won’t lend to the companies that want to borrow from us,” Herbert Moos, deputy C.E.O. of VTB Bank said. “And the ones we want to lend to don't want to borrow at these prices.”

The lack of lending is weighing heavily on the economy, which contracted by 4.1 percent in the third quarter and is expected to end the year at -3 percent.

The collapse of oil prices and the subsequent devaluation of the ruble were real disasters for Russia. As some two-thirds of both the federal budget and export revenue come from oil exports, the size of Russia’s economy has been more than cut in half in dollar terms. However, a quirk of accounting has meant that the federal budget has automatically corrected to make the pain bearable.

The budget assumes a dollar oil price to estimate its revenues, but the spending is fixed in unadjusted rubles. If the price of oil changes, the government is one of the biggest winners from the devaluation: Its oil tax revenue dollars can buy twice as many rubles to cover unadjusted ruble expenditures. Nevertheless, the fall in oil has badly hurt growth, which reduces tax revenue. This year the government is expected to run a deficit of 3 percent of GDP.

The change in the value of the ruble has virtually wiped out any business that depends on imports. For example, although five of the world’s biggest car manufacturers have production facilities in Russia, they still import up to 60 percent of their parts, which are now twice as expensive for local buyers. Car production was down by a quarter over the first 10 months of this year to just over 1 million units, and way off the approximately 4 million cars Russia was on track to produce in 2008, which would have made it the biggest car market in Europe.

The cost of foreign holidays has also doubled, while real incomes fell just over 9 percent in the first nine months of this year. That means the once booming tourism business has been hit by a slate of bankruptcies, which will only get worse after Russians cancelled holidays to Egypt and Turkey – the two top destinations for Russian vacationers – due to terrorism fears.

However, the crisis has been a boon for other sectors. Supermarket chains are expanding at top speed, almost entirely unaffected by the crisis. With all imported foods cleared from shelves due to a combination of Russia’s own sanctions on foreign food products and the price increase due to the ruble devaluation, shoppers have retreated to the leading chains to buy Russian-produced goods. Local manufacturers have popped up to replace the missing products, and Russia’s cheese production was up 40 percent in the first half of this year.

Likewise, Russian exports are having a bonanza, as their domestic ruble costs have been cut in half while revenues from the international markets in dollars have remained the same. Raw material extractors and related business have seen profits boom. Leading steel mill Magnitogorsk reported record profits in the third quarter, and agricultural giant Rosagro reported record-breaking revenues.

This is not to say that times are good for Russian business. High inflation, the high cost of capital and the falling real income of the population has curbed growth and investment for most companies. But analysts speculate that this could be healthy, as it forces companies to become more efficient.

The OSCE found that Russia had the lowest productive of any country in Europe in a study two months ago and was half the European average. But now Russian productivity is rising twice as fast as the EU average and is currently at an all-time high. Maybe a year or two of austerity is just what Russian companies need to get rid of the excess fat they gained during the heyday of the boom years in the mid-2000s.

Read more: What awaits Russia’s economy in 2016 – collapse or recovery?