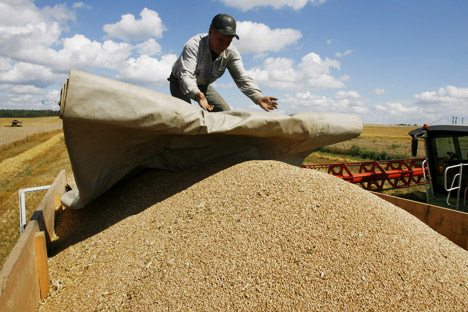 An import of Russian wheat.

RIA Novosti
China to accept Russian wheat in the dry port of Manzhouli.

A month after Beijing lifted a near two-decade ban on Russian wheat, Russia will export the commodity to China’s Inner Mongolia region.

The dry port of Manzhouli, Inner Mongolia will be used as a point of transshipment for wheat imported from Russia, the head of the Heilongjiang province's Association of Applied Economics, Zhang Chunjiao, told Interfax.

In December 2015, China lifted a ban on the import of Russian wheat, which was imposed in 1997.  The lifting of the ban was a part of a protocol on phytosanitary regulations for imports of Russian agricultural products to China.