What did a Swedish CEO bring to Russian car maker AvtoVAZ? 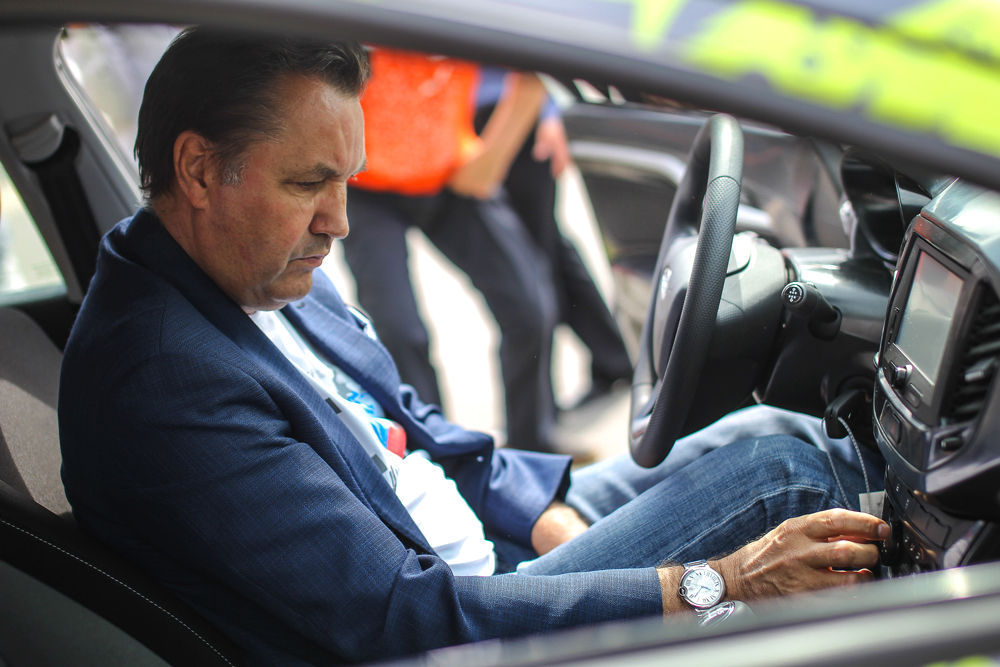 Bo Andersson at the unveiling of new Lada car models, the Lada Vesta and the Lada Xray.

Maxim Tumanov/TASS
Swede Bo Andersson has been released from his position as head of leading Russian car manufacturer AvtoVAZ after two years at the helm. Yet although the company has suffered record losses recently, Andersson received praise for the reforms he instituted.

After just over two years as head of Russian car producer AvtoVAZ, maker of the Lada, Swede Bo Andersson has been dismissed, according to an announcement made on March 9 by Alliance Rostec Auto BV (which owns 74.51 percent of AvtoVAZ).

One of the unspoken reasons is the factory shareholders' (the Russian state corporation Rostec and the main owner, the French-Japanese Renault-Nissan concern) dissatisfaction with AvtoVAZ's financial indicators. The Russian carmaker finished 2015 with record losses estimated at $983 million.

Yet despite Andersson’s dismissal, industry insiders say that under the Swede the company experienced a renaissance. So what changes did the Swede bring about in the way the company was run, and what legacy does he leave behind?

Andersson took charge of AvtoVAZ in January 2014 and immediately set about creating order in the factories and generally cleaning them up. On his first day of work he was reportedly so horrified by the factory toilets that he ordered for them to be renovated.

Andersson used to say that one of AvtoVAZ's main problems was its image.

He thus changed the company's corporate style: The logo and the dealers' corporative identification were modified; he also launched an active marketing campaign.

Andersson himself started driving the factory's VIP Lada Largus, though currently he gets around in a Lada Vesta.

However, Sergei Chemezov, head of AvtoVAZ's co-owner Rostec, criticized what he saw as the use of staff cuts as an anti-crisis measure, saying that the company could have been more delicate when it laid people off.

Andersson reorganized work with AvtoVAZ's partners, including suppliers, in order to improve the quality of sales. Cooperation was stopped with a series of companies, while new demands were made on others.

"It is completely clear that if we had not taken these steps at the right time, we would never have been able to launch the Lada Vesta and Xray models," Andersson later said in an interview with the pro-Kremlin daily Izvestiya.

A new series of models

Russian President Vladimir Putin gets into an AvtoVAZ Lada Vesta before driving to attend a session of the Valdai International Discussion Club in Sochi, October 22, 2015. Source: Reuters

While Vesta sales were not as successful as experts had anticipated, with only 2,850 cars sold instead of the planned 5,000 in the first month, the other Lada model, Granta, was the most sold car in Russia in 2015.