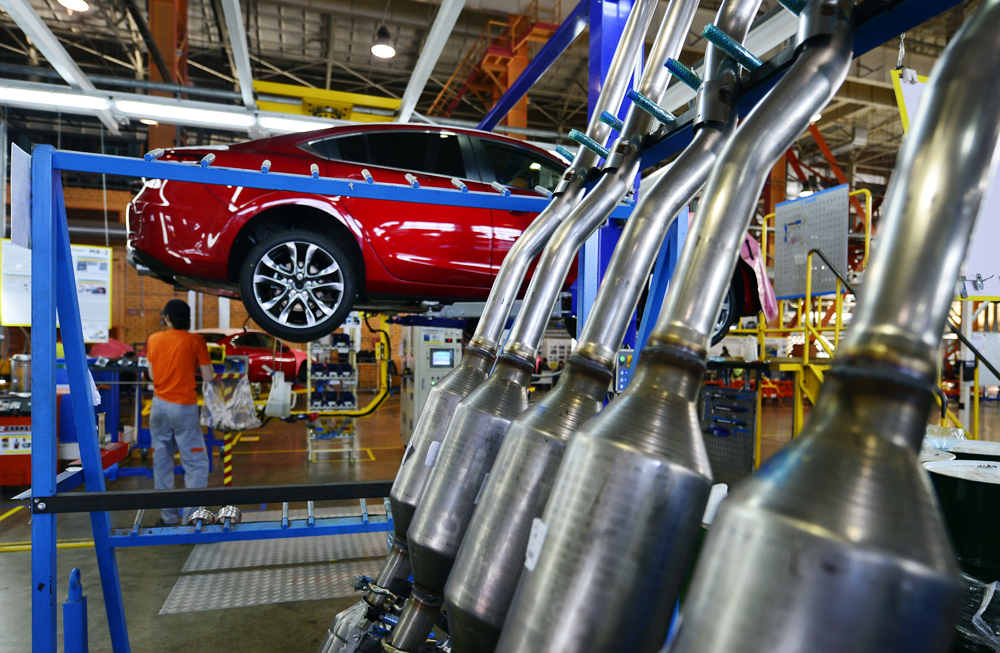 Yuri Smityuk/TASS
The Russian government has found a way to simultaneously give foreign businesses a possibility to bypass Western sanctions and protect them from changeable laws.

Can a foreign company bypass sanctions and open a business in Russia, producing products that are forbidden to import from abroad? The answer now is that yes, it can, following the introduction of a new type of contract for investors.

The new type of contract is called the Special Investment Contract (SIC). It appeared in the middle of 2015 and was tested by several Russian enterprises in the regions. Then foreign companies began demonstrating their interest.

The first foreign investor that will sign the SIC is the Mazda Sollers car manufacturer. The company will produce engines in Vladivostok in Russia's Far East (50,000 units annually) and investments will amount to $30.8 million (2 billion rubles). A second project involves the assembly of new cars. The contract will last until 2023.

German agricultural technology producer Claas is also looking at taking advantage of the opportunity. For now the company, whose investments for the next 10 years are estimated at $12.3 million (800 million rubles), is only discussing the list of preferences and obligations with the Russian authorities.

A representative of the Industrial Development Foundation, which is responsible for signing the SICs, said that more than 100 applications for various businesses are still being considered.

These include the Czech company Kovosvit, which wants to produce machines for metal working in the Rostov Region, Volkswagen, as well as DMG MORI, which manufactures cutting machine tools.

What does the contract guarantee?

The contract was created for those who want to establish an industrial plant in Russia. Each contract is stipulated individual, meaning there is the possibility to create exclusive conditions for the company to realize its project. The higher the level of localization, the more benefits the investor can receive.

However, this has nothing to do with state subsidies or other types of financial assistance from the state budget. The benefits include tax breaks, lowered rents and other privileges that are indicated by the law. The most important thing is that the government guarantees that the conditions stipulated in the contract will remain unchanged throughout its duration.

"The investor receives immunity not only from the unilateral changes in the document but also from a change of legislature. For example, the investor will not be subject to new taxation if it appears," explained Nikolai Patskov, founder of the FreshDoc.ru document stipulator. This is extremely important for a long-term business plan and up to now the absence of such guarantees has discouraged many foreign entrepreneurs.

Not everyone can apply for the SIC

However, the new type of contract will not be able to help everyone bypass the sanctions. As the Industrial Development Foundation underlines, the SIC can be provided only to companies from specific industries:

- pulp, and paper and wood

Foreign enterprises in these sectors, which due to sanctions have stopped supplying their goods and technology to Russia, can now bypass the ban. However, the fiscal benefits do not apply to the food industry, as well as to extractive industries such as oil and gas.

The developers of this investment instrument, which is new for Russia, point to Hungary and China as successful examples.

In Hungary this contract's main aim was to increase employment numbers and create commercial enterprises in regions with a high level of unemployment. The government offers an individual fiscal tariff plan with significant benefits, meaning that as a result Hungary is now the top country in Central and Eastern Europe in terms of volume of foreign investments per capita.

In China, meanwhile, the instrument helped stimulate export. The government offers fiscal benefits and special credits, and companies are freed from subsidizing their workers and employees. The privileges became so popular among entrepreneurs that in seven years (from 1991 to 1998) the volume of investments increased tenfold, from $4.4 billion to $45.5 billion.