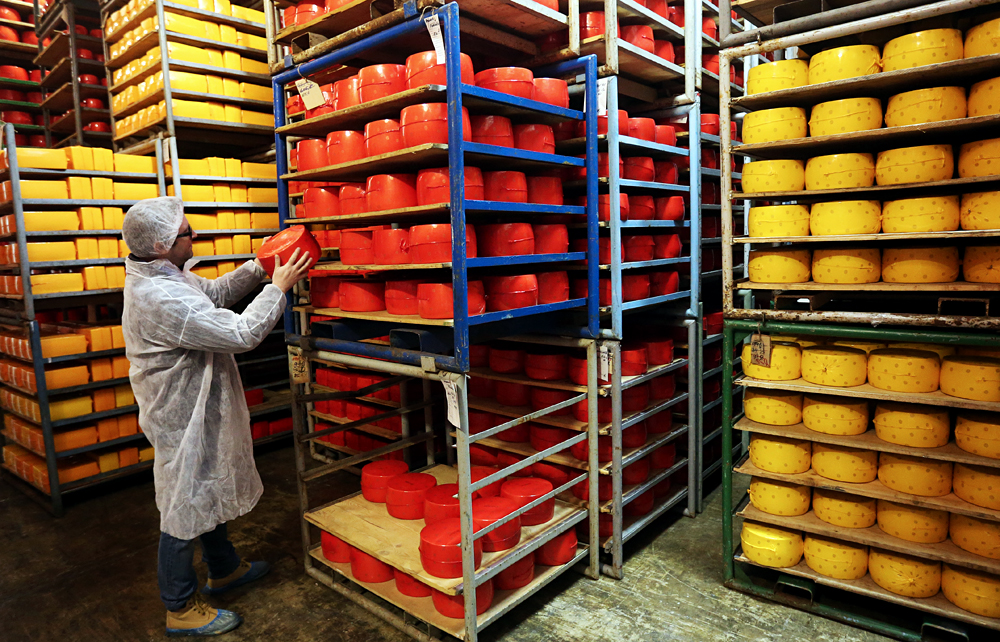 The German firm will purchase a number of cheese production facilities in Russia.

The Russian Federal Antimonopoly Service has given the green light to an application from a major Germany dairy company, DMK Deutsches Milchkontor, to buy a number of cheese production facilities in Russia.

The German firm will purchase the Bobrovsky cheese-making plant, as well as the companies CheeseArt (dairy processing and cheese production), Dart (real estate leasing), FlamanFracht (dairy processing and cheese production) in the Voronezh Region and several dairy selling companies based in Moscow and the nearby region, including those forming part of the RichArt Group.

According to the Vedomosti business newspaper, all the Russian assets mentioned in the application are 50-percent-owned by businessmen Igor Kalinin and Arsen Magomedov. Neither was available for comment when approached by the paper.

According to the owner of a large dairy producer, the sides have been in talks for a long time. Vedomosti cites two other sources as saying that before Russia introduced the food embargo in retaliation to Western sanctions in 2014, the RichArt Group was one of the biggest importers of cheeses, including those produced by DMK.

According to a top manager at another major dairy producer, the German company had plans to operate in Russia even before the embargo was introduced.

In 2015, the CheeseArt company received a 150-million-ruble ($2.3-million) loan to purchase new equipment for cheese packaging and for producing mascarpone and mozzarella cheeses.