Would France’s rejection of American LNG open the door for Gazprom? 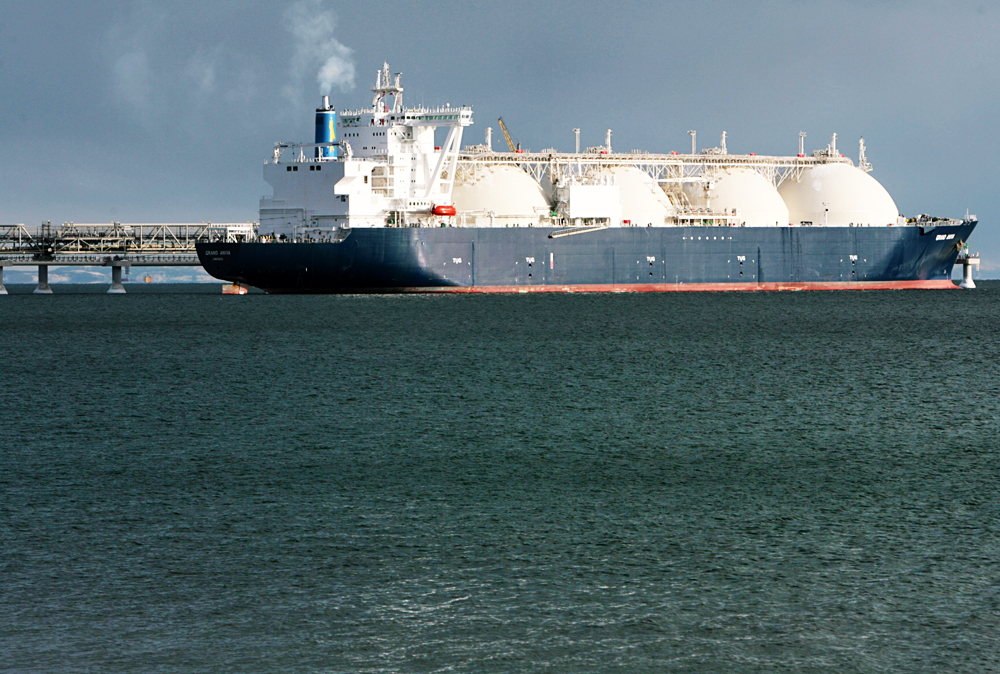 A liquefied natural gas tanker sits near an LNG plant on Sakhalin island outside the town Korsakov, 2009.

AFP/East News
The French government has proposed a ban on imports of shale gas. Russian experts believe that if the measure is adopted, it will serve the interests of Russian companies such as Gazprom and Novatek.

The French government is to study the possibility of banning the import of LNG (liquefied natural gas) from the U.S., according to a statement made by French Minister for Ecology, Sustainable Development and and Energy Ségolène Royal, reports Reuters.

The decision is related to the fact that LNG contains about 40 percent of shale gas, the production of which has been banned in France since July 1, 2011. Now the government is proposing to expand the ban to imports.

Earlier, two French companies, EDF and Engie, had signed contracts to receive American gas. The first shipments of LNG were supposed to arrive in the summer of 2016 at the port of Dunkerque in the north of France.

"This decision will make French companies reorient themselves to other sources in order to import gas that is produced with traditional means," said Royal.

Russian experts believe that the French decision may strengthen the position of Russian gas companies.

One of the "other sources" mentioned by Royal could be, for example, the Russian company Novatek (16 percent of its shares belong to French oil giant Total), with which Engie signed a contract in June 2015 on the annual supply of one million tons of LNG (1.3 billion cubic meters) from the Yamal LNG terminal for a period of 23 years.

Supplies from Yamal LNG are scheduled to begin in 2017 (20 percent of the future gas will be transported also by Total, which has a share in the project).

But the biggest winner from such a course of events may be the Russian gas giant Gazprom, which still has the monopoly on Russian pipeline gas to Europe (Russian gas volumes are primarily exported through pipelines). Russian gas covers almost a fourth of France's consumption and the country is Europe's fifth largest consumer of Russian gas.

The French government was never interested in how Russian gas is delivered. In relation to such quantities, the volumes of American LNG that Engie and EDF signed to receive do not appear so significant, said Alexei Kalachev, an analyst for investment company Finam.

"Russian pipeline gas is cheaper for the EU than gas purchased from the U.S.," said Ivan Kapitonov, professor at the Higher School of Corporative Management at the Russian Presidential Academy of National Economy and Public Administration. In his words, that is why France's refusal of American gas can be linked not so much to ecological or political reasons as to economic ones.

Despite the fact that volumes of American LNG for now make up about one tenth of what Gazprom supplies to France (9.7 billion cubic meters in 2015), in the future the U.S. hopes to increase its supplies (new terminals are being built in the U.S. for this reason). For this reason, if the ban on LNG is introduced, Gazprom will lose a serious competitor in France, explained Kapitonov.

In other countries the situation for Gazprom appears to be more worrisome. In April 2016 America's Cheniere Energy delivered its first shipment of American gas to the European continent – to Portugal. Moreover, U.S. companies are ready to build floating terminals to receive and store LNG on the coasts of Croatia and Greece. The consumers of this gas would be the Balkan states and the Eastern European countries, the traditional consumers of Russian gas.